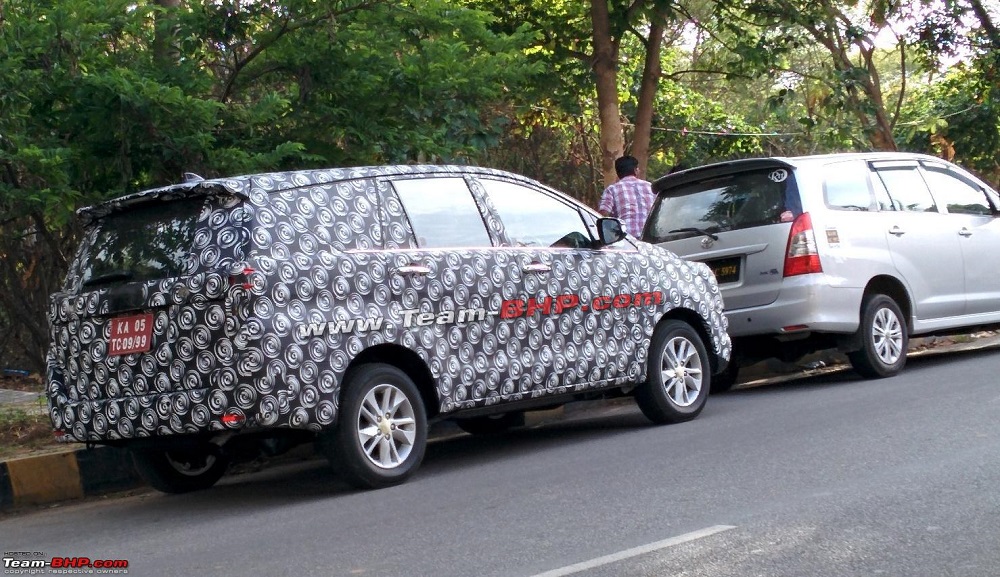 In a surprise scoop, a heavily camouflaged Toyota Innova was spotted doing the rounds on Bangalore roads by tharian, a Team-BHP.com member. In all probability this is the new 2015 Innova and not just a cosmetic job like the current one that Toyota launched in the last quarter of 2013.

The biggest change on the outside is the front design which takes a departure from the current one’s MUV style. The sloping bonnet now gives way to an SUV-like flat hood and a broad snout that looks like an amalgam of the Fortuner and the Toyota Highlander (sold in the US of A). The headlamps are new too.

The new Innova appears to be longer while the ground clearance seems to have gotten better too. A longer Innova would mean even better overall cabin space which further translates into better room for the last row of passengers. Speaking of which, the sense of space might be negated what with the restyled D-pillar which looks like a chunky triangular piece. 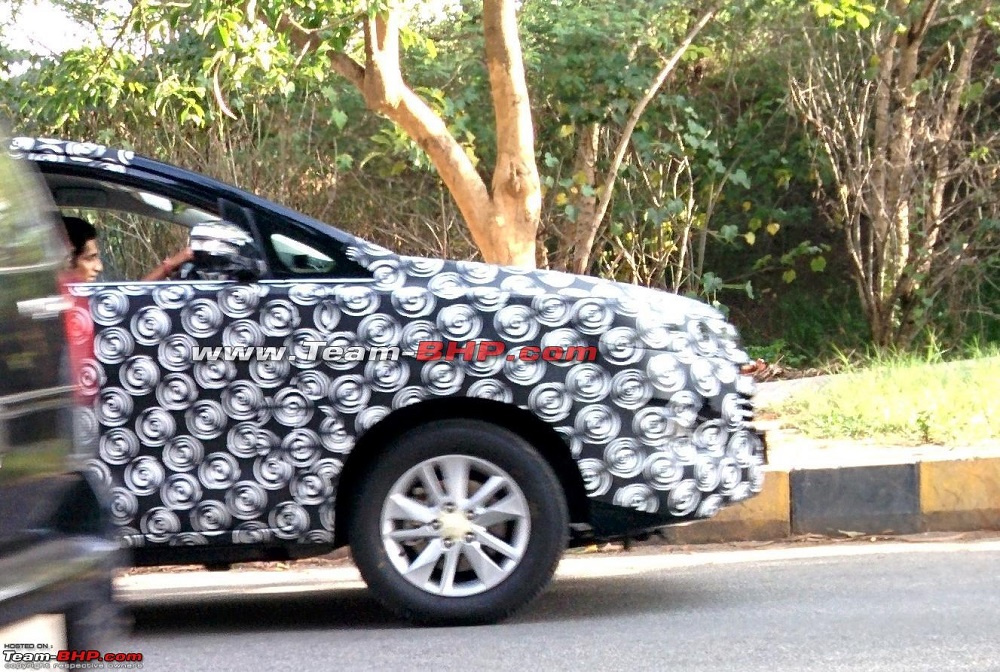 However, I won’t be surprised if behind that camouflage is a quarter glass and a ‘normal’ D-pillar.  The hatch has been redesigned, so are the taillights, and the new car also gets a shark-fin antenna just before the rear spoiler.

Look closely and you will see a difference in the exhaust tip as well. That certainly hints at a different state of tune, at least, if not towards an entirely new engine. However, the increased front overhang again hints towards the latter (read, ‘a bigger engine’).

Toyota’s largest selling model in India continues to be powered by a 2.5-litre diesel engine (there is a petrol also but it’s not a great seller) that produces 102PS of power at 3,600 rpm and 200 Nm of torque between 1,200–3,600 rpm. This engine provides adequate power both in city and highways but sounds stressed at three digit speeds. It’s nothing that a sixth cog can’t cure but more power from this engine won’t hurt. 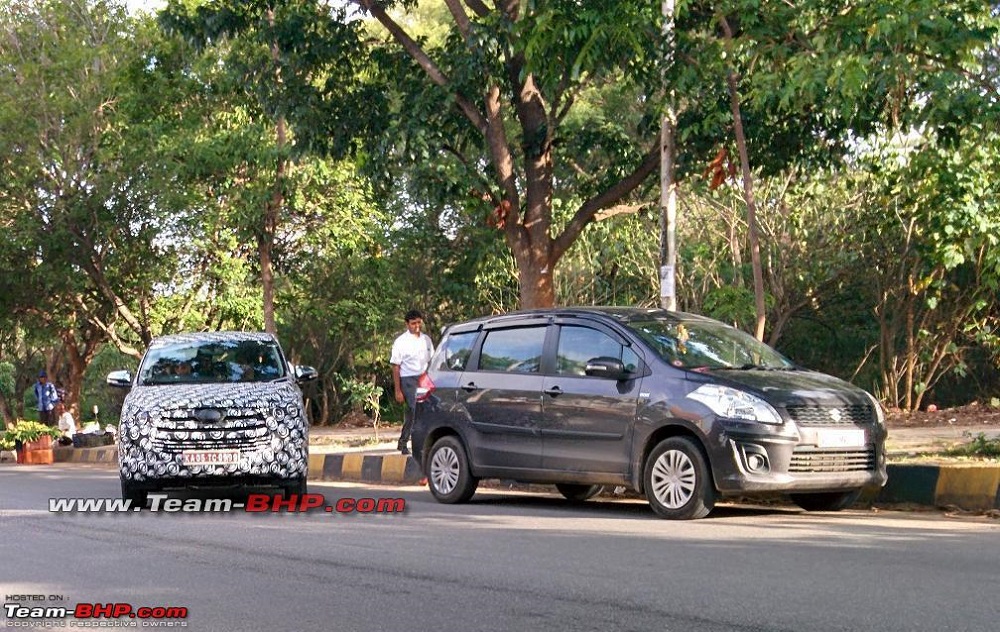 The last facelift in 2013 had already taken the price to a level that made quite a lot prospective owners frown, despite it still being the best vehicle in the segment. With Honda’s Mobilio looking all set to cause serious trouble for even the very successful Ertiga, it would be interesting to see how Toyota plans to find takers for a 20-lakh (or more) Innova as and when it is launched.

Related: Compact Crossover Based on Toyota Corolla Spotted Testing for the First Time