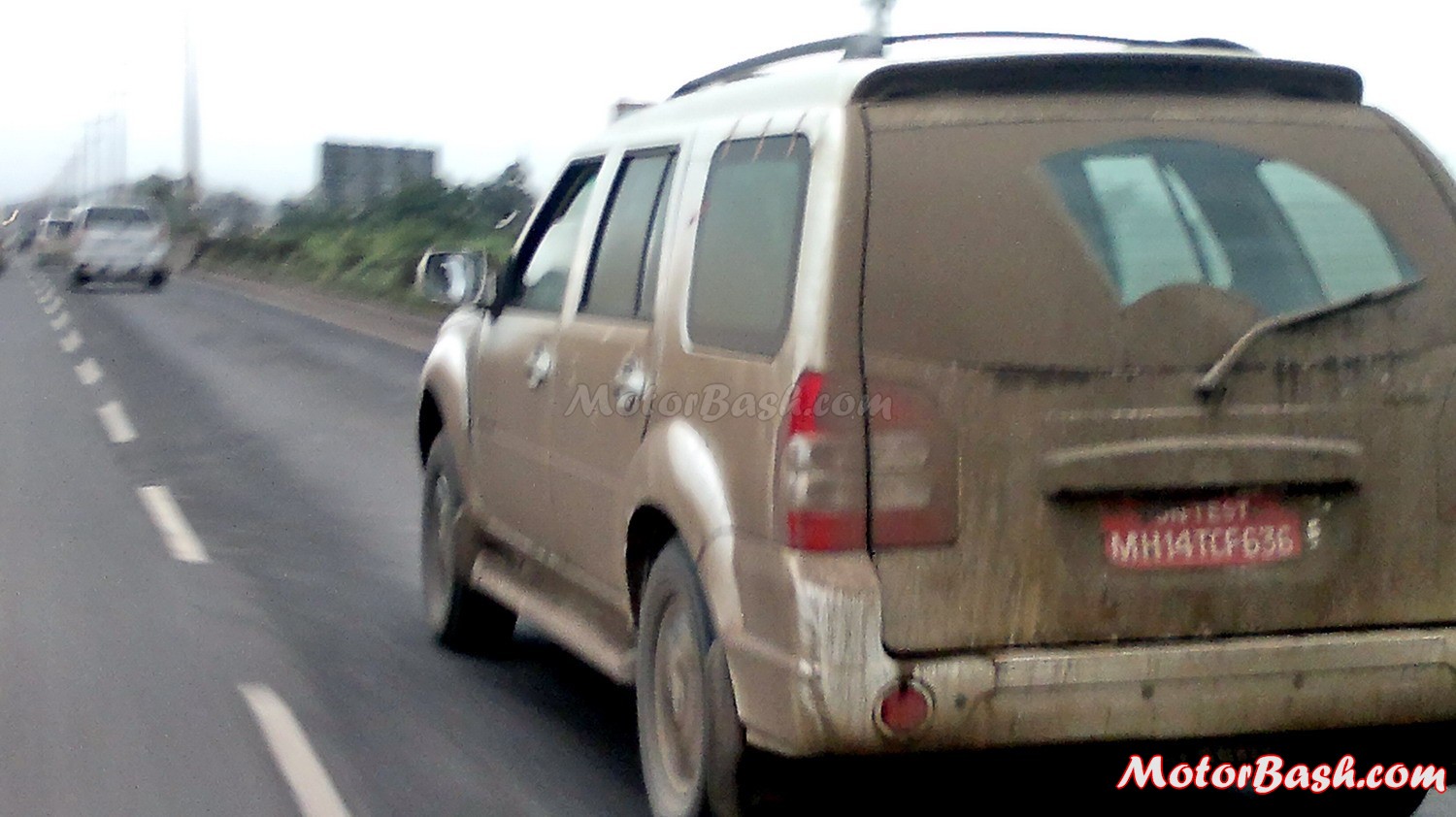 We have had many pictures of ‘On Test’ Force One roaming around over the web. All claims talk about the mules being 4×4. We have also spied few ‘On Test‘ Force Ones many a times but this time its conclusive!

We caught this Force One zipping past around the Pune Bypass road but the clear ‘4×4’ badging gave away the hidden. If you notice the pics, there are 4×4 badgings at the back as well as the sides. These are the first conclusive images of Force One 4×4 test mules.

We could not, however, notice any ‘ABS’ giveaways from the mule. The current Force One is only available in 4×2 without ABS. And the next upgrade was touted to get 4×4 and ABS. There are good chances that Force might launch this 4×4 within this month or probably next month.

As for changes: We could not notice any significant changes on the exterior. It appears that Force would launch this new 4×4 without making many visible changes probably to save costs. However, there should be changes made with respect to the feedback they would have received from actual customers.

What would be interesting to watch would be the pricing point at which Force would put this SUV. The current Force One is available with prices around 12-13 Lakh on road. With the inclusion of 4×4 and possibly ABS it is expected that there could be an increment of around 1.5-2 Lakh on the OTR prices. Still, if Force can keep the prices competent, this very potent SUV could be a real threat to the oncoming competition in the form of Safari Storme.

There are a whole lot of SUVs and compact SUVs that are slated to come to India. Check the comprehensive list here.

1 thought on “Scoop: First Conclusive Pictures of Force One 4X4; Launch Near”