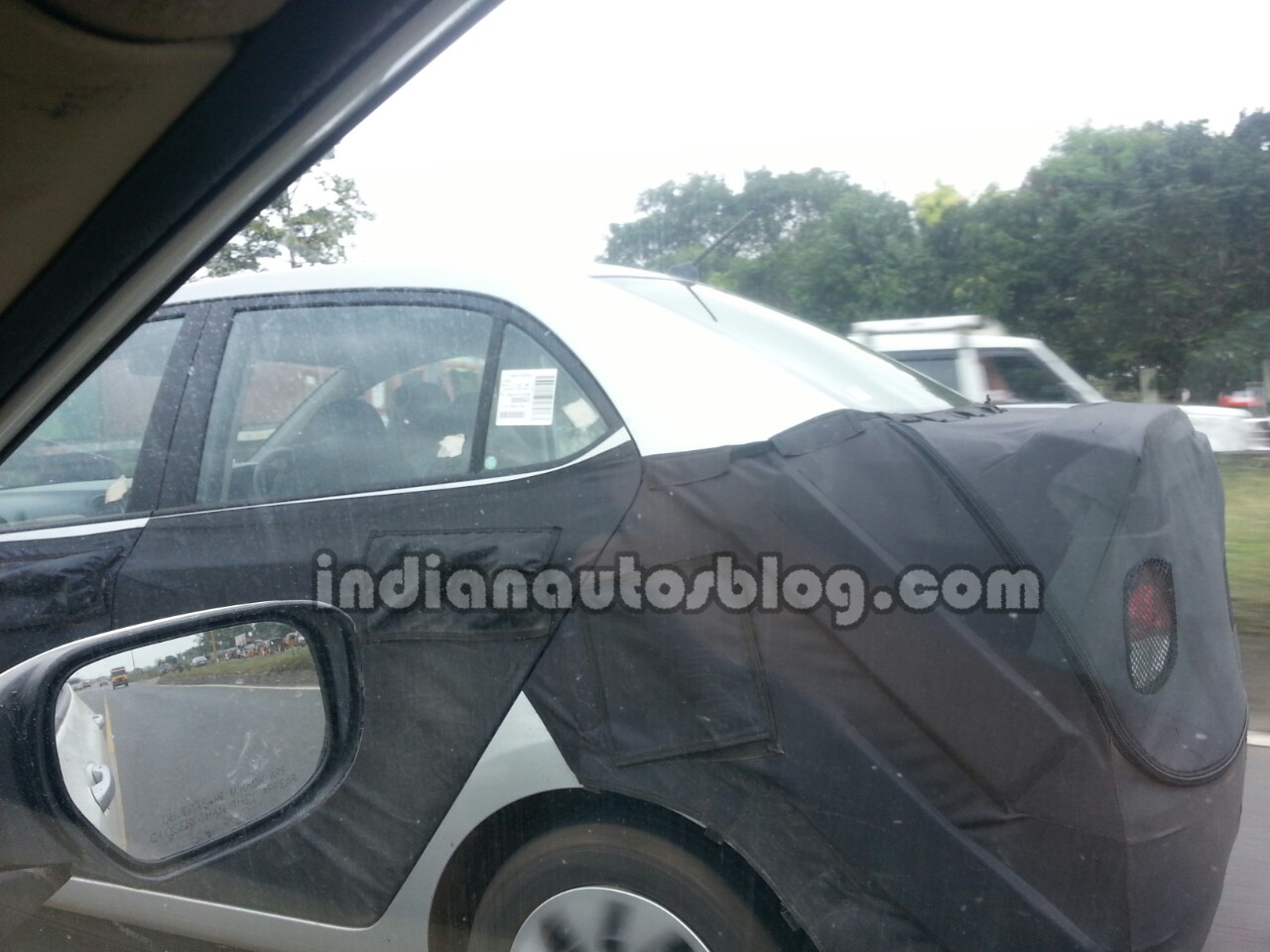 So here we have it! The first ever spyshots of All New Hyundai Grand i10 compact sedan are here shared by an Indianautosblog.com reader Dr. Geo Thachil.

Grand i10 based compact sedan is a sub 4 meter sedan which is basically an extended version of the Grand i10 with a boot which was launched in India recently. It is a similar strategy from Hyundai to what Maruti followed with Swift and Dzire and Honda follows with Brio and Amaze siblings.

This mule was caught testing on the Chennai-Vellore highway near Hyundai’s plant in Sriperumbudur and appears to be the lesser variant under tests. It is also reported that the car looked production ready with minimalistic interior features. Indianautosblog.com reports that Grand i10 sedan carries the same profile, including the rear door, till the C-pillar, after which it gels into the integrated new boot. 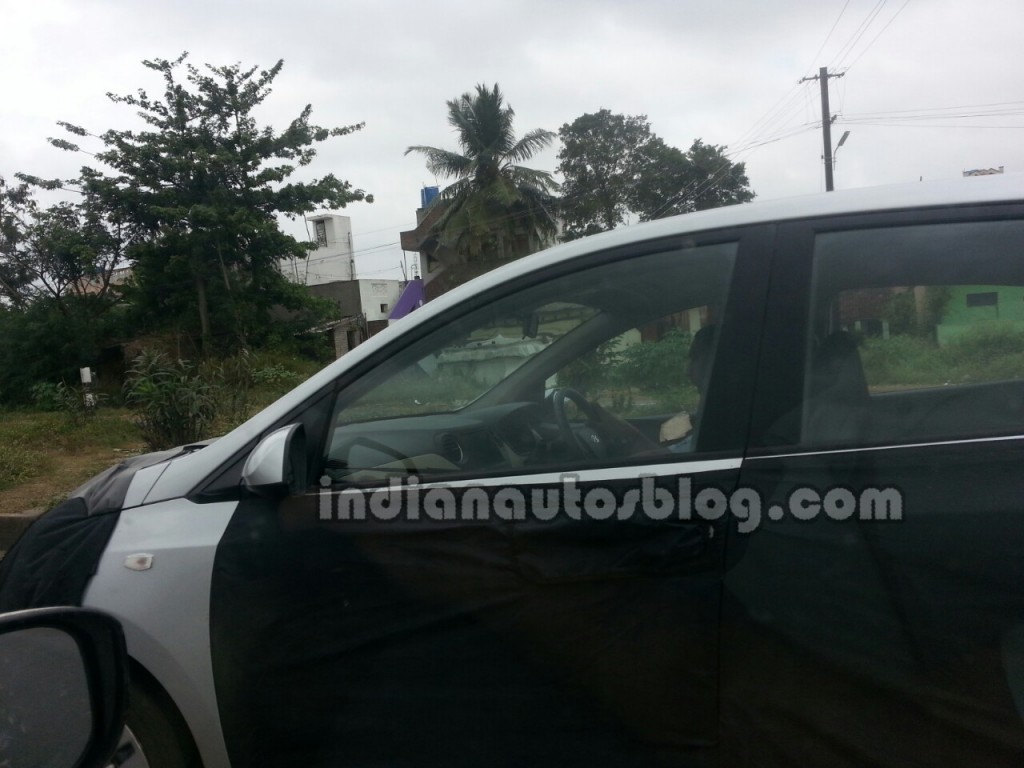 Hyundai Grand i10 sedan will continue to use the same 1.2L Kappa2 petrol engine from the hatchback but a wee bit of tweaking is expected to carry the slightly higher weight of the sedan. 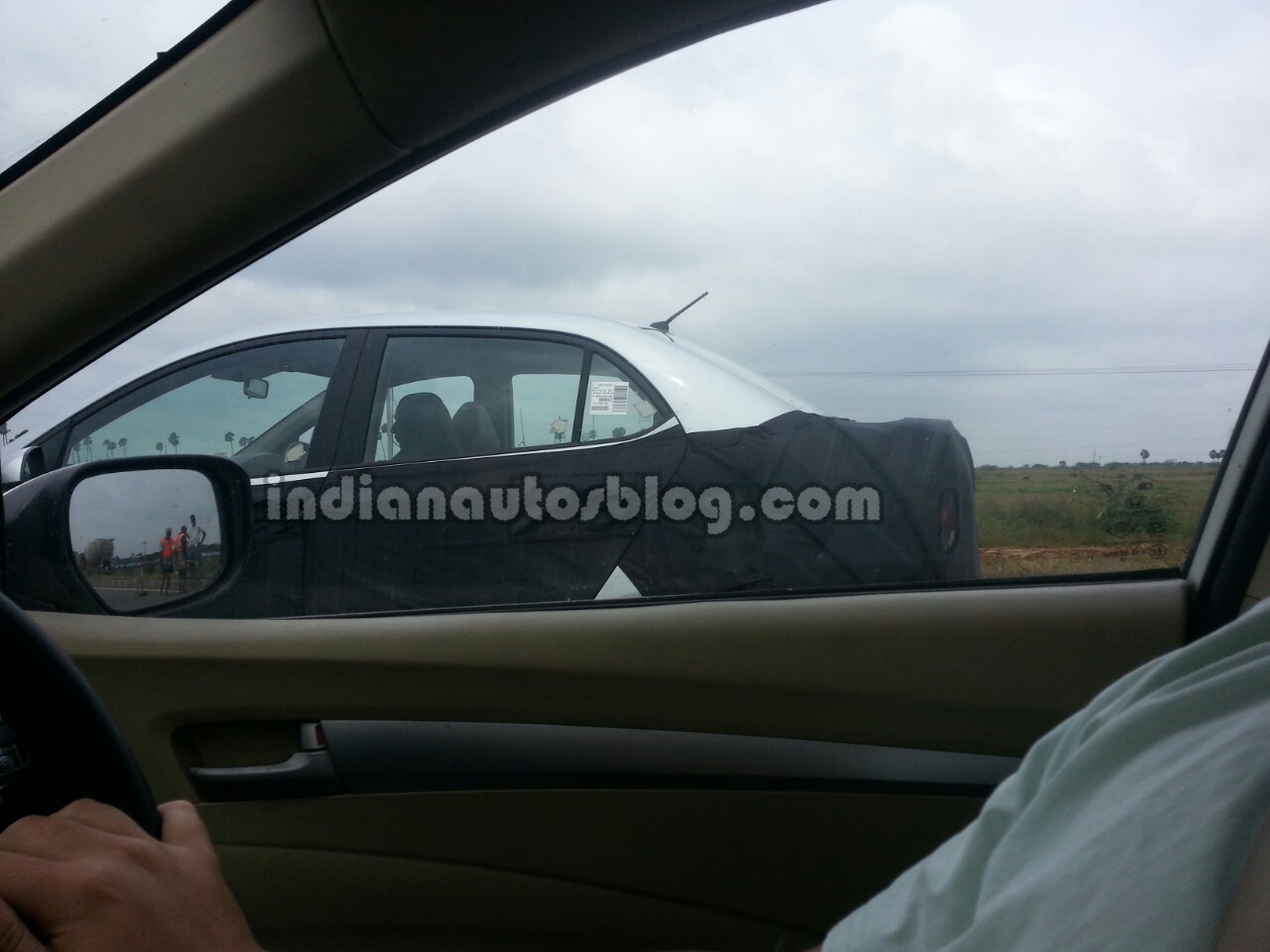 It is the diesel engine that this baby sedan will not share with its sibling. Instead of the 1.1L U2 diesel motor, Grand i10 sedan will sport the 1.4L CRDI diesel engine from i20. (Read More) 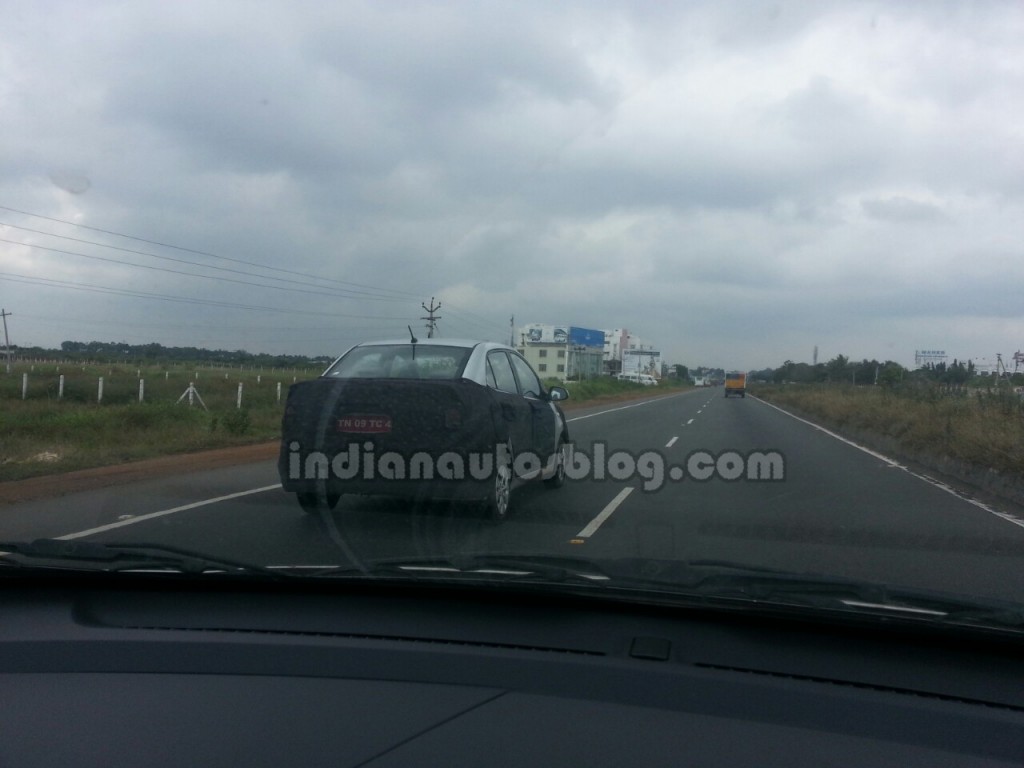 This Grand i10 sedan will be launched in the first half of 2014 and an Auto Expo Delhi showcase is definitely on the cards.

It would be interesting to see, what will Hyundai name their new small sedan. Will it continue the ‘i’ nomenclature or there is something new which Hyundai boffins have in mind. Recently, Hyundai has discontinued the Accent from our market. Does it hint at anything?

But more importantly, are Maruti and Honda worried?