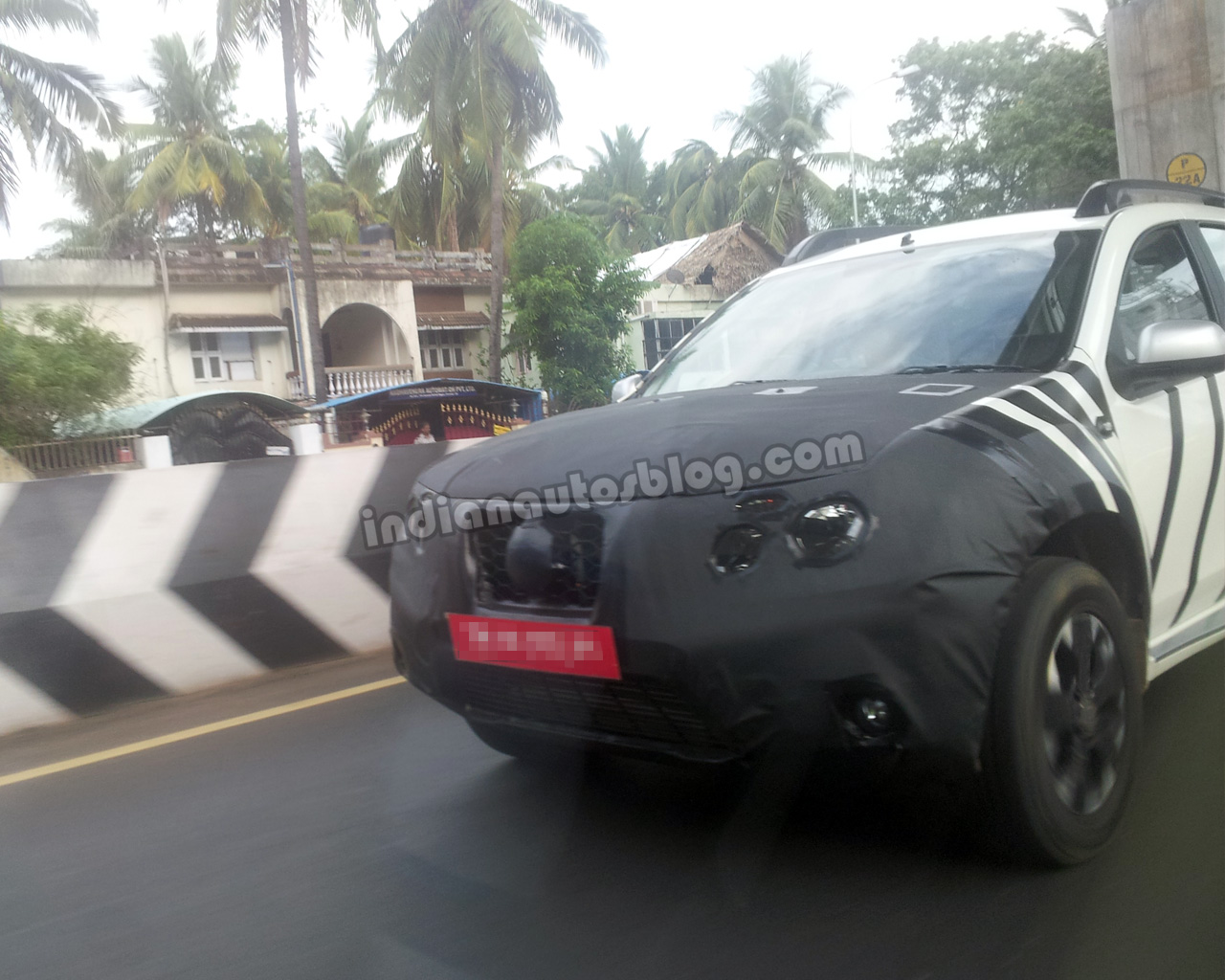 Just yesterday we shared with you Economic Time’s report on the possibility of Terrano’s July launch. And in a remarkable scoop by one reader of Indian Autos Blog, the Nissan Terrano has been captured testing in Chennai.

Mr. Gokulraj Kanagaraj managed to catch this test mule on the Grand Southern Trunk road near the Airport, which eventually takes one to the Renault-Nissan plant on the outskirts of Chennai.

The Terrano is the compact SUV from the stables of Nissan, and is a sibling as well as a counterpart to the mighty Renault Duster. A few weeks back, Nissan had let loose the sketches of the Terrano.

From the spyshots, we have inferred a few more details. Read on :- 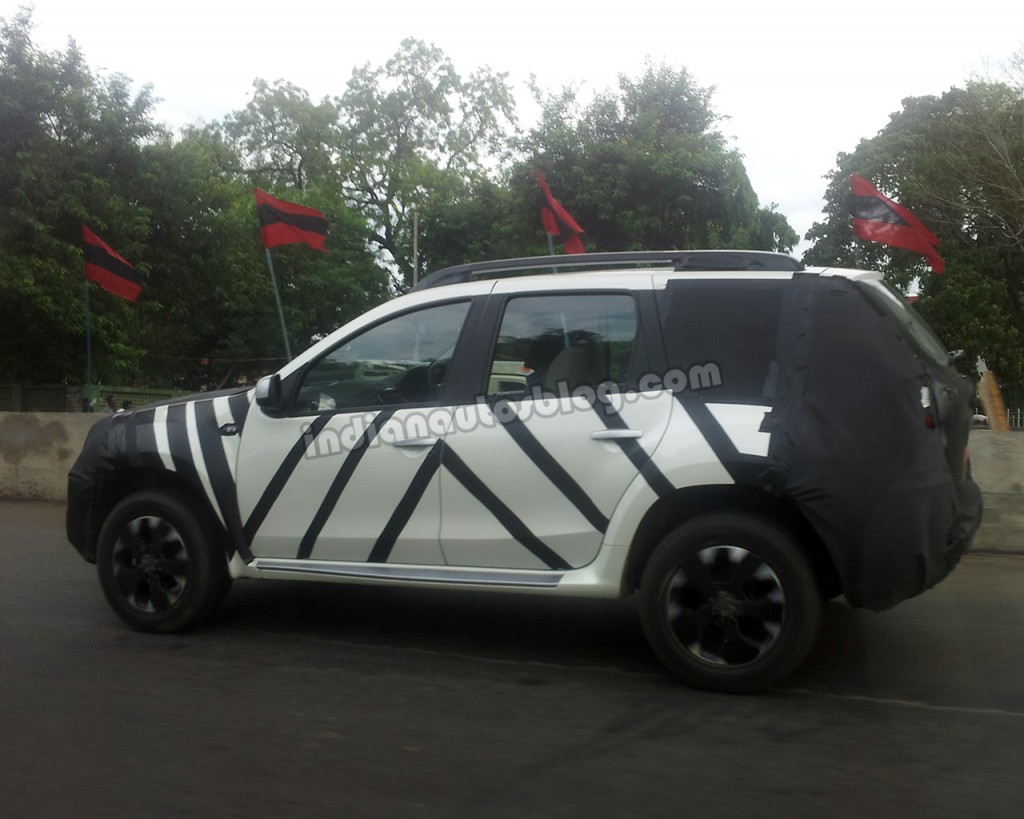 Now, the expectations are ripe that Terrano will hit the market around the festive season, but according to recent reports Terrano might bow in as early as this month as well. It will be a premium version as compared to the Duster, hence you will need to dig deeper to own this. 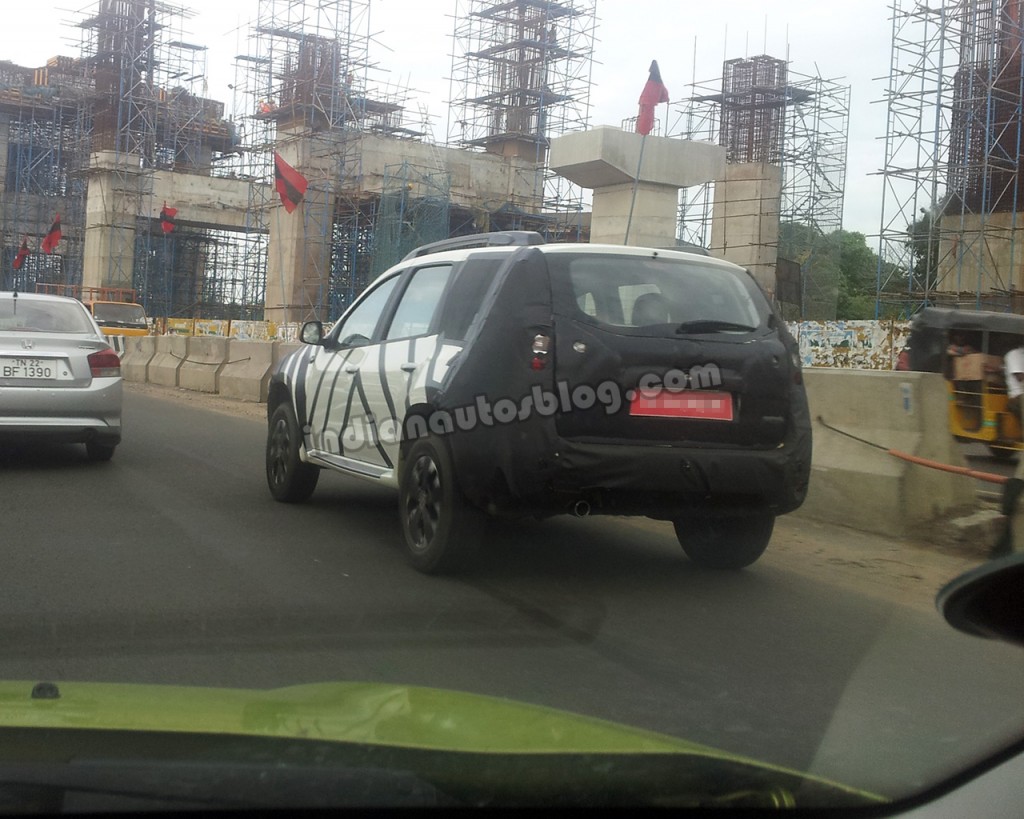