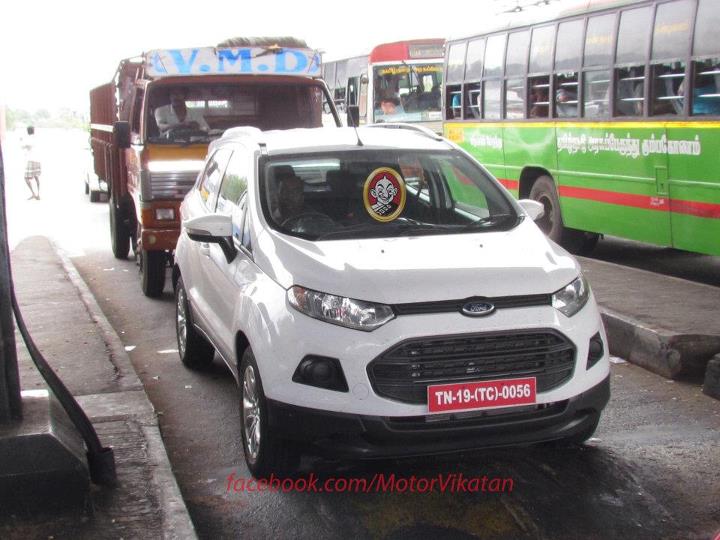 Barely a day has gone by when we shared with you the big scoop of EcoSport caught testing in Chennai, we have got fresh pictures of two new Ford EcoSports doing their business caught by Motor Vikatan.

In our earlier scoop, the test mule caught was clearly badged as ‘TDCI‘ and ‘TITANIUM‘ indicating that it was the diesel version and titanium model (Titanium is generally Ford’s top of the line model). However, in this new set, there are two EcoSport which have been caught. One of them is the same car which was caught earlier but the other one is different with no TDCI badging hinting that this could possibly be the petrol version which Ford is testing. The pics also reveal a bit of the internals of the SUV.

As we willingfully expect, Ford would load the Ecosport with the very famed and eagerly awaited 1L EcoBoost engine along with possibly the 1.5L petrol engine from Fiesta. And this might be one of these engines doing test rounds here.  Unlike the other diesel model caught, this one doesn’t have any mismatch parts and the car looks more complete. However, observe that fog lamps and a few tidbits are still not present on both the cars. 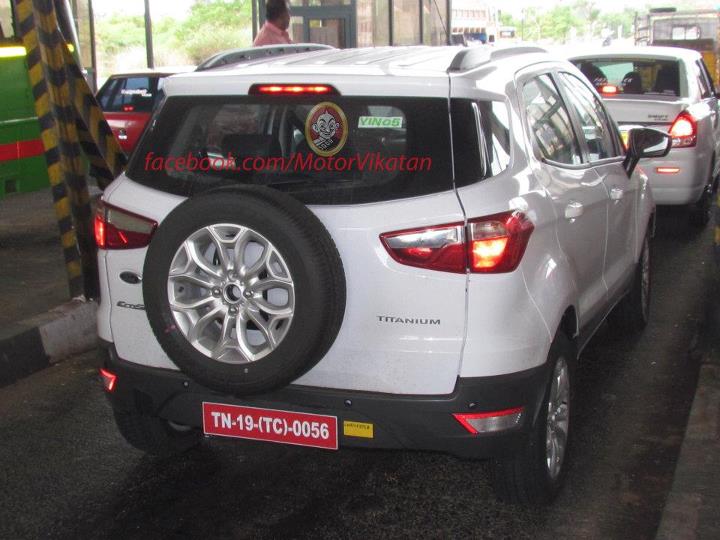 With the frequent back-to-back spy pics of different mules, we start to question our mind. Looking at the immense interest and hype Renault’s Duster has created inIndia, would Ford want to advance its EcoSport launch from early next year. If Ford can manage this, they can very well save a lot of possible damage expected from Duster considering that it is the talk of the town these days and a direct competitor to EcoSport.

You can also check out our yesterday’s report where the diesel EcoSport was caught testing.