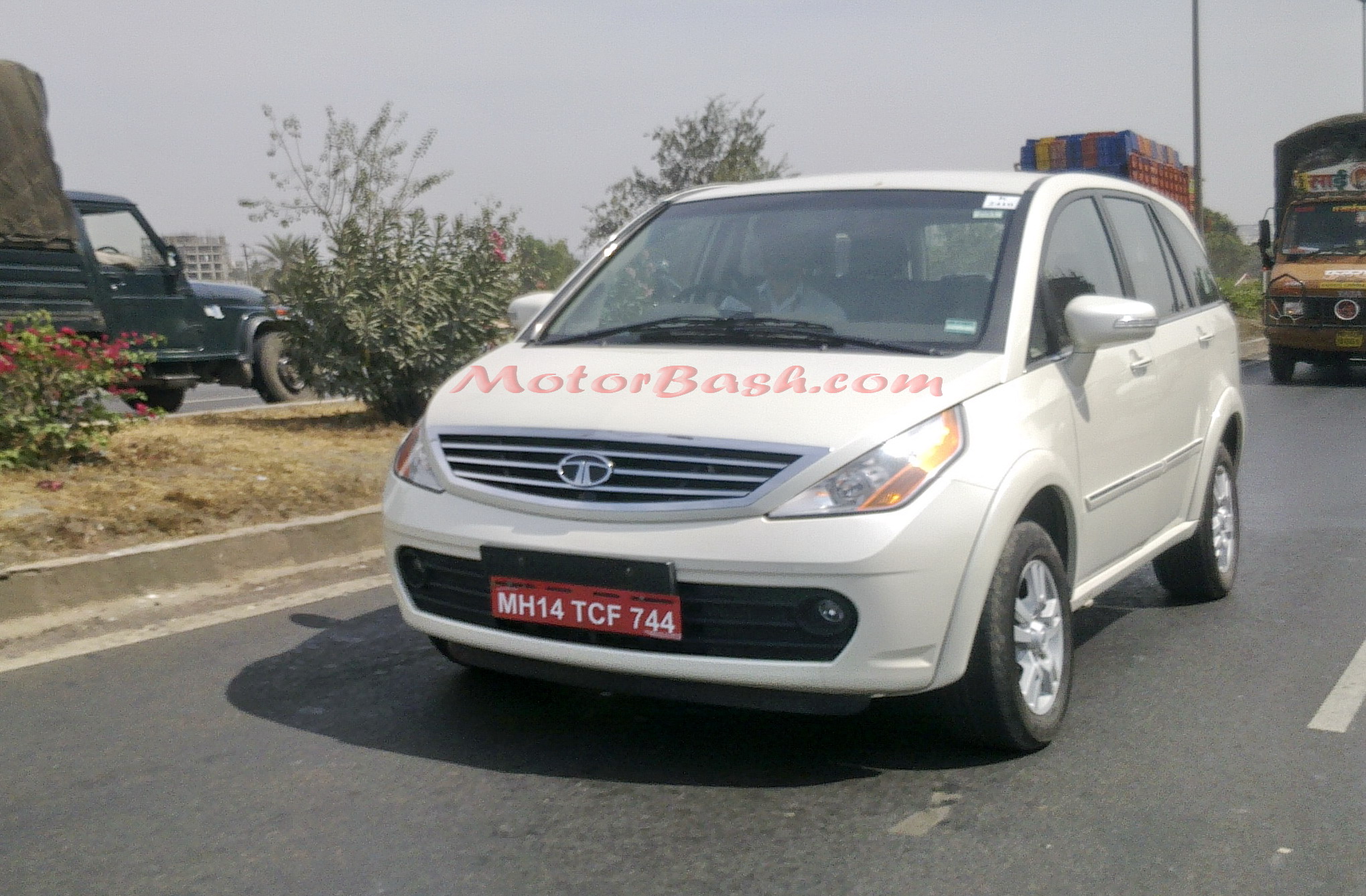 With a lot of fanfare TATA launched the big bulky crossover ARIA at a 14-15 lakh price tag in 2010. Everyone was apprehensive of the price point it was put at – many of my friends came to me as said “Who would want to put 15 lakh for a TATA!” 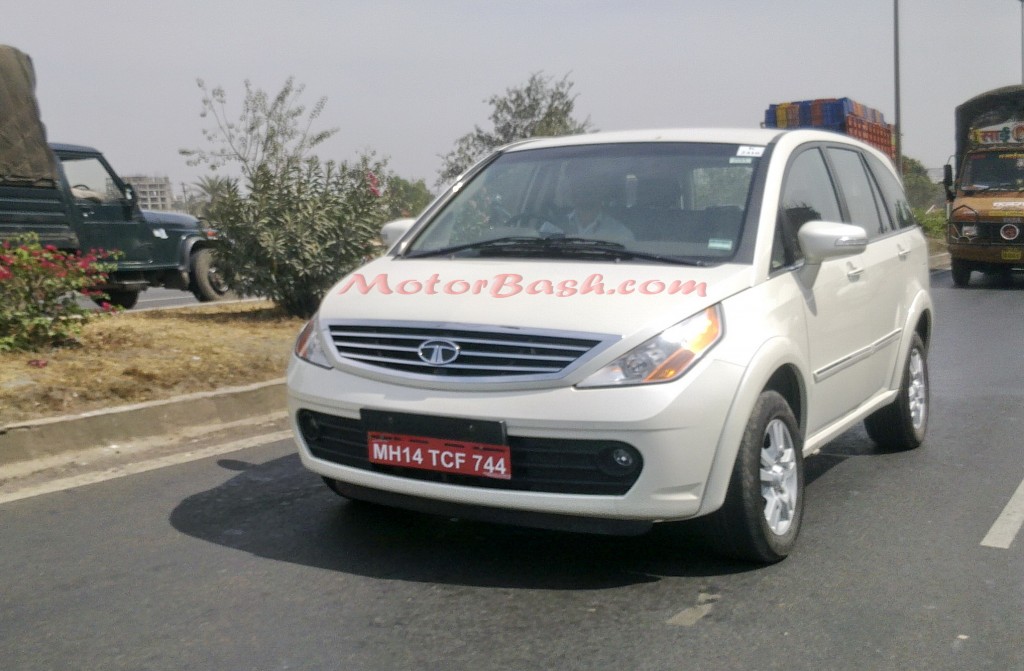 In came the ARIA in October 2010 and as expected did not do well in the market. Realizing the concern TATA has been fighting tooth and nail to ensure the success of this crossover. 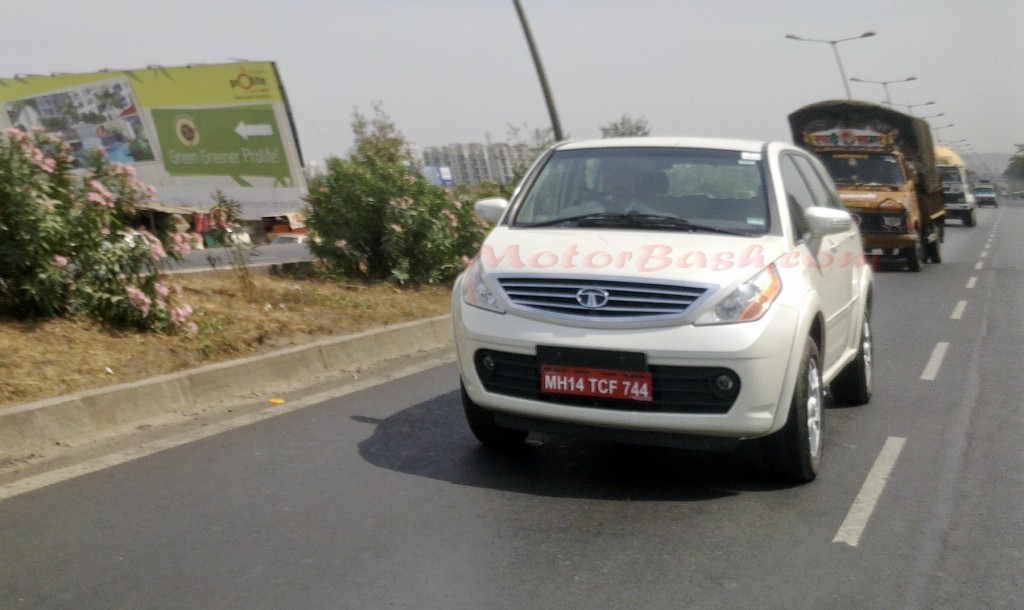 TATA launched a 4×2 variant recently at a lesser starting price to lure the masses but Mahindra had other intentions. The XUV5OO came in and has been a roaring success ever since, snatching a big market share of ARIA (if ever ARIA were to sell that many!). Very recently TATA was also offering a massive discount on the car. 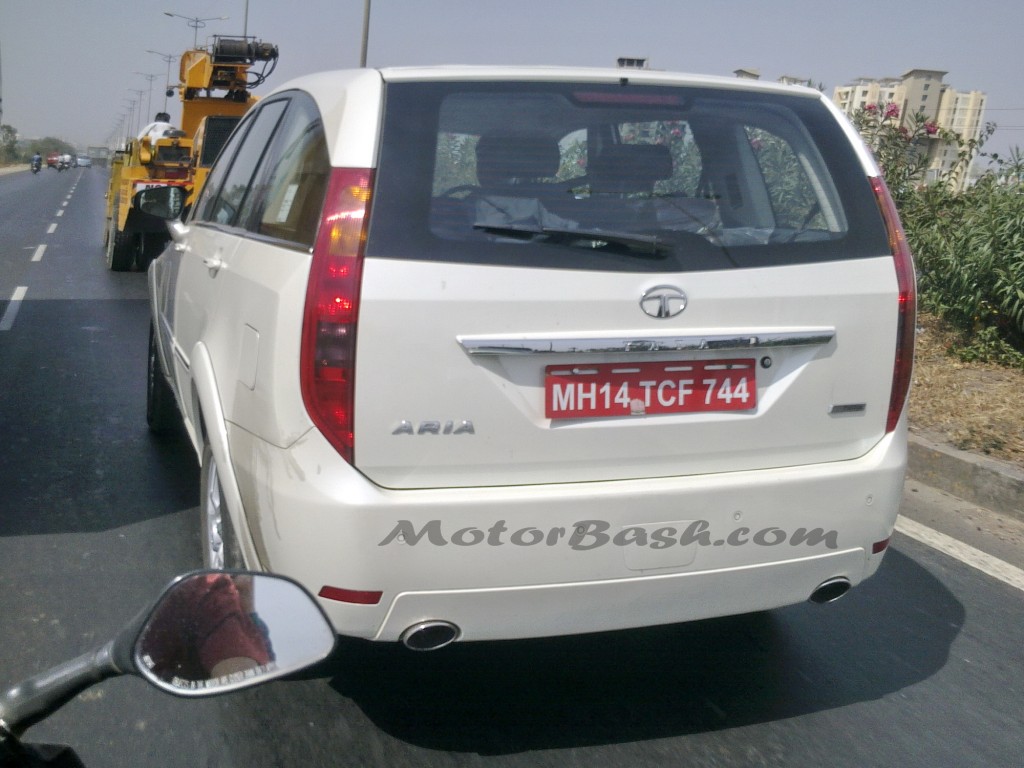 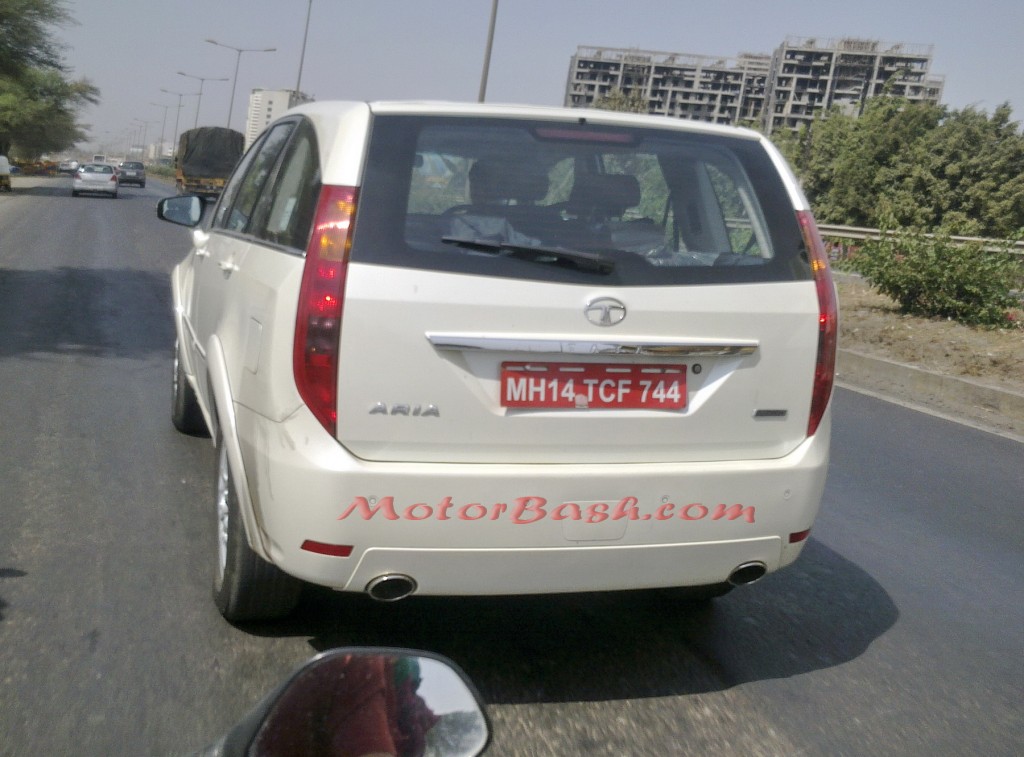 The European version of ARIA comes with the same 2.2 L DICOR engine but has higher power and torque output. From the same mill TATA has managed to pump out 155bhp (15 bhp more) of power and a massive 400Nm (80 Nm more) of torque. 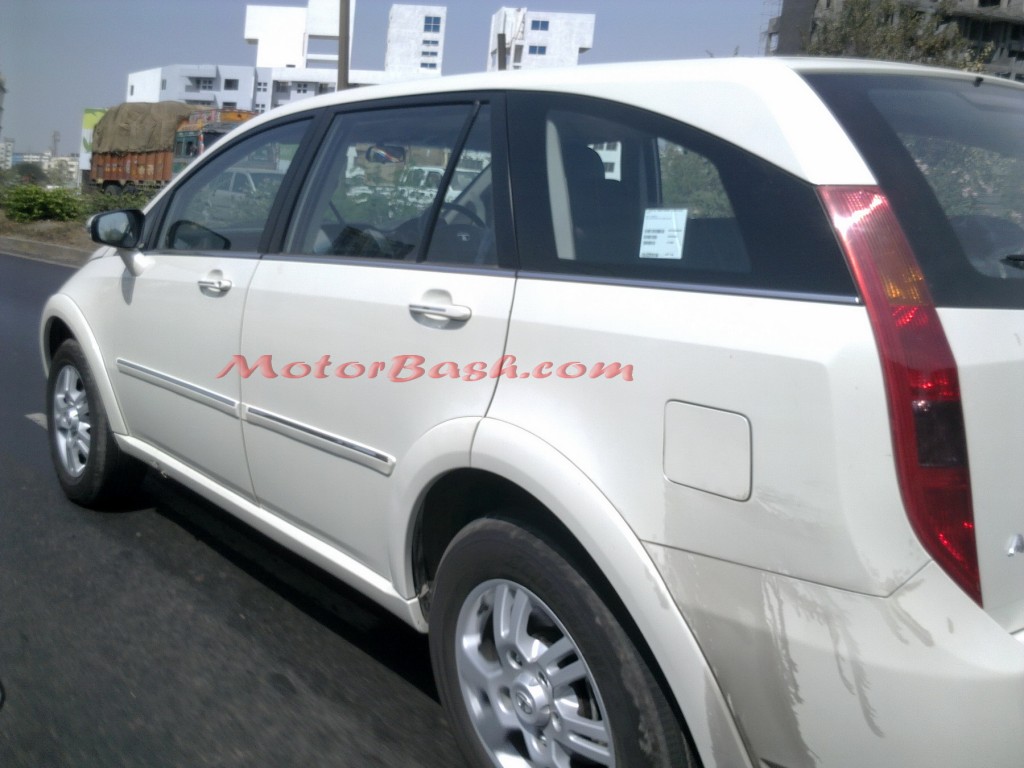 We had caught this ARIA the same day when we scooped the LHD (Left Hand Drive) version of ARIA as well as the Safari Storme. While chasing them on the Mumbai Pune highway it was a herculean task to keep pace with these ARIAs. A few pics have been clicked at over 100 kmphs as well!

There has been a lot of testing going on and we hope this very potential car gets a good shot at the market.