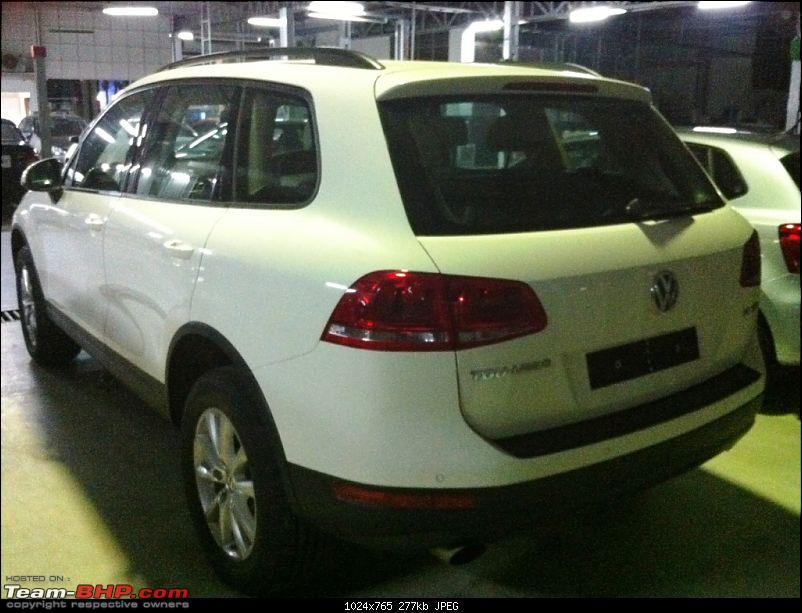 It gets confirmed that the new generation Volkswagen Touareg is almost here! This pic you see here is taken at a dealership which simply means that the car is about to get launched.

Posted by coloneljasi, a Team-Bhp member, this image is not the first on the web in India, but holds more significance since a car is generally sent to dealerships just before the launch. A few days back Volkswagen India has also updated their site with information and specs of the new-generation Touareg which reveal the car completely.

Showcased at the Auto Expo 2012, this new Touareg would be powered by a 3.0L diesel motor which is capable of producing 245PS of power between 3800 to 4400 rpm. The more interesting is the torque figure which is a mammoth 550Nm which kicks in earlier at 1750-2250 rpm. Mated with an 8-speed Automatic Transmission, it would be one heck of a drive!

In a boost to the SUV character, new Touareg would feature the following:

VW lists as many as 7 color options for the new Touareg. It would be interesting at what price preposition this new Touareg would be thrown at to add to the festive cheer specially for souls who are interested in SUVs. 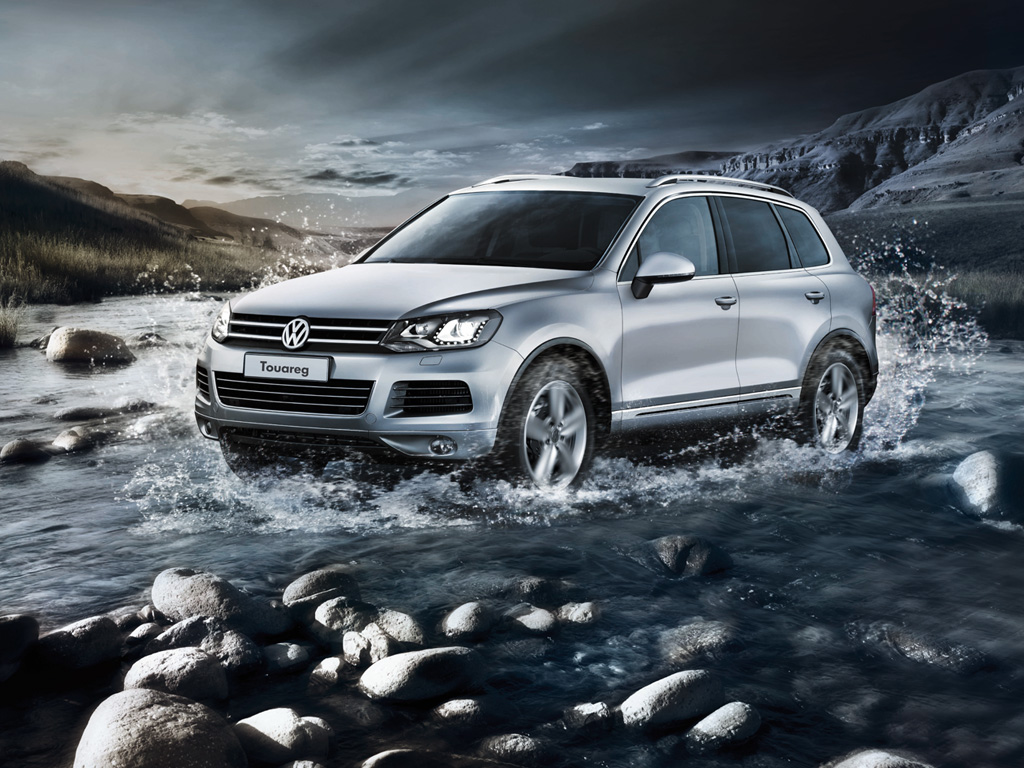 We would update as soon as the official launch takes place. Meanwhile above displayed is how the actual SUV looks like. For more pics and details of VW Touareg hop onto Volkswagen India official website.