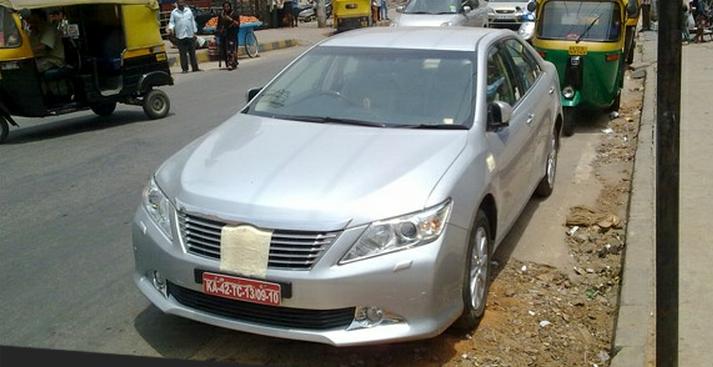 Toyota’s Camry in its current avatar, looks huge and bulbous. A new Camry is due to arrive in India and here are the glimpses of what we are about to get. Topgear India has published pictures of the new camry which was caught testing in Bangalore

According to the pics, the car seems to be in its final stages of testing. It looks younger and slimmer and a little Accord-like which happens to be its bitter nemesis along with Volkswagen Passat, Skoda Superb and the recently launched Hyundai Sonata. Interiors are also expected to be refreshed. 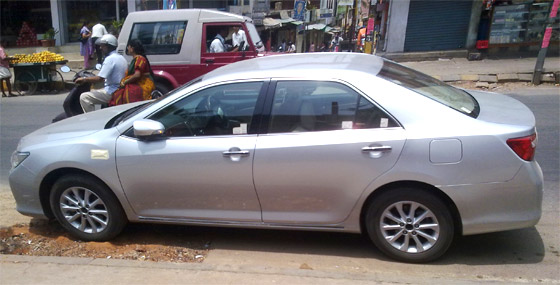 Toyota, at the shipping of Etios to South Africa from India has confirmed that the new Camry would be locally assembled at Toyota’s Bangalore plant and hence, this would mean an expected competitive pricing. Toyota would start assembling this from July and launch is expected to be in August. Sadly, it is the petrol model which is scheduled now and diesel might come in later. 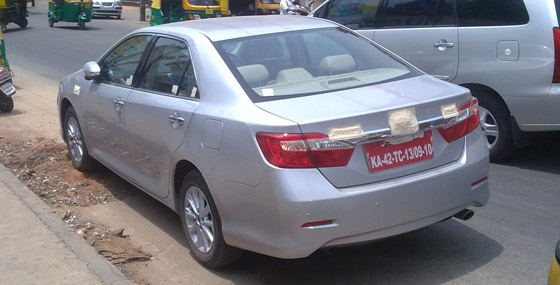 Check out the new Camry’s gallery here and our Indian spec would be similar to this.