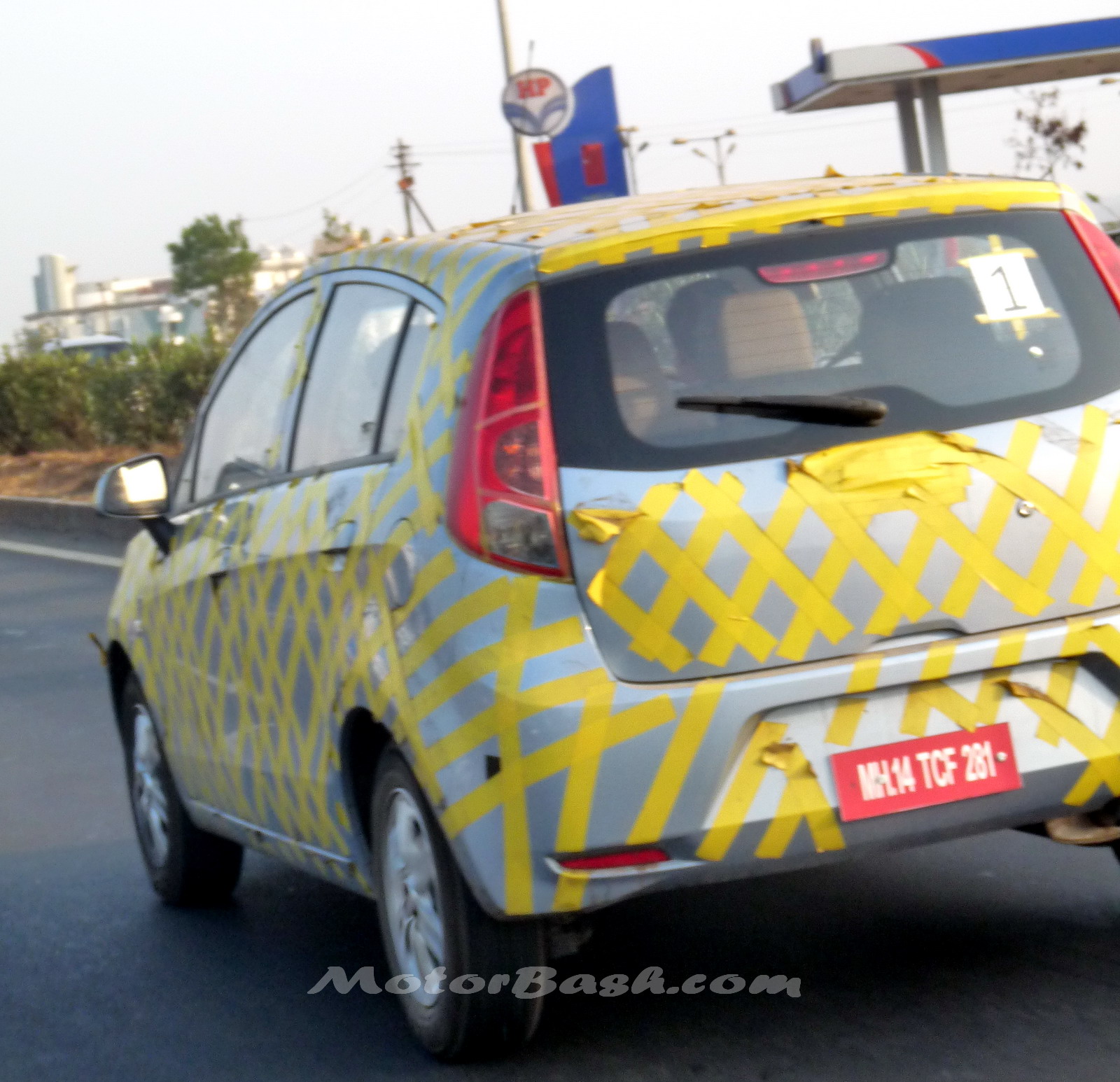 We have scooped the SAIL sedan a couple of times but this is the first time we have caught the SAIL hatchback doing test rounds around Pune. The car was spotted at the initial stretch of Mumbai-Pune highway where we have also snapped the SAIL sedan on 30th of March. 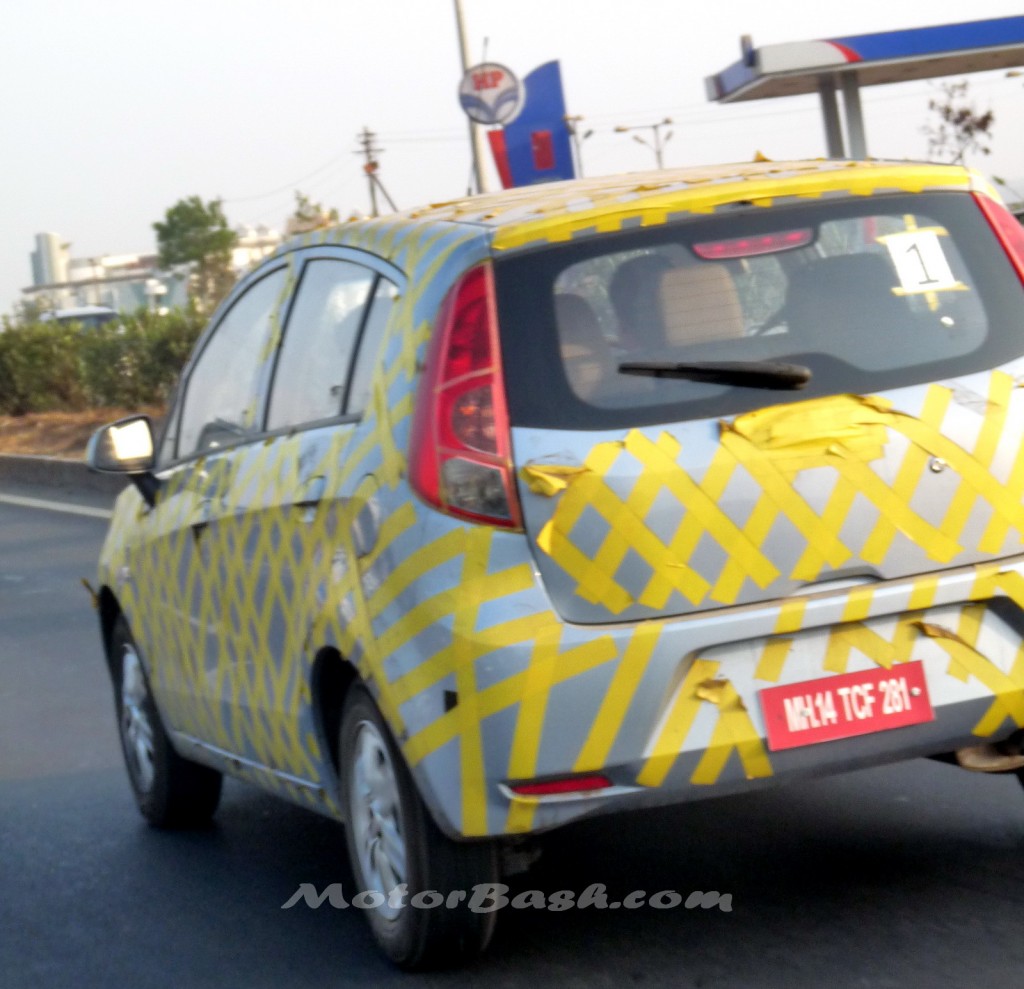 It was a light grey colored car with yellow tapes running across in a bid to camouflage the car. But our question to Chevy is that since they have already unveiled the car at the Auto Expo and everyone knows how does it look like what is the point in ‘trying’ to hide it. 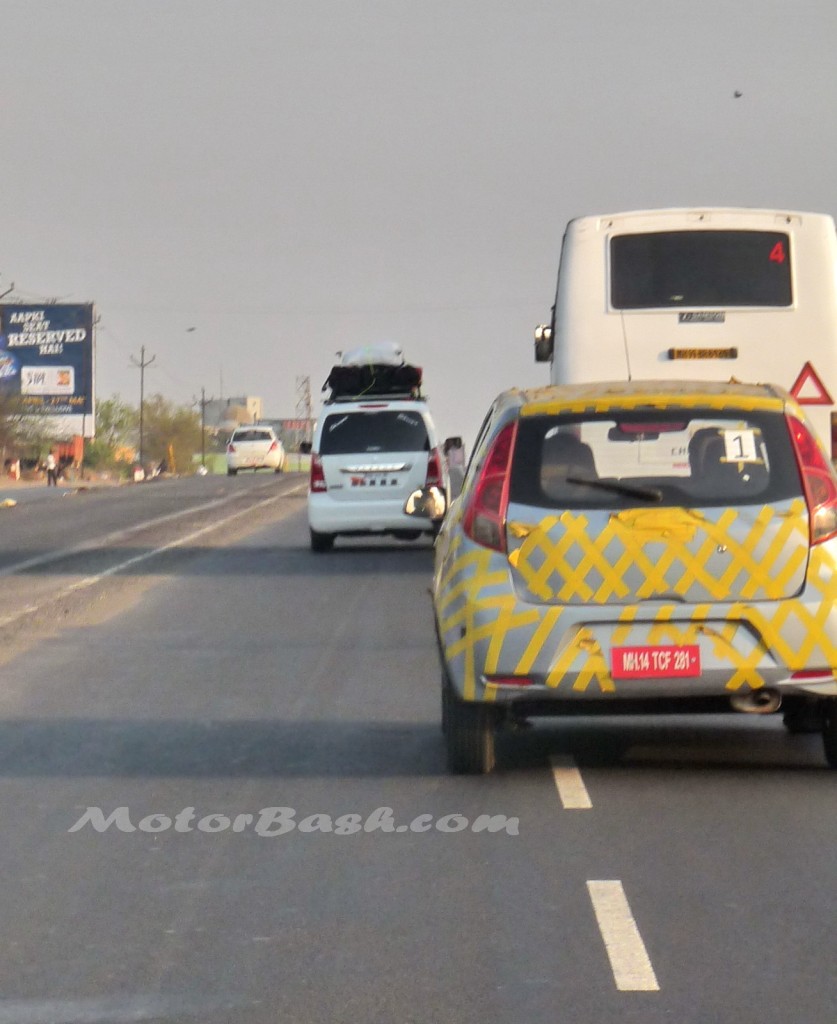 Nonetheless, the car was 99.9% the petrol variant as it did not have any kind of typical diesel ‘clutter’ nor any black smoke emission very usual of diesels. This I am saying because I was around and near the car for some time due to Hinjewadi’s extremely crawling traffic at 5:30 PMs! From the outside, the car looks basic. A glance at the internals revealed that they are also nothing flashy but care has been taken to make them ‘feel’ good. It was beige inside.

From whatever we have felt about both the SAIL’s we have spotted and the news surrounding them, Chevy needs to do something really especial to get these cars going and going well since these two are important launches for the company. SAIL would be launched somewhere in quarter 3 which means another 5 months wait before this hits the roads, officially.