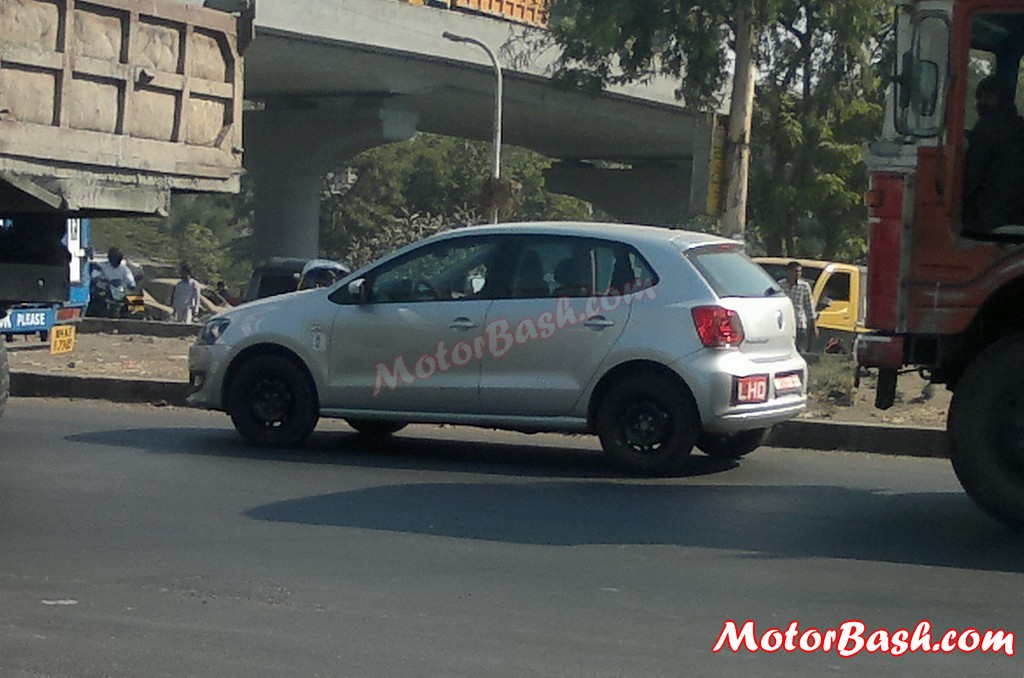 Barely a few days after we spotted the Left Hand Drive Polo Sedan in India, here is a spyshot of the smaller Polo hatch LHD!

But wait there is a difference!

Volkswagen already exports the Polo Sedan aka Vento from its Chakan plant in Pune. They rolled out the first Left Hand Drive Polo Sedan back in July last year for exports to African and some Middle Eastern countries. The LHD Polo Sedan made its Saudi debut in November 2012.

Now, through this lone LHD Polo pic, we have a scoop for you. Buoyed by the success of LHD Polo Sedan (Vento), Volkswagen is planning to export the LHD Polo hatch from India as well. We are unsure about the countries that will get this Polo. For the same, we tried contacting the VW officials for which we are still awaiting a response.

But, this might mean Volkswagen is planning to launch the smaller Polo to the same or a different set of Middle Eastern countries that get the LHD Vento. The more interesting point to note here are the engines that Volkswagen will power these LHD Polos with. We doubt if it would get the same set of 3-cylinder underpowered engines for all export markets and our assumption is that this LHD Polo might just be running on more powerful motors.

In India also, VW is busy preparing a slew of more powerful variants on the Polo. VW has plans to launch the Polo with a stonker of a 1.2L TSI turbocharged petrol engine along with the 1.6L (GTD) diesel engine from the Vento. Then there is the CrossPolo variant along with the CNG variant on the cards as well.