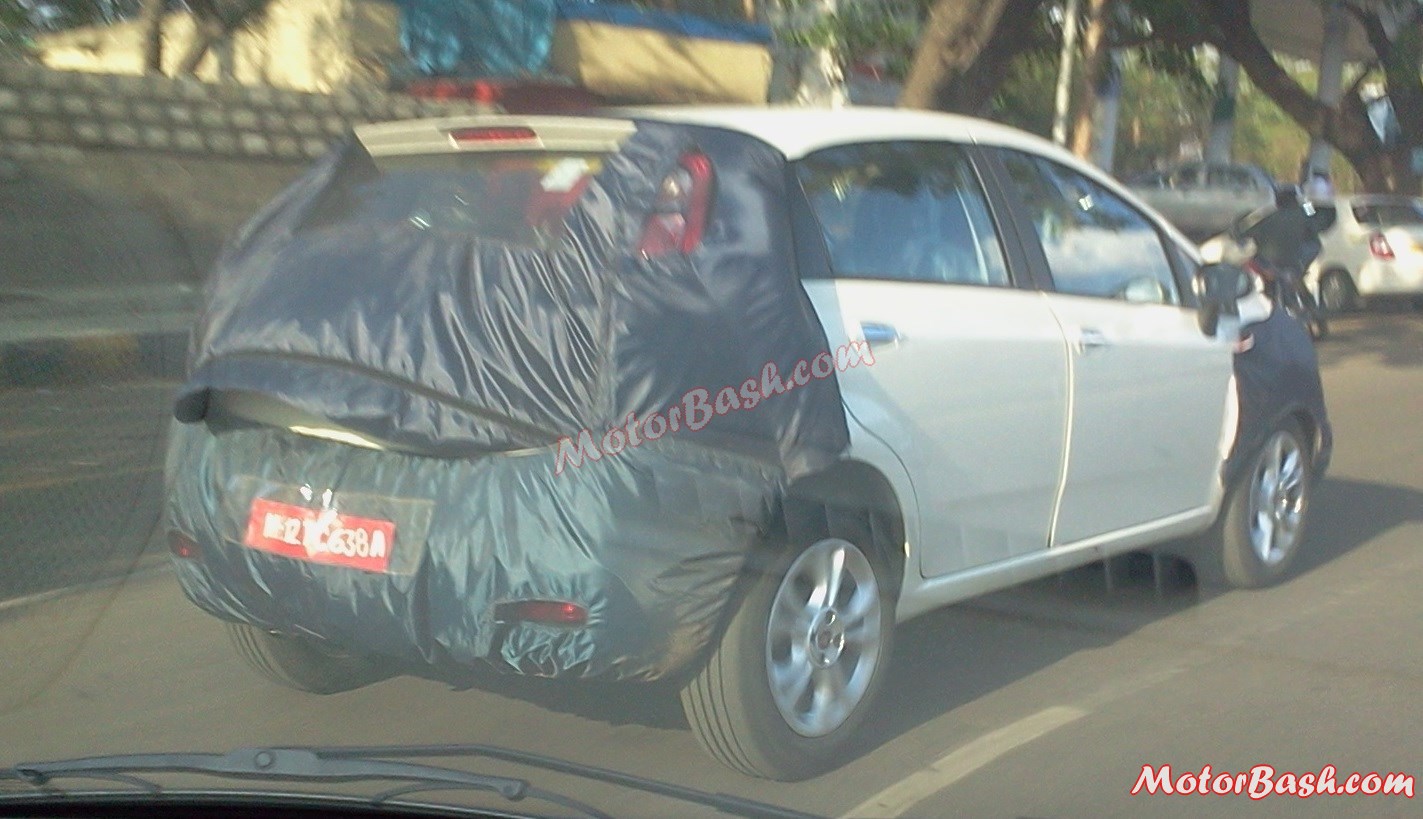 The mule, with hidden front, rear and sides, is running on broader and larger 16 inch tyres which is one of the most important visual betterment on the Avventura. Apart from that, notice the hump at the rear. If you are unaware, Avventura will get a rear-mounted spare wheel further accentuating that ‘crossover’ feeling. However, the wheel doesn’t seem to be mounted on this mule.

Though the front is not visible in these spyshots, the Avventura gets a different (from Punto) face as well. This particular mule misses on the body cladding as well as the roof-rails that the Auto Expo Avventura wore. The taillamps are refreshed LEDs which the Punto facelift will also get. The ground clearance is also clearly higher (figures not revealed by Fiat yet). Interestingly, the Auto Expo Avventura was denoted by the word ‘Concept’ which means there will be changes on the production version. 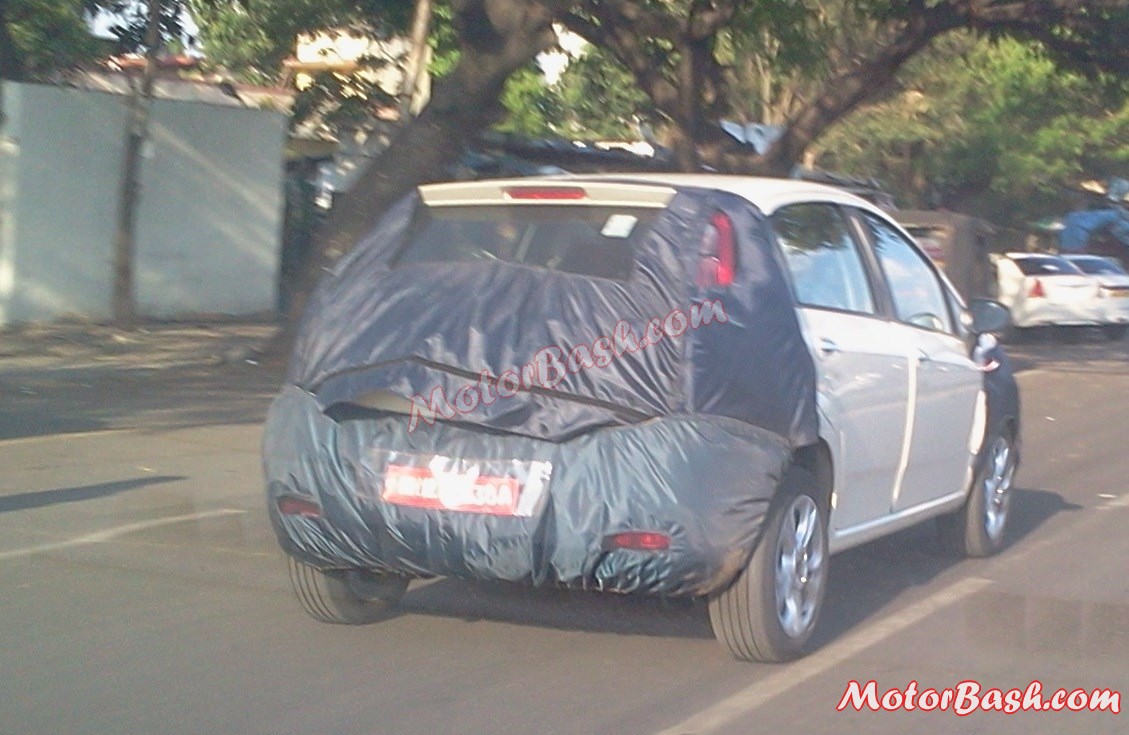 Avventura concept was showcased with sportier interior with prominent tints and different textures on seats, dashboard etc along with the interesting Roll and Tilt gauges over the AC vents. How much of it will percolate to the production version will be known when we get some interior shots of the car. Our reader also informs that the driver of this mule appeared to be lost which is when he again headed to the main road.

Fiat will launch this Avventura crossover sometime in the second half of this year in India. It is the same ‘B-CUV’ that Fiat talked about while unveiling their roadmap in Dec 2012. B-CUV stands for ‘Contemporary Urban Vehicle’ according to Fiat and not Crossover Utility Vehicle which we have been denoting it with so far. According to the product sheet, Avventura will continue with the same 1.3L Multijet diesel engine as well as the 1.4L petrol engine. 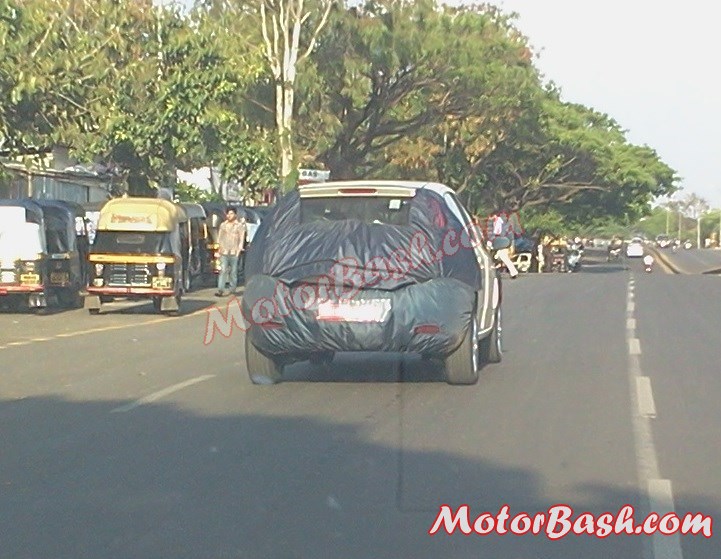 This means that the 1.4L petrol engine equipped Avventura will NOT be classified as a ‘small’ car (since the limit for petrols is 1.2L engines), the diesel, however, will be a small car attracting the least 8% excise duties (since the limit for diesels is 1.5l). Check out official spec sheet here.

However, let us also remind you that Fiat has hardly been able to walk on the roadmap they shared. There is no 1.6L Multijet on Fiat Linea facelift, no Jeeps so far and no Punto facelift yet. Hence, there is a possibility that Fiat may consider the 1.2L either in addition to the 1.4L engine or as the sole option to keep the car ‘small’. With this spotting, it gets busted that there will/may be a lot of changes on the production Avventura. We do not want it to be seen as another Etios Cross, Fiat!