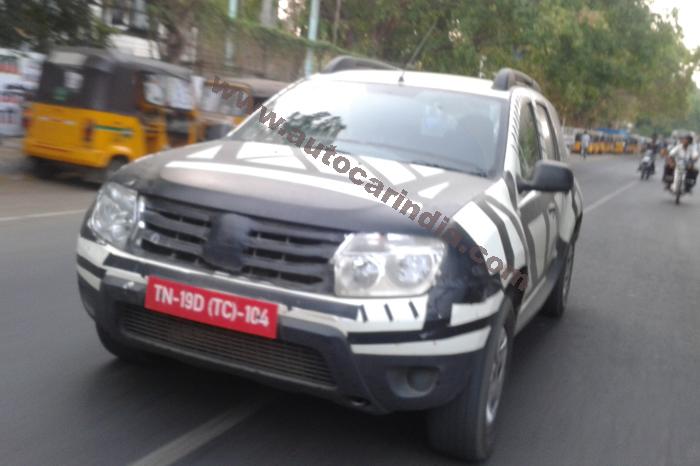 Renault has been testing the Duster for quite sometime now. And there have been a few spy pics already circulating on the internet. A fresh new set has been updated by AutoCar India with the car being tested in Chennai.

There are two cars in the pictures set. Red one looks more loaded with body colored mirrors, fog lamps and the white one doesn’t have those. According to Autocar there would be 5 variants of Duster on offer. The base variant petrol would be priced competitively somewhere around 7 lakhs with the top of the line diesel could go upto 10-11 lakhs.

Based on the Logan, the European Duster has boring interiors however this Indian version is expected to get more lively dual-tone getups. 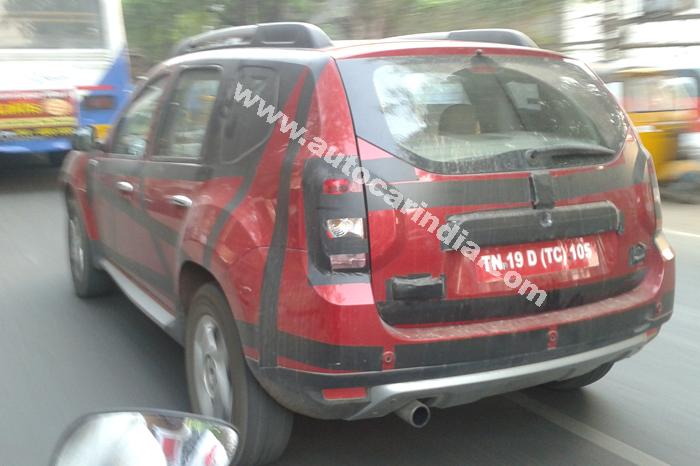 Autocar says it will get a 1.6L petrol engine but we, at this moment feel it would be the same 1.5L petrol from Nissan Sunny. Diesel mill would be the 1.5L from Fluence and would be offered in two state of tunes – 85bhp and 108bhp.

Duster would be Renault’s first value for money product in India and the company has plans to sell 50,000 units annually including exports. With the Compact SUV segment heating up it would be very interesting times ahead for the consumer. However, with the Ford’s Ecosport scheduled to launch early next year and no word about Mahindra’s mini Xylo, Renault could take the early mover advantage. We expect the Duster to hit the showrooms somewhere around July this year.