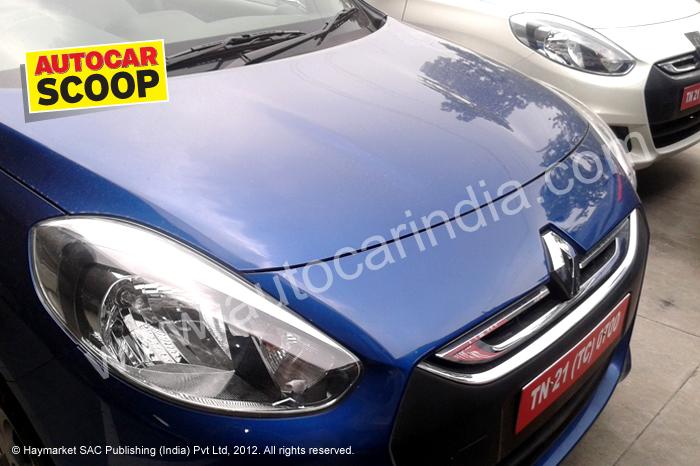 Finally we get the glimpse of the much awaited car! Previously we have reported that the Renault Scala is all set to hit the Indian roads soon. Now, AutoCar India has exposed the upcoming Renault Scala completely uncamouflaged! In essence, Scala is the ‘badge-engineered’ version of  Nissan Sunny.

Let’s sum up the differences that we spot in Scala:

Though there are few changes in the exterior of the car, but the interior remains intact as Sunny except the Renault badge on the wheel. The Scala is to be priced a bit higher than it’s sibling, Sunny. Recently, the launch of Renault Duster has taken the company to new heights. Now, let’s wait and see if Scala does them any better!