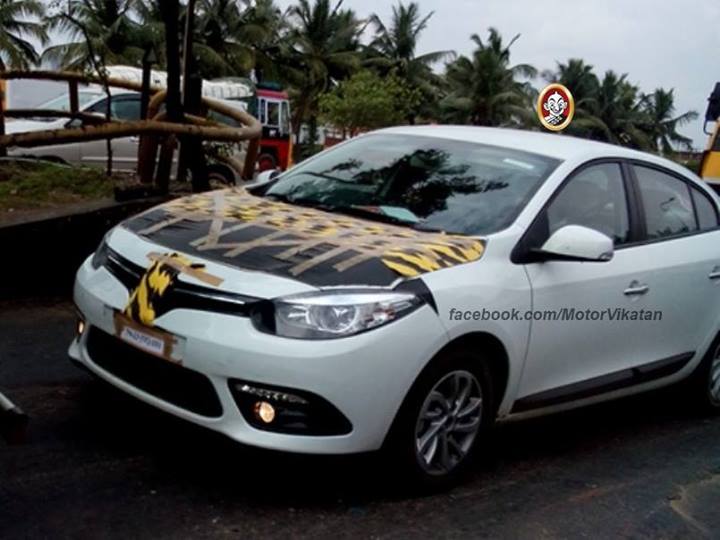 Back in July, a couple of real interesting snaps revealed the Fluence facelift which was caught along with the current Fluence inside Renault’s Chennai Factory Yard.

What was being speculated widely is now in front of our eyes. Here are the first on-road spyshots of Renault Fluence facelift testing in Chennai for a show at our market courtesy Motor Vikatan.

The mule is running with hidden company logos at the front as well as rear. The variant and engine details are also hidden. The new bonnet also carries some camouflage but rest of the car shows of its well-laid out new design creases. 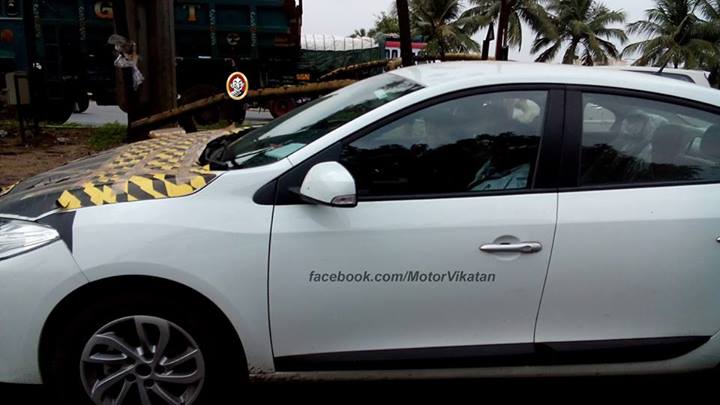 While this is about the exteriors, the interiors also carry changes like new upholstery, new LCD screen (which is standard across the range), more connectivity options, Automatic Parking brakes, front and rear parking sensors etc. What all would make their way into India remains to be seen. 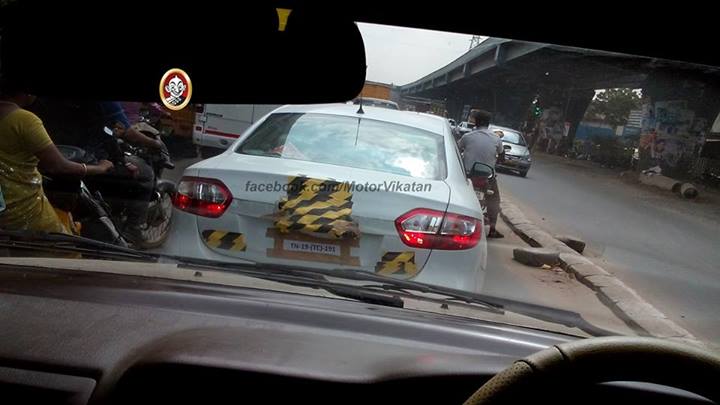 Would there be any changes to the engine options is not known for now but the international Fluence does come with a bigger 1.6L DCI diesel engine. Renault currently brings the Fluence as a CKD in India, however, there are chances that the new facelifted Fluence may get more localized content to ensure that the new updated car is a more attractive option in the D-segment.

What gets confirmed is that the launch should be closer and we may expect Renault to showcase the new facelifted Fluence at the Auto Expo in February.

So, which one is more attractive – the current Fluence or the new Fluence?