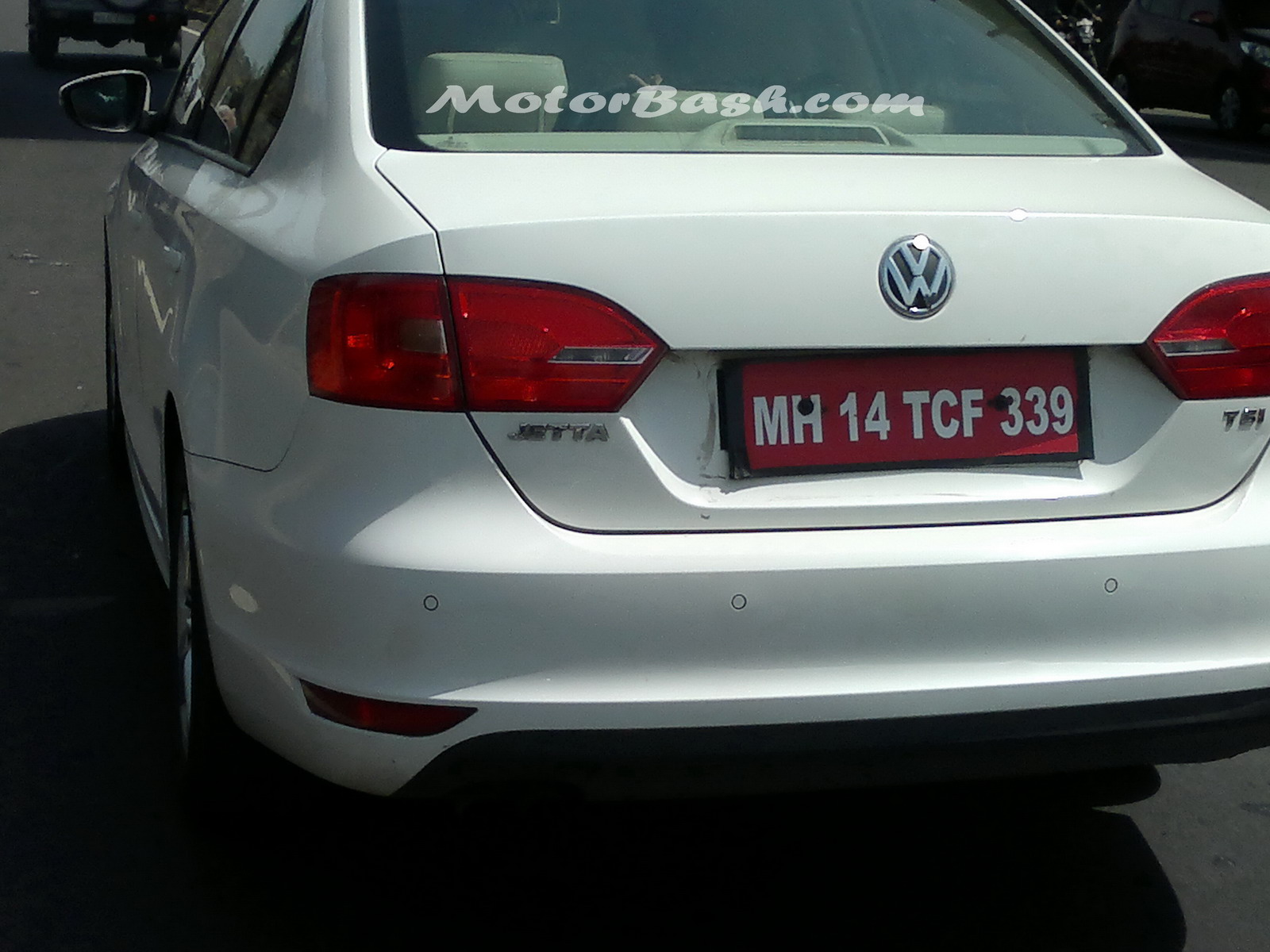 You would have already read our previous article about a ‘different’ Vento we caught in this fleet of Volkswagen and Skoda cars zipping around. It was Jetta TSI, the petrol version which was leading the pack. 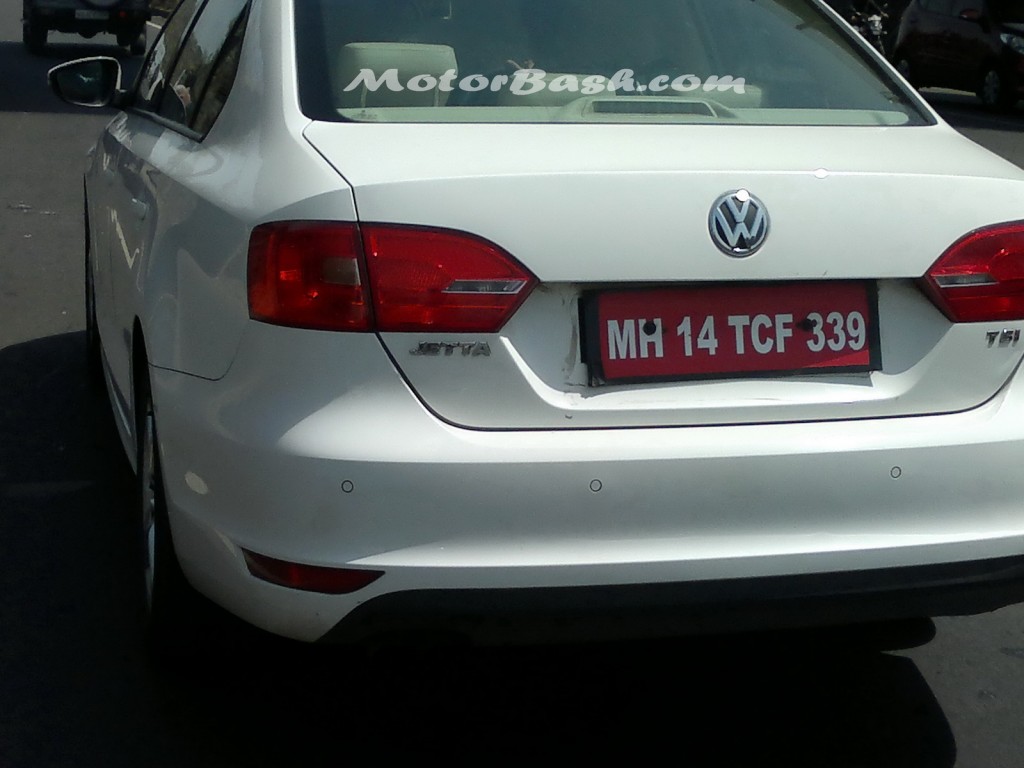 A sparkling white Jetta with a clear ‘TSI’ badge instead of ‘2.0 TDI’ of the current diesel version ensures it was the petrol version of the car. Volkswagen should be launching it very soon to the market. Jetta in its current only-diesel form is doing decently with sales averaging 300-400 units monthly. Last month however, sales were lesser than 200 units.

Diesel model has a specific ‘2.0’ written clearly which tells the size of the engine but there is no specific engine size badge on the car. Like we have also told earlier, it is a close call between the 1.8 and 1.4. Autocar predicts that the new Jetta would be powered by a 1.4 120BHP 200Nm turbocharged engine. If this goes true it would be very interesting to see how Volkswagen would price this. The Volkswagen branded cars come at a premium than its Skoda’s but since this would carry a smaller engine in the D2 category, VW has a big chance to keep the pricing aggressive to make it a luring prospect. 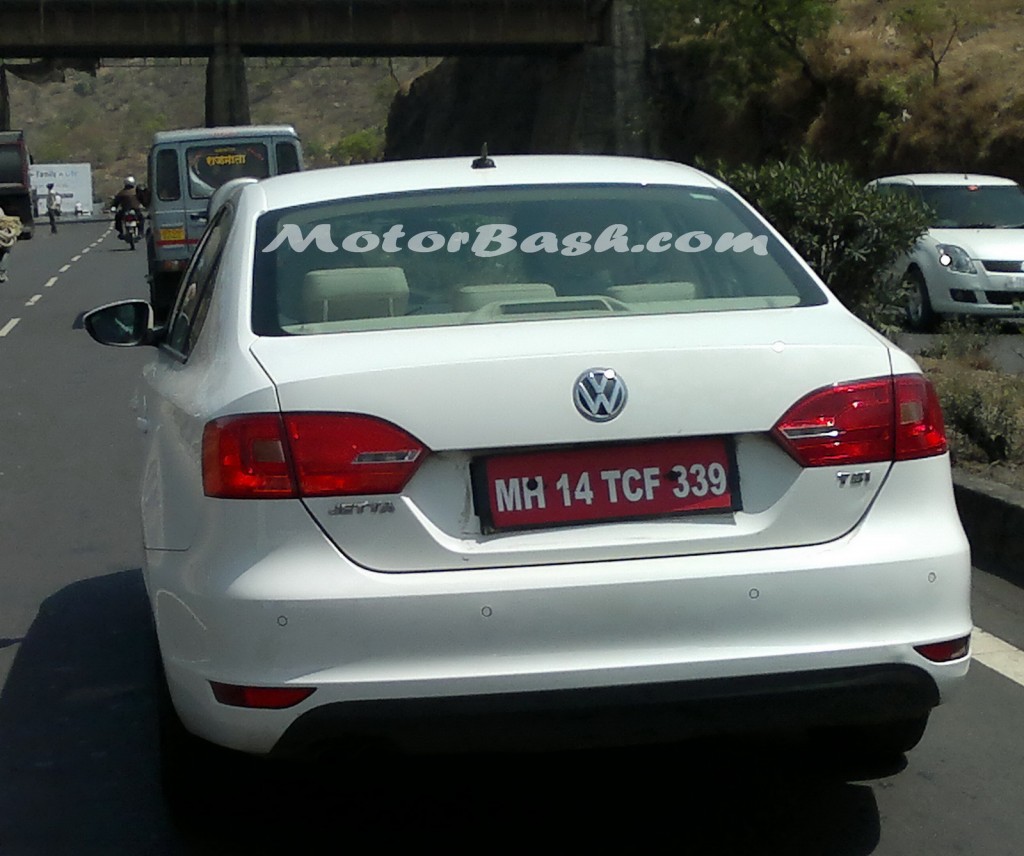 Whatever be the scenario, it would go clearer as soon as Volkswagen launches this car in the market which we feel would happen sooner.