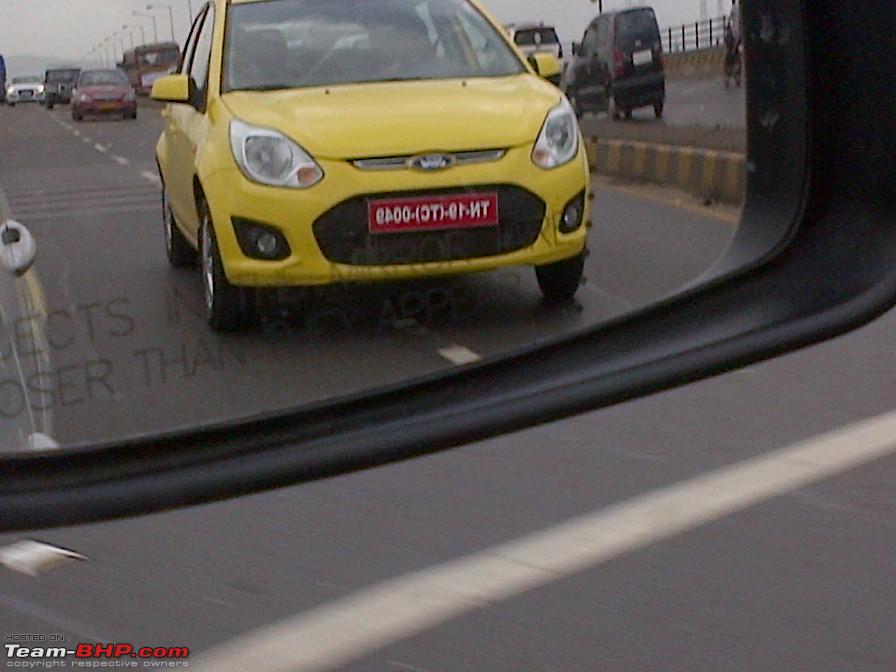 After Mahindra’s Quanto was exposed before its launch last weekend, its the time for Ford Figo’s facelift to be revealed to everyone.

Well, here are the spy pics of an uncamouflaged yellow colored Ford Figo doing rounds somewhere in Mumbai. Snapped by a Team-Bhp member mohandasnikhil, we could certainly spot whatever minimal differences the new edition would carry. 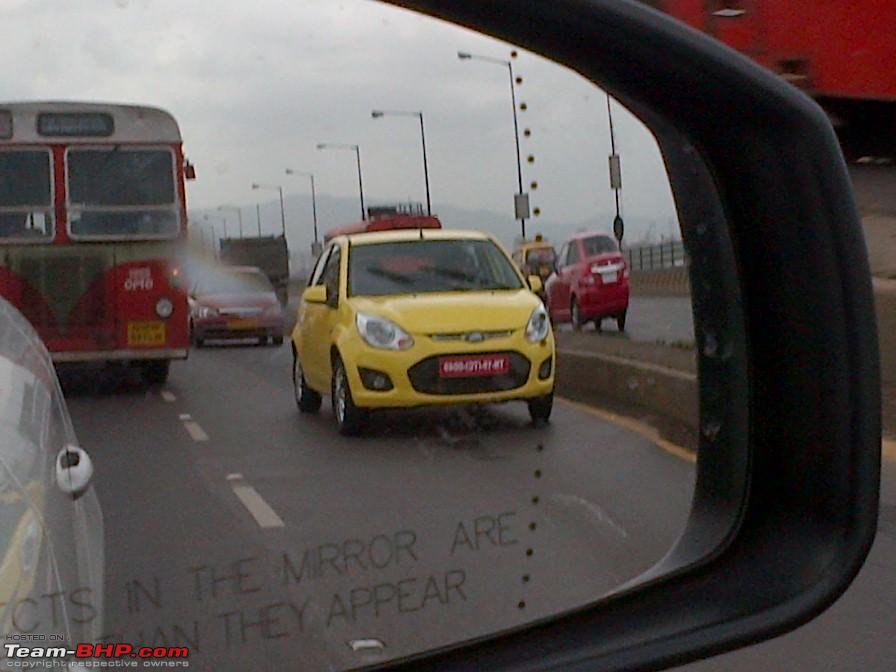 The most prominent & noticeable changes are: 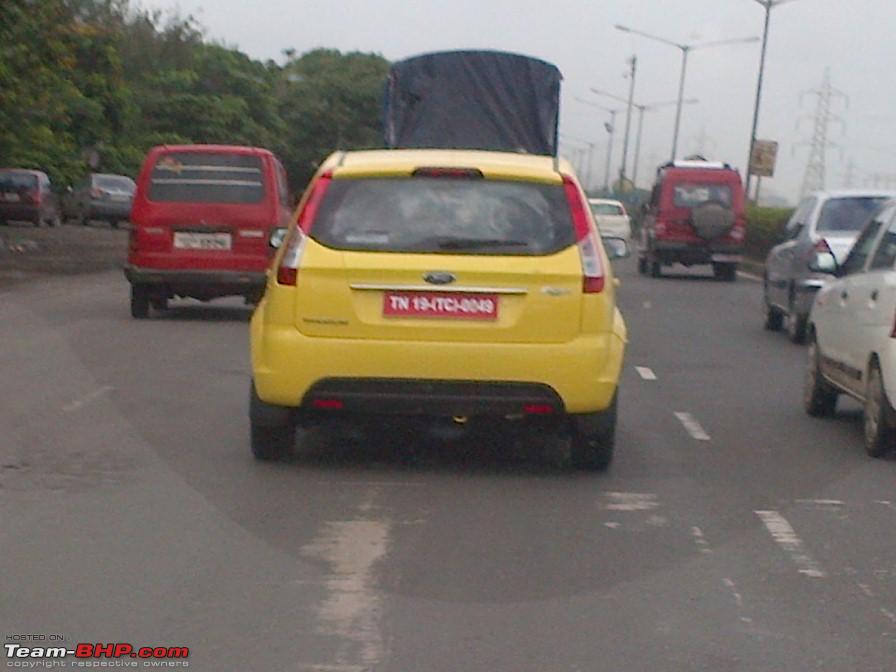 If you could notice any other changes do share with everyone in the comments section below. With the facelift getting revealed completely, it looks a similar job like what Maruti did to the New Ritz. Would there be any changes to the interiors or the engine are yet to be known. However, Ford should keep price of Figo similar to its current levels to retain the VFM brand it has become synonymous to.