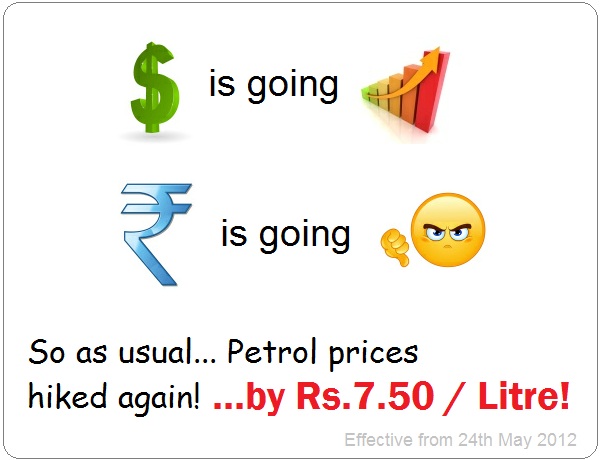 In a shocker, petrol prices in the country have been hiked by as much as 7.5 Rs per liter. This decision comes after a lot of monthly speculations of petrol hikes. This is the steepest hike ever in the history of Petrol here in India. The revised rates would be effective from midnight today, however as a ritual most of the petrol pumps have been closed, obviously to save petrol to sell it at higher prices from the new day.

The fresh hike comes after a gap of six months. The new rate after adding the hike in various cities is listed below.

The biggest question remains, why the government is not ready to reduce taxes on petrol. Big chunk of what we pay per liter goes in the form of taxes. With the abolishment of VAT, Goa government was able to reduce as much as Rs 11 per liter.

As of now diesel, kerosene and cooking gas have not been touched. The reason of the price hike was given as the depreciating rupee.

People were seen flocking petrol stations which were found open. There were long queues and roads were somewhat lesser crowded while I was returning home just now in Pune.