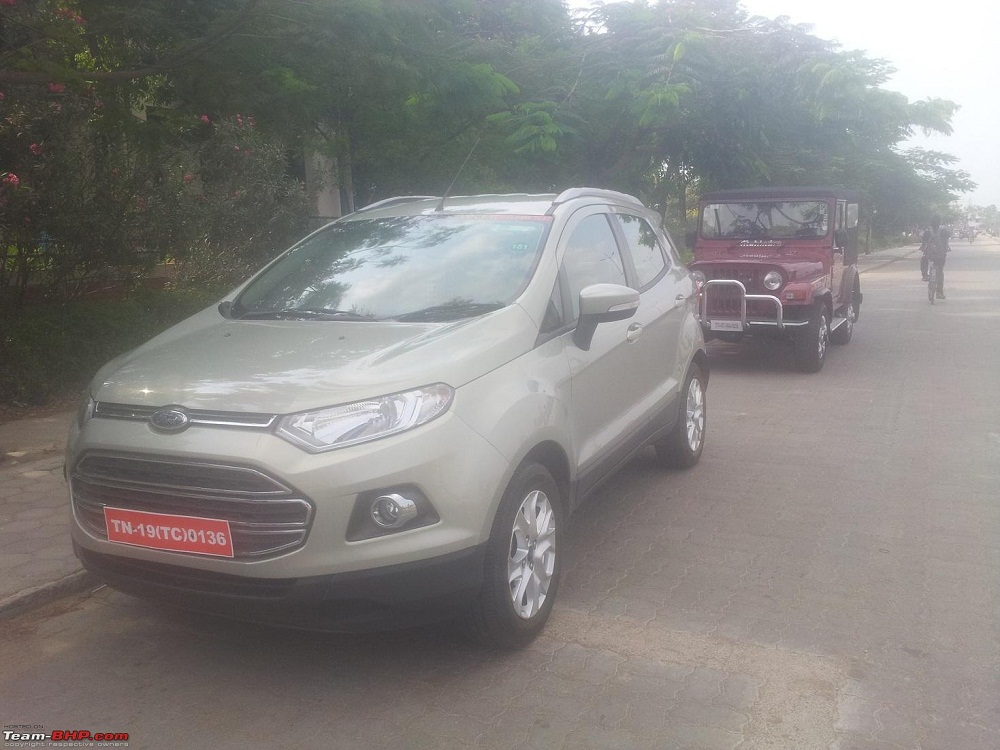 This is becoming a sort of a little puzzle! Ford EcoSport, in whatever we have seen, has sported all-black interiors.

However, in these latest shots of an EcoSport test mule, shared by sjcherian, a Team-Bhp member, the compact SUV sports part-beige interiors. In fact, a majority of interested souls who have seen and touched the EcoSport which is being displayed at various malls of different cities in India, have come out disappointed by the overall feel and quality of the compact SUV’s interiors.

Whatever EcoSport models that have been on display sported all-black interiors. These new pics have beige colored lower dashboard, beige colored seats, minor dashes of beige at the doors as well as the bottle holder is beige in color. So, does this mean EcoSport will (also) be offered in beige interior trims? 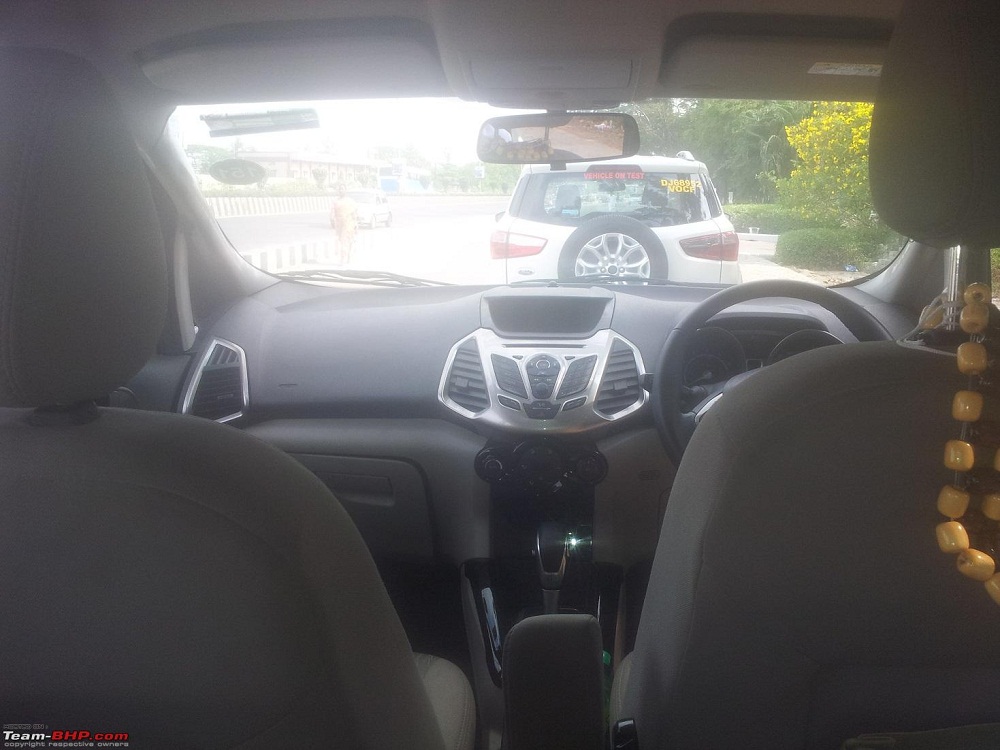 The test mule we have in hand is an Automatic version which will be offered with the 1.5L petrol motor only. Even at the EcoSport’s official India page, the interiors are similar to the one we have here. It might be a possibility that Ford might offer the all black trim on the regular 1.0 Ecoboost petrol EcoSport as well as 1.5L diesel.

Ford is expected to launch EcoSport in June after the Urban Discoveries Campaign and they also have some related event planned towards the first part of May. Interestingly, we also have a Mahindra Thar parked and doesn’t the EcoSport look a UFO from a different planet?

Also Read: List of Dates when Ford EcoSport will be on Display in your city 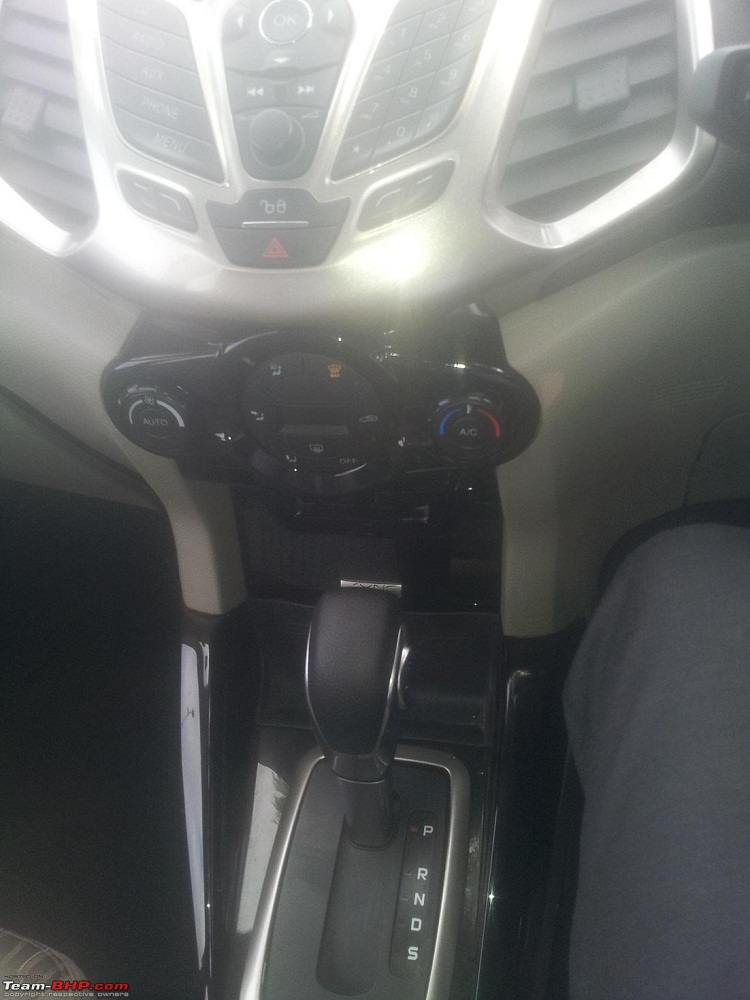 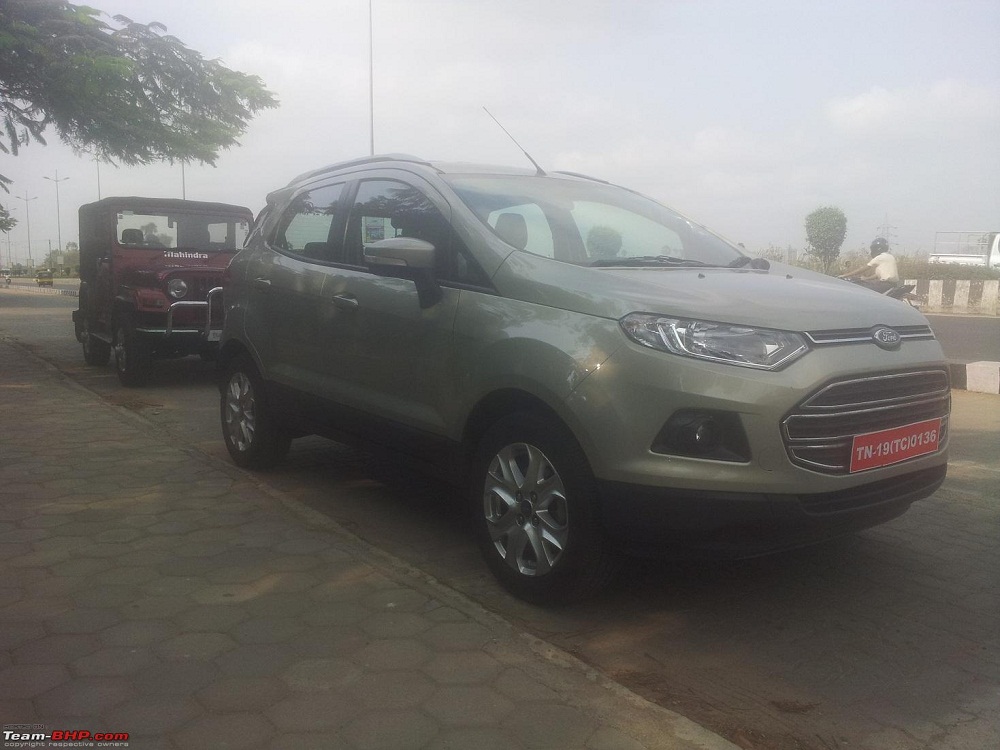 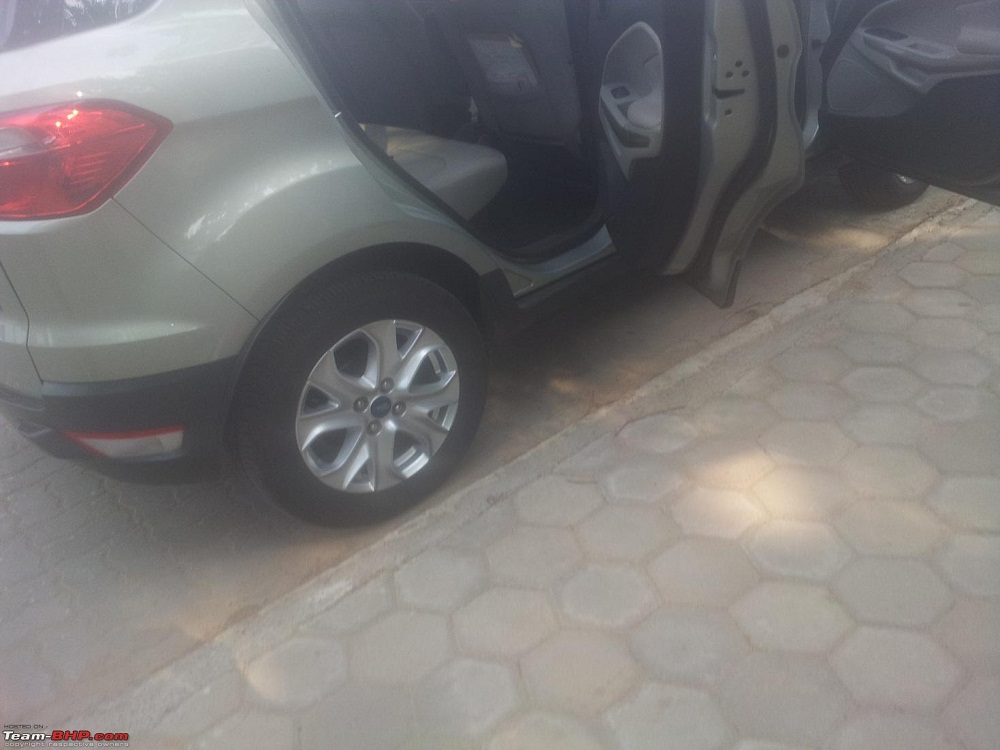 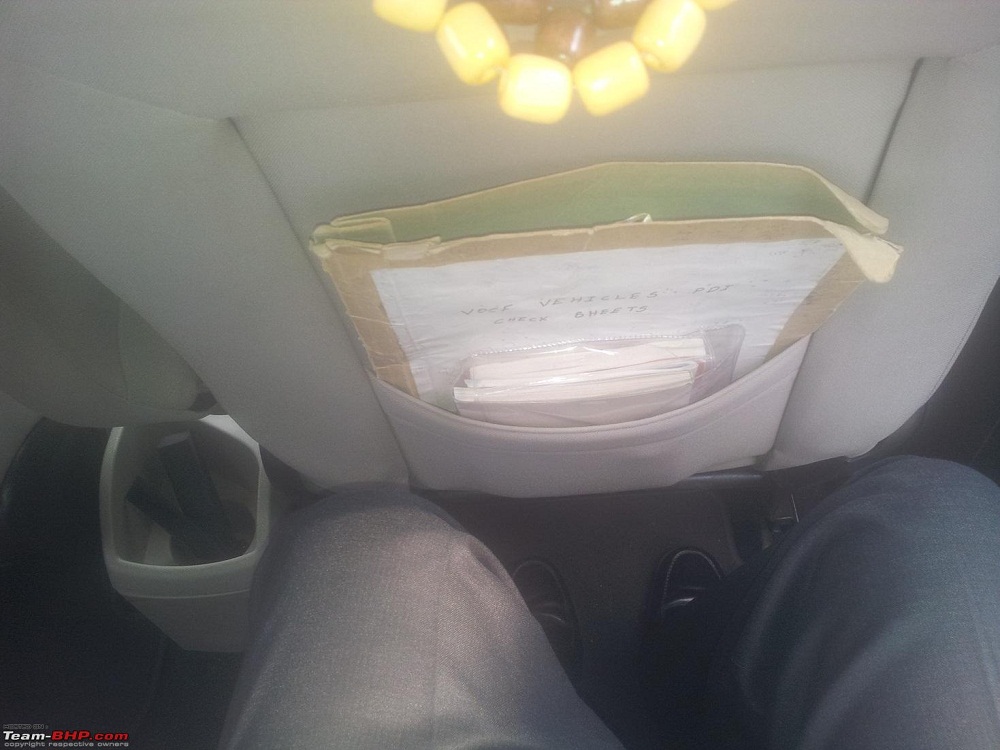 2 thoughts on “So, Will EcoSport (Also) Come With Beige Interiors? Spied Along With Thar”