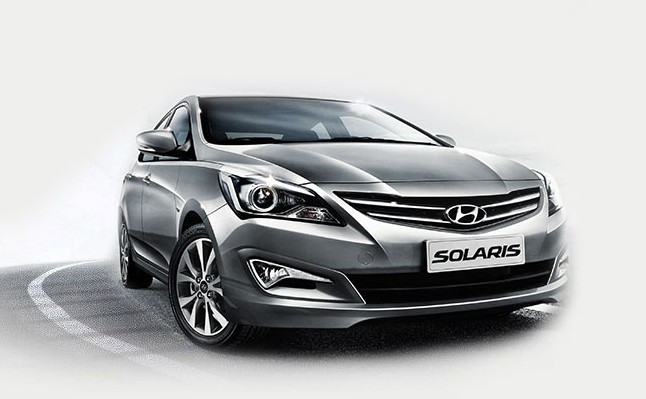 It is known that Hyundai is testing at least three products in India – i20 Cross, ix25 and their new 2015 Verna facelift. While the former two products may be coming a little later, but according to a report on Overdrive, Hyundai appears to be starting the new year with the launch of their refreshed sedan Verna.

Verna facelift’s Indian launch is reportedly planned for 16th of February and Overdrive claims that it will come with better suspension and a new steering which will have better feel to it. They also say that interiors will also carry a new touchscreen infotainment system.

Apart from that, the car will get cosmetic changes and will look quite similar to the Russian version (which is sold as Solaris). The face is more radical with new headlamps, more prominent front grille, refreshed front and rear bumpers. Then we can also notice the newly designed alloy wheels in some test mules.

Hyundai Verna was the sales leader before the arrival of new Honda City with a diesel engine and Maruti’s Ciaz. However, with falling sales, it has been reduced to the number 3 spot in the intense C2 sedan segment.

Related: ix25 and i20 Cross Spied Together at Night