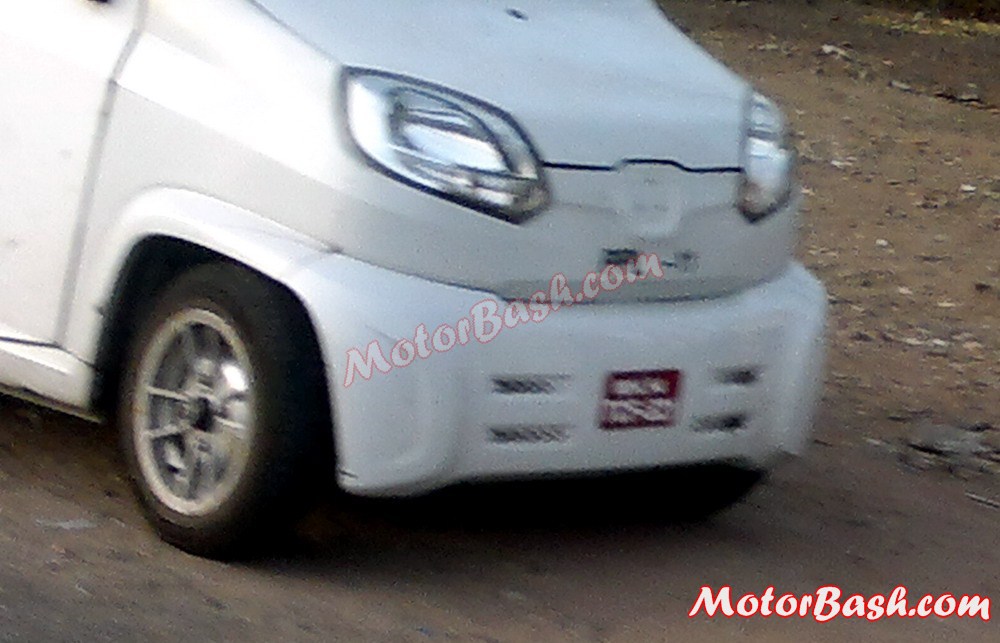 Bajaj’s RE60 has sparked a lot of debate among the top Auto manufacturers and organisations regarding the category of ‘Quadricycles’ in India with one bench opposing the move and the other one supporting it.

Far from that controversy, Bajaj continues testing their RE60 on the streets of Pune. Bajaj RE60 will be company’s first ever 4-wheeler that will go in the market for sale. RE60 will be powered by a 200cc water cooled DTSI petrol engine that will produce a power output of around 20bhp.

Weighing in around 400kgs, RE60 will be a people carrier and Bajaj has time and again clarified that it will be a alternate to Auto Rickhshaw rather than being a car. And from this angle it makes us consider this a real good move since RE60 will be a lot safer, more powerful and fuel efficient than our regular acrobatic ricks. 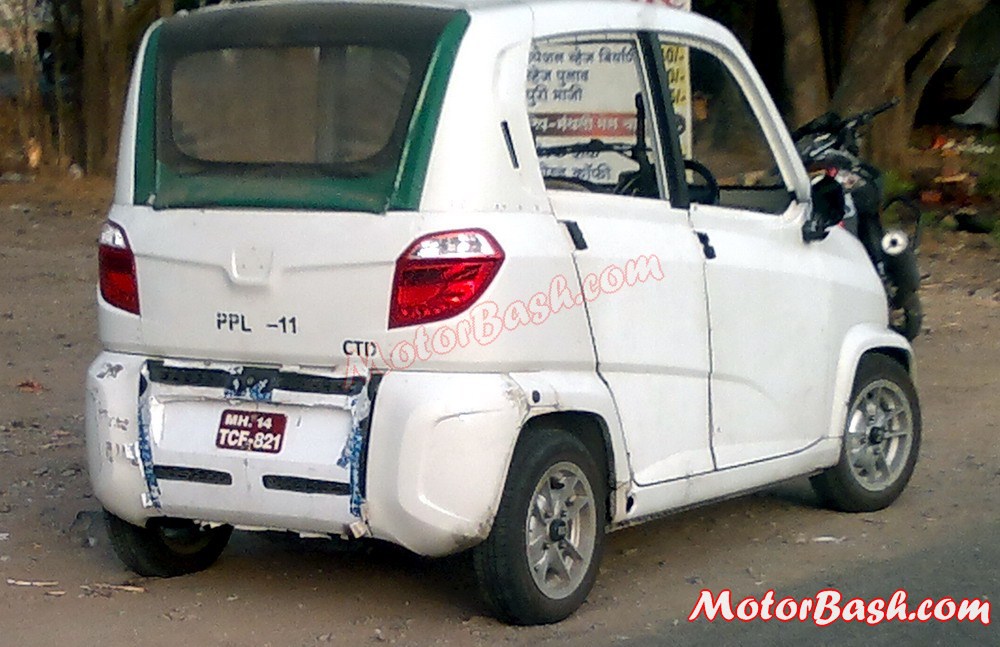 Interestingly, Bajaj has also loathed their quadricycle RE60 with alloy wheels and it comes with body colored bumpers. The RE60 also comes with a softer rear hood and it has a seating capacity of 4 in the 2+2 configuration including the driver. Bajaj will launch the RE60 towards the end of this year in India.

For more details and spyshots of RE60, Click here