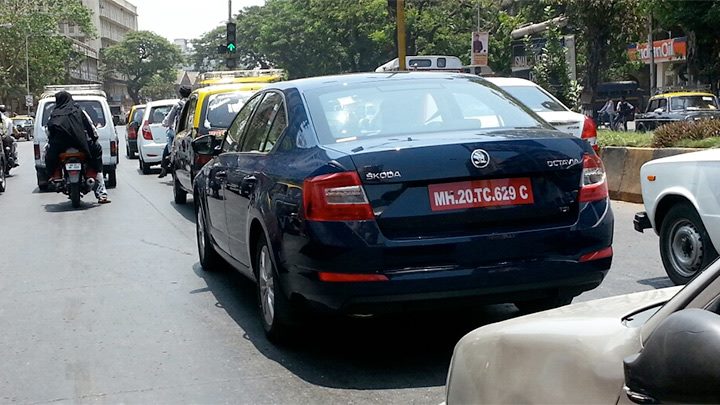 A few years back Octavia was sold in India as Skoda’s entry sedan. It was discontinued and a few recent murmurs suggested that Skoda might bring the ‘Octavia’ brand back to India.

With these spyshots, it appears that it is going to be true and Skoda is already testing the 2013 Octavia in India. We have two different test mules here caught in Mumbai. Both the cars bear MH 20 testing plates which is home to Skoda’s Aurangabad plant. Surprisingly, both the cars are wearing no camouflage whatsoever! 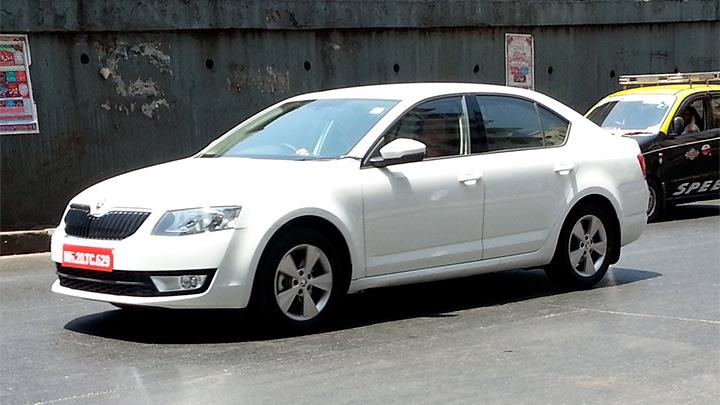 Presence of VW Golf (which is not coming to India) with these Octavias does create a little suspicion but a few reports suggest that Skoda is in plans to replace the Indian Laura which is anyways, the old generation Octavia in foreign markets. As we had pointed out a couple of days back, the new car also adorns Skoda’s new lettering and font theme with a distinct ‘SKODA’ badge and new logos.

If this is India bound, it is expected that Skoda might retain the same 1.8L TSI petrol and 2.0L TDI mills obviously with some tweaks and tuning betterments. New 2013 Octavia will go against D-segment rivals like like Cruze, Elantra Fluence and sibling Jetta and a 2013 launch is what we can expect.

3 thoughts on “SPIED: 2013 Skoda Octavia Caught On Lens in Mumbai”