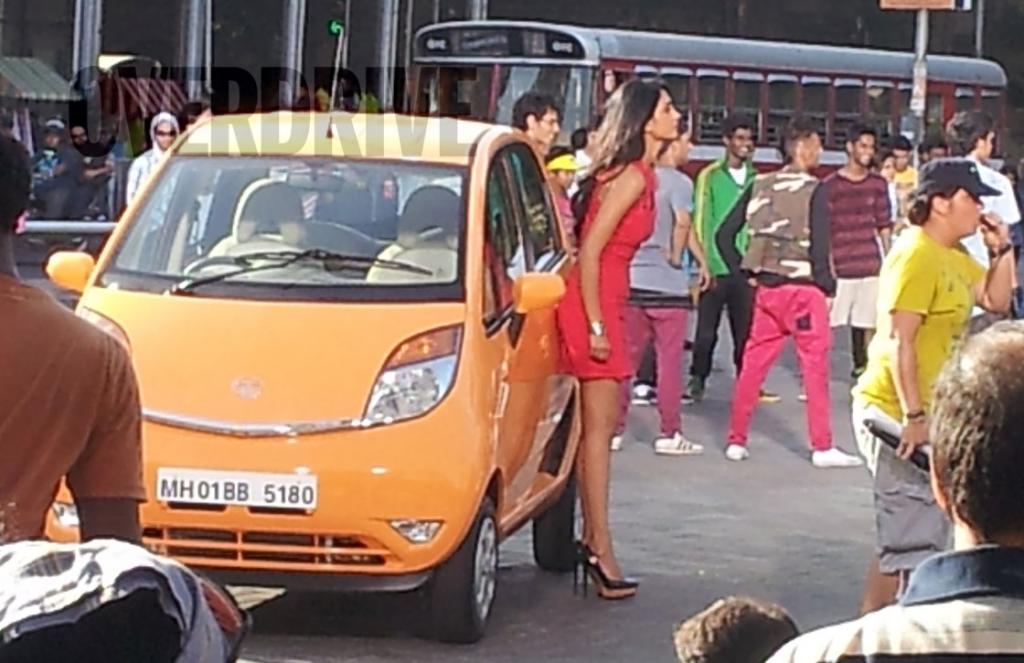 So here it is! Here are the completely undisguised spyshots of the upcoming 2013 Tata Nano refresh which was snapped during an advertisement shoot somewhere.

This is Tata’s latest shot at injecting some new life to the ever-dwindling sales of the smallest car we have in India. These pictures of the new 2013 Nano are published by Overdrive and shared by one of their reader Mr. Shubhankar. These pictures reveal the production ready Nano which, we expect will be launched very shortly considering that Tata’s marketing team has already started with its promos creation. 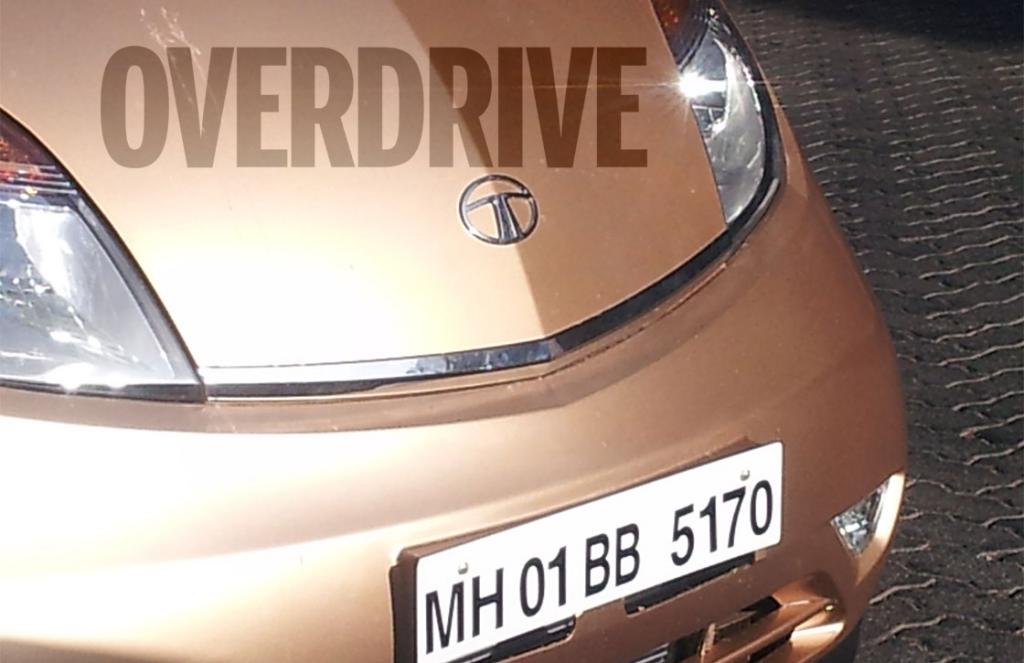 Talking about the changes, first up, the chrome strips at the bonnet lip as well as at the rear hatch take our attention. New Tata Nano also gets a redesigned rear bumper which has extra ventilation for better air flow. Overdrive also reports that the rear hatch will be openable which will increase the utility quotient of new Nano. There is no external opening mechanism which can be observed in these pics but it is said that it will have the boot-lid opener just under the driver’s seat. 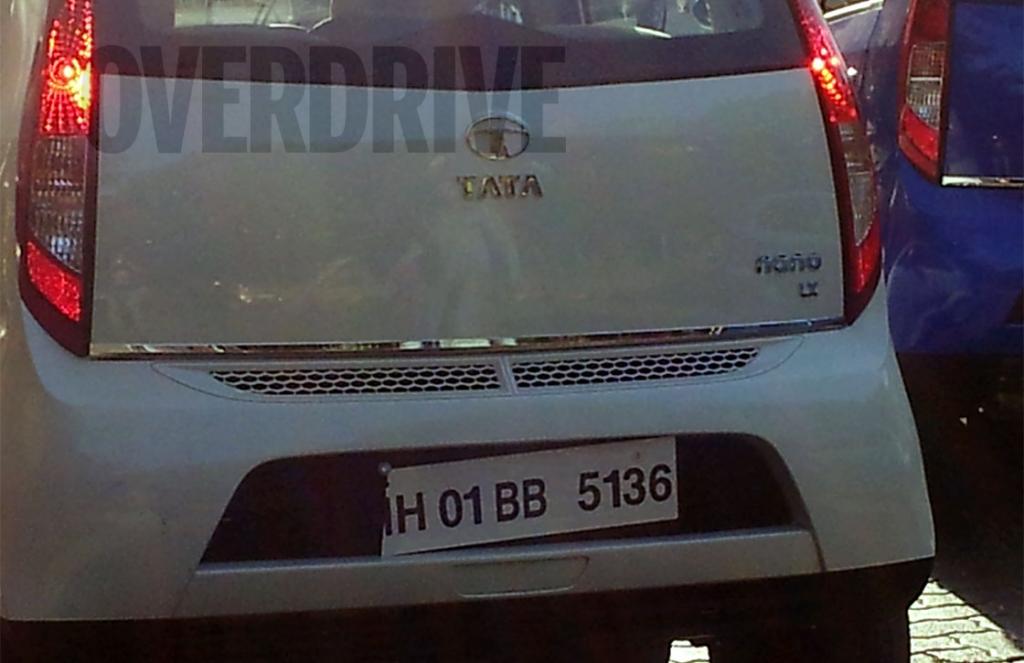 These pictures are in line with the plethora of Tata Nano mules we have caught out in the open. Though it is said that the interiors do not appear to get any makeover, but we do expect at least some minor tweaks in this refresh. Tata will also lend the new Nano with new wheel covers along with the clicked new blue color.

The most important pointer, however, is that the new 2013 Nano will get new engine fuel options which will go along with the current 624cc petrol motor. The first one to make an entry will be the Tata Nano CNG which Tata has been testing for sometime now. And the next and the most important inclusion in Nano’s lineup will be the 800cc diesel motor capable of churning out 40 horses. 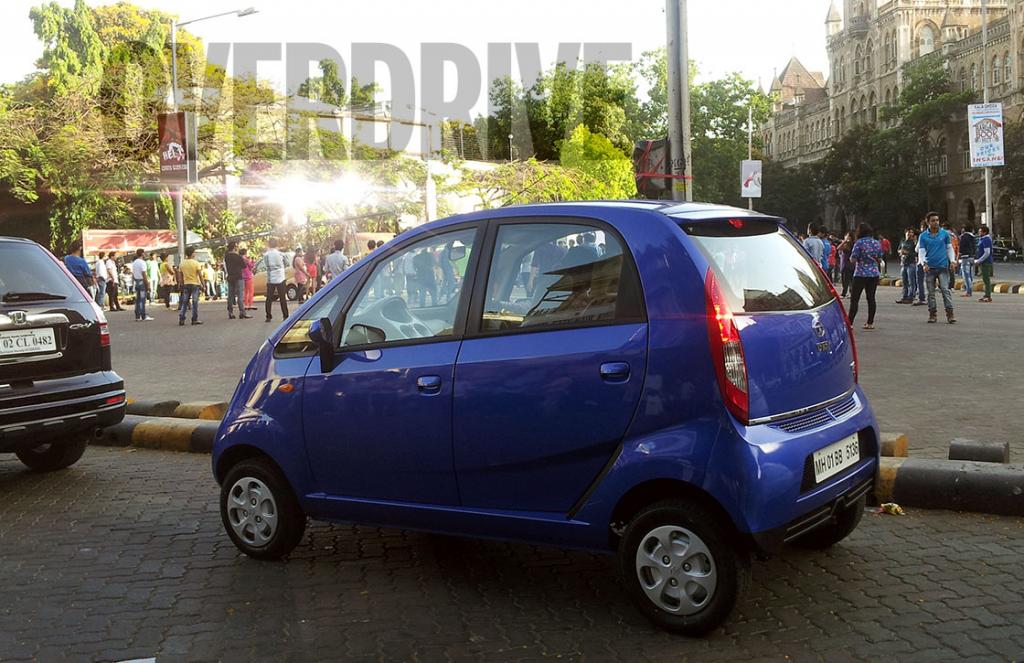 So, will this new lease of life to the Nano breathe some fresh air into its falling sales? Will Tata Nano start doing some brisk business to give competitors a fear of this pint-sized efficient car?