Jeep has been playing hide and seek with us Indians since long. Their flagship products Wrangler and Grand Cherokee have been spied earlier as well. Thanks to Rushlane, today we have some very interesting shots of two versions of Grand Cherokee undergoing test runs in India.

As you can see in the pic above, it’s not just one Grand Cherokee, but two of them that are caught red handed. The most surprising bit here is that, one of them is the newer 2014 model of the Grand Cherokee, whereas accompanying it is the older 2013 iteration of the muscular SUV. (Picture Gallery of 2014 Grand Cherokee)

Fiat has been testing these Jeep models to get a good hang of the ground realities in India. Their plans to launch Jeep in India have been long unraveled and the company is all set to introduce ‘Jeep’ in India via the Grand Cherokee as well as the Wrangler. However with these latest spottings, it becomes a little puzzle as to which one is coming to India, considering that the official slide of Fiat showed the 2013 version of Grand Cherokee. But then the new 2014 Cherokee was not unveiled to the market as well. 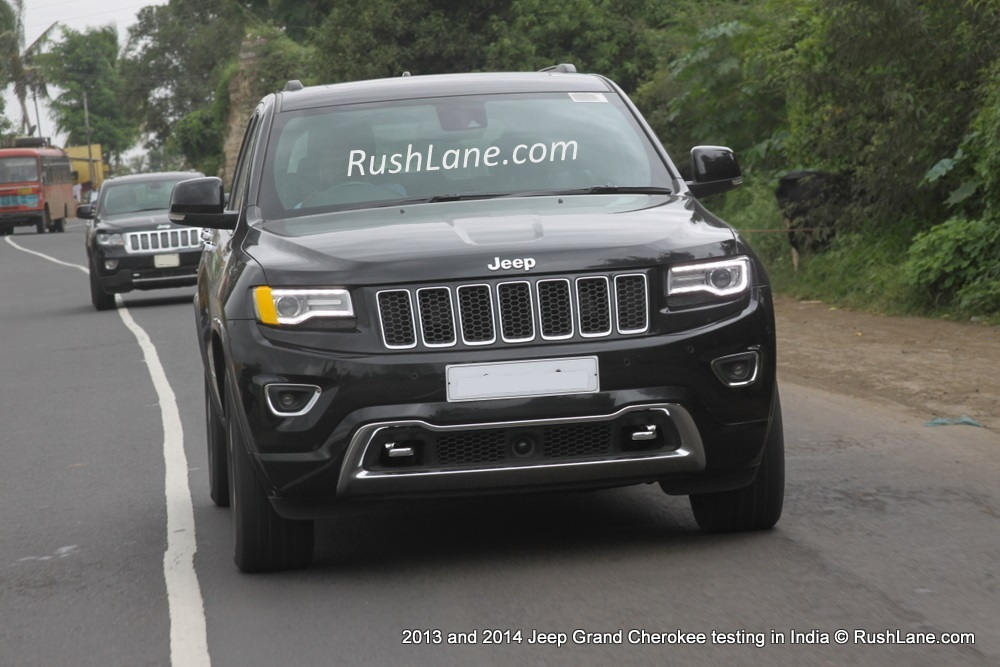 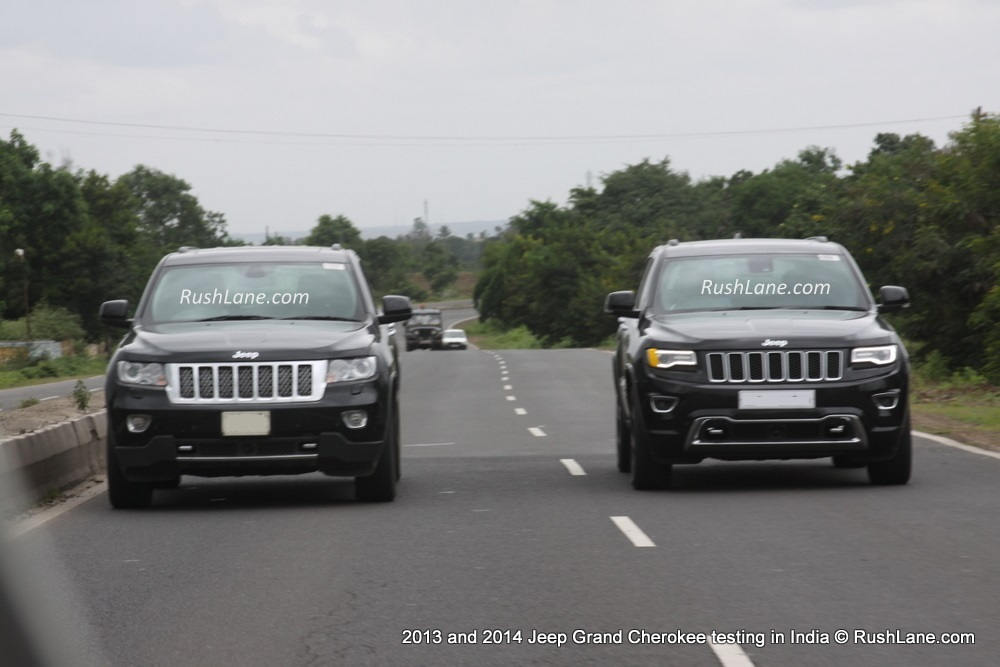 What we know for sure is that the Indian Grand Cherokee will come with the following engine options:

Launch is scheduled for an end of this year and we can safely expect a price tag of close to 40 Lakhs for this big bulky Jeep in India considering that it is not being produced locally for now.