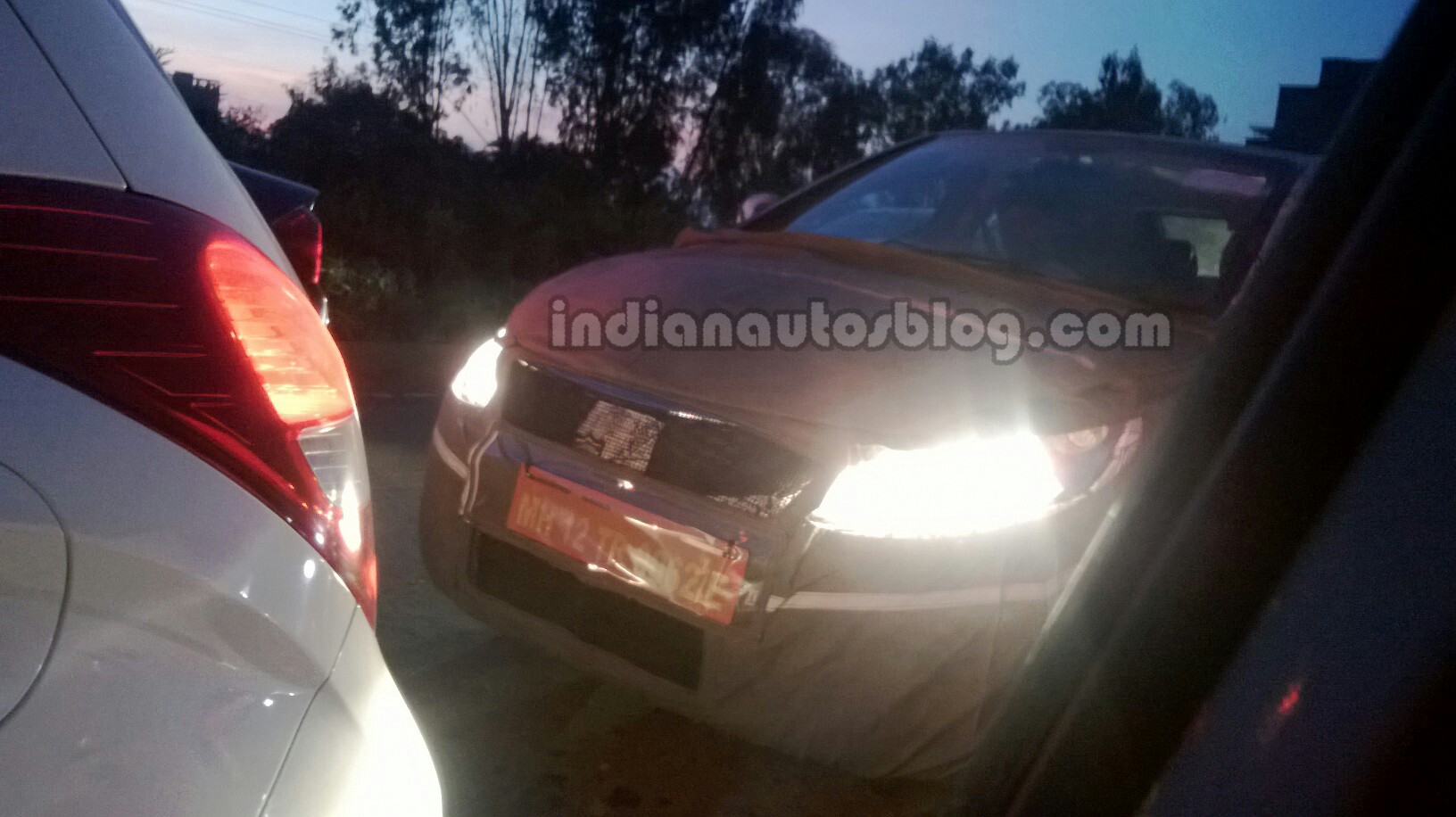 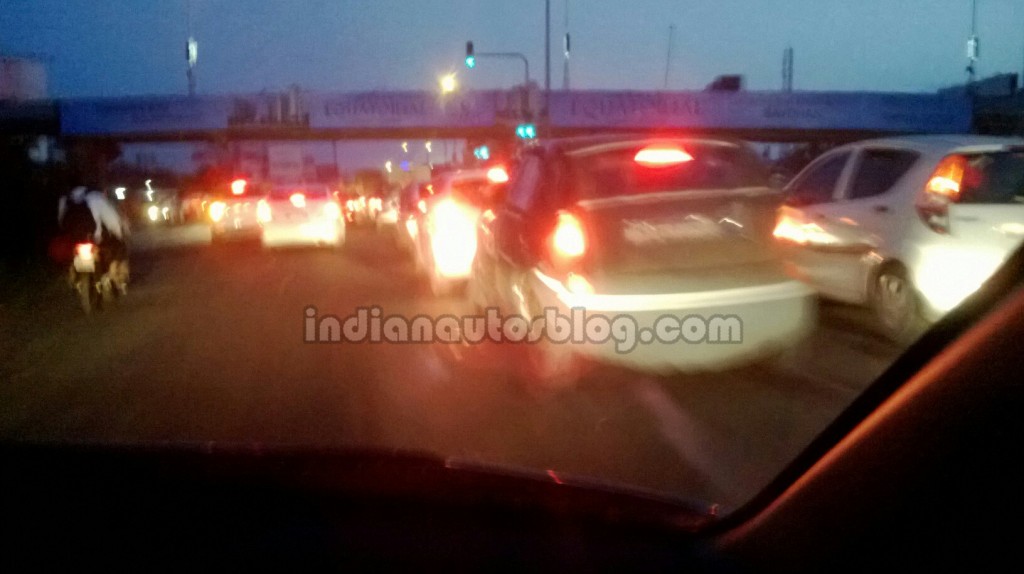 An Indianautosblog.com reader snapped this 2014 Vista refresh test mule somewhere in Pune. It is being claimed that the casings of the rear tail-lamps were different. It seems as if the Christmas Tree arrangement will be ditched in favor of something newer, finally! In the above shot, the spied vehicle is nearly in the center, with a white Ritz to its right. One can notice that the brake lights have been moved to the base in the test vehicle. 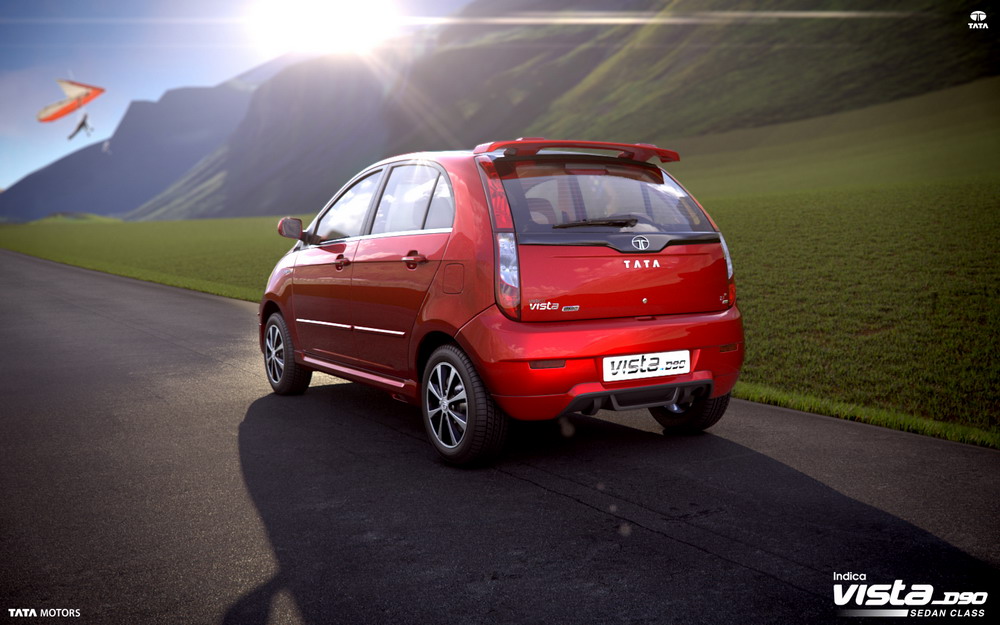 Have a look at the above picture, at the Vista D90 in red. The brake lights are on the top of the whole arrangement, not on the lower part as observed in the test vehicle. Has Tata Motors finally found its wits?? We hope they give the whole assembly a complete makeover. It is desperately needed, since the Christmas Tree arrangement has been carried over from about a decade and almost every Tata car carries a similar back! 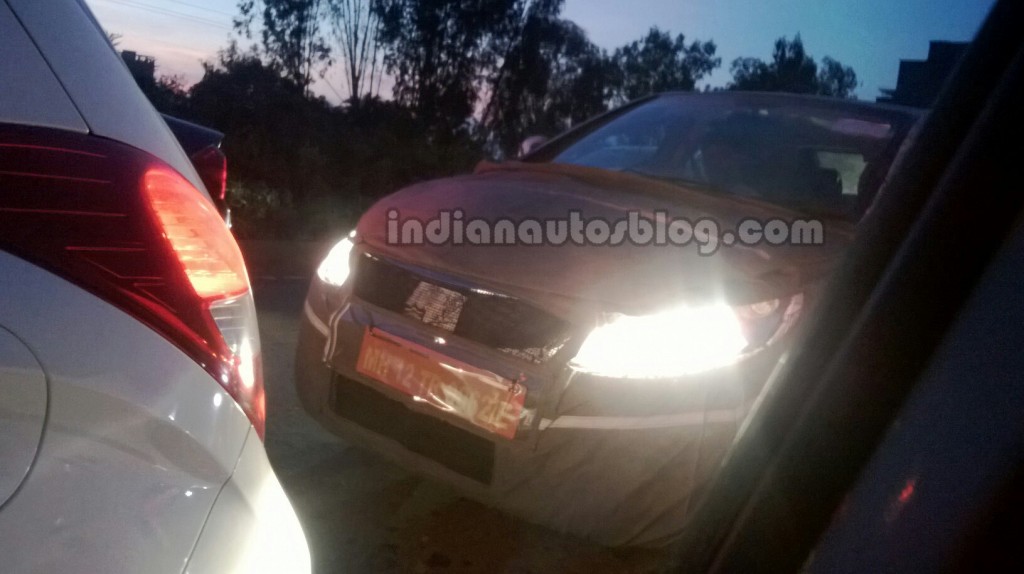 This is another shot, from the front angle. One can easily notice the crumpled camouflage fabric on the front portion. The red registration plate is also clearly visible, along with a hint of a Smiling Engine grille that Tata vehicles have come to be known for. There is a big possibility of redesigned front portion, something more aggressive and contemporary.

The Tata Vista facelift would probably continue using the same set of engines as earlier. The options include a Fiat-sourced 1.3-liter MultiJet diesel engine producing 75 PS or 90 PS depending on the state of tune, and a 1.2-liter 65 PS petrol engine. Currently, Tata offers another 1.4-liter TDI diesel engine which produces 71PS of power output but is BS3 compliant only. MotorBash has exclusive spyshots of a Vista mule getting tested with Tata’s latest CR4 diesel engine which is more modern and more importantly BS4 compliant (Check them here).

And hence, there is all the possibility of Tata introducing it in this new 2014 Vista. The CR4 diesel produces 70PS of power and 140Nm of torque on the cars it does duty currently. A February 2014 Auto Expo unveiling of this Vista facelift/refresh is definitely expected and a launch thereafter is what Tata should be aiming at.