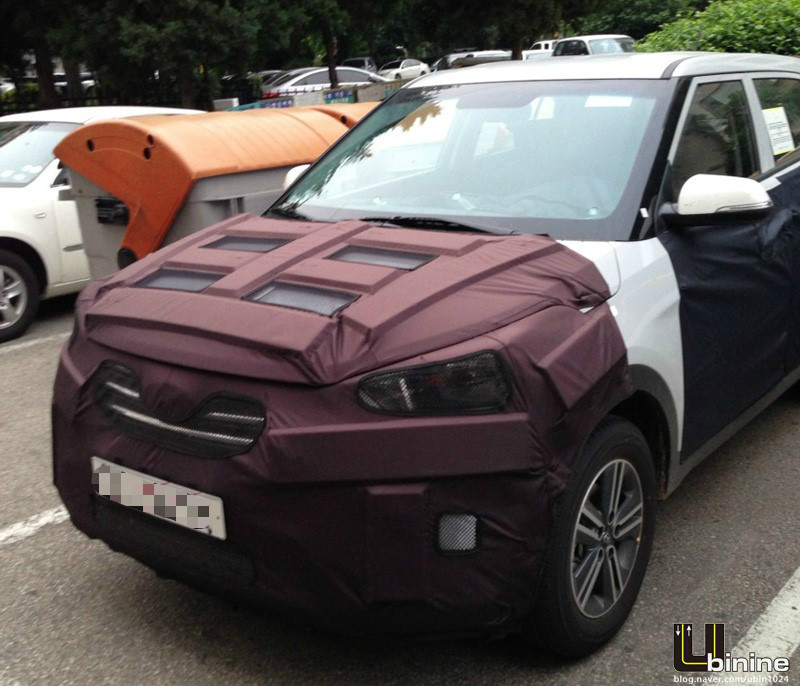 Back in May 2013, we shared with all our readers Hyundai’s aggressive plans for India. According to the report Hyundai has not one or two but as many as 4 new models scheduled for India.

Apart from an MPV, compact sedan, the most important launch is their compact SUV. In a latest development, spyshots of a disguised and hidden test mule have surfaced from Korea. Upon careful observations, it is made clear that the test mule in question is a Hyundai and a compact SUV.

Though this is a left hand drive car, but since, both the stories are running parallel, it is obvious to draw a connection between them. There are all the chances of this mule being the India bound compact SUV that Hyundai has hinted a few times. And the left hand drive also hints that Hyundai might also be looking at it as a world model. From the spyshots it becomes apparent that it uses a lot of Hyundai’s design philosophy and shares a stark resemblance with the new Santa Fe (which is also India bound and has been caught testing). 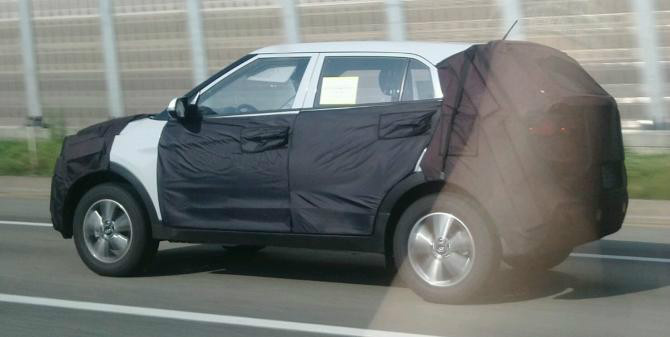 Off late, there have been instances, when Hyundai has been caught testing their cars simultaneously in India and Indian spyshots might, as well, be on the anvil. This mule is hidden to the core including its interiors and dashboard. The alloy wheels bear a resemblance with the next-gen i10 that Hyundai is testing in India. Contrary to Hyundai’s curvier cars, this appear to be a little boxy from whatever we can make out from these spyshots.

Though, we do not have any clues on the engine range that Hyundai will equip this compact SUV with but they do have plethora of engines that appear to be probables. If they intend to build a sub 4-meter compact SUV, the engines might be shared with i20 else, it might as well use the 1.6L engines from Verna. 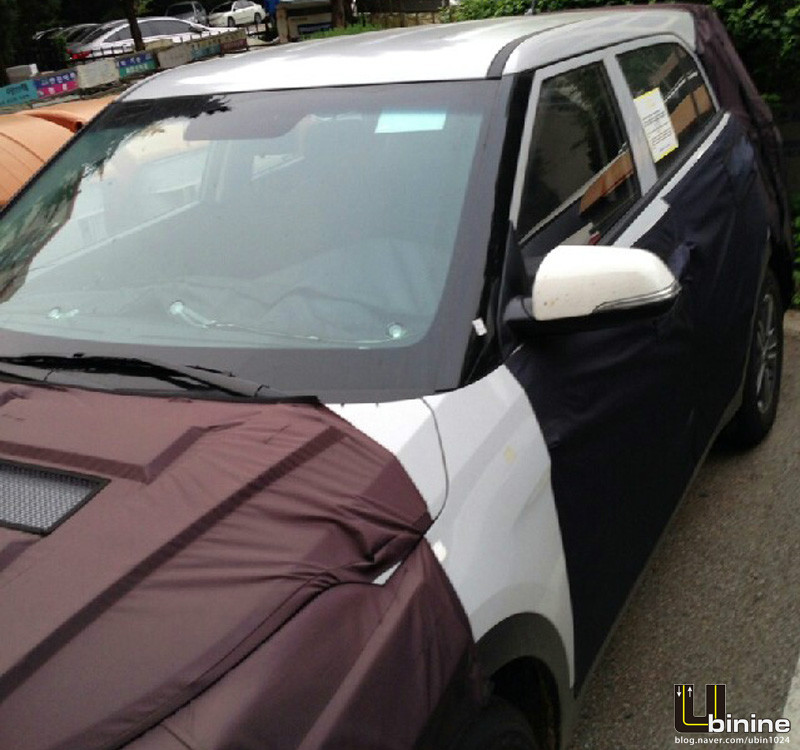 When Hyundai India MD and CEO, Bo Shin was asked on the launch of the compact SUV, he replied that it will be launched soon. Now, if the spyshots have surfaced, we can also expect a late 2014 launch!

1 thought on “SPIED: Are You the India Bound Hyundai’s EcoSport Rivaling Compact SUV?”