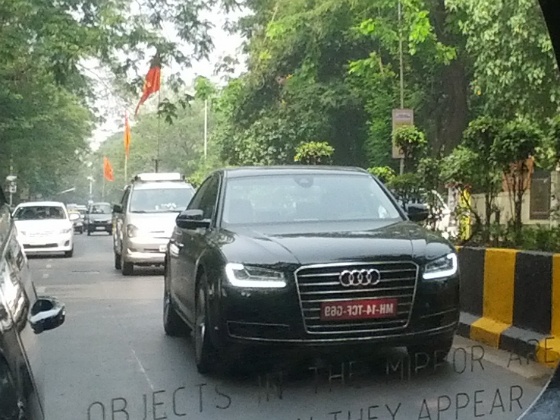 When Mercedes Benz came out with its new S-Class it was about time that the other German manufacturers reveal their trumps. It’s Audi that has been seen and photographed again on a Mumbai street testing the new A8 facelift by Zigwheels.com.

If you choose to drive instead of being chauffeured, you won’t be disappointed. There are a couple of V8s both petrol and diesel and both are quite capable of hurling this graceful giant to the 3-figure number under 5 seconds. Even the smaller 3.0L V6 diesel reach 100 kmph in 6.2 seconds. And they are cleaner than the older A8 too. Oh yeah, there is a monster 12 cylinder 500 hp option too, but then it comes with the longer wheelbase of the model and most probably if you have one of those you wouldn’t be driving.

A8 has always managed to look graceful without being pompous and thankfully Audi has not fiddled with the looks of the facelifted A8 too much. The headlamps have been completely redone and besides illuminating the way ahead of you they also take care of the oncoming vehicles by adjusting the throw and brightness. Very thoughtful! 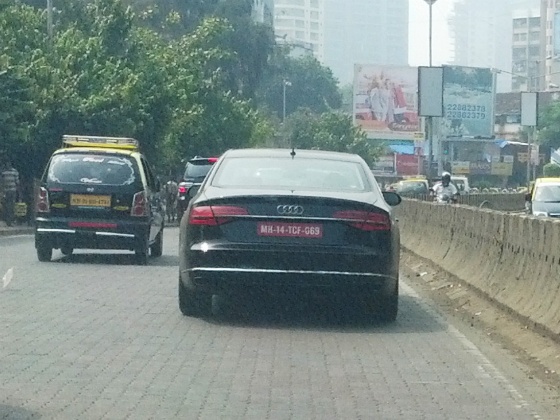 In case you have decided to nestle yourself in the rear comfort seat you won’t be missing any fun there either. You have all the gadgets that you would want for your entertainment and communications and more. Even the interior lighting comes in three colour moods so that you could adjust them to your choice of colour and combination.

We are unsure when will this new Audi A8 facelift be launched in India, but we understand it should be soon.