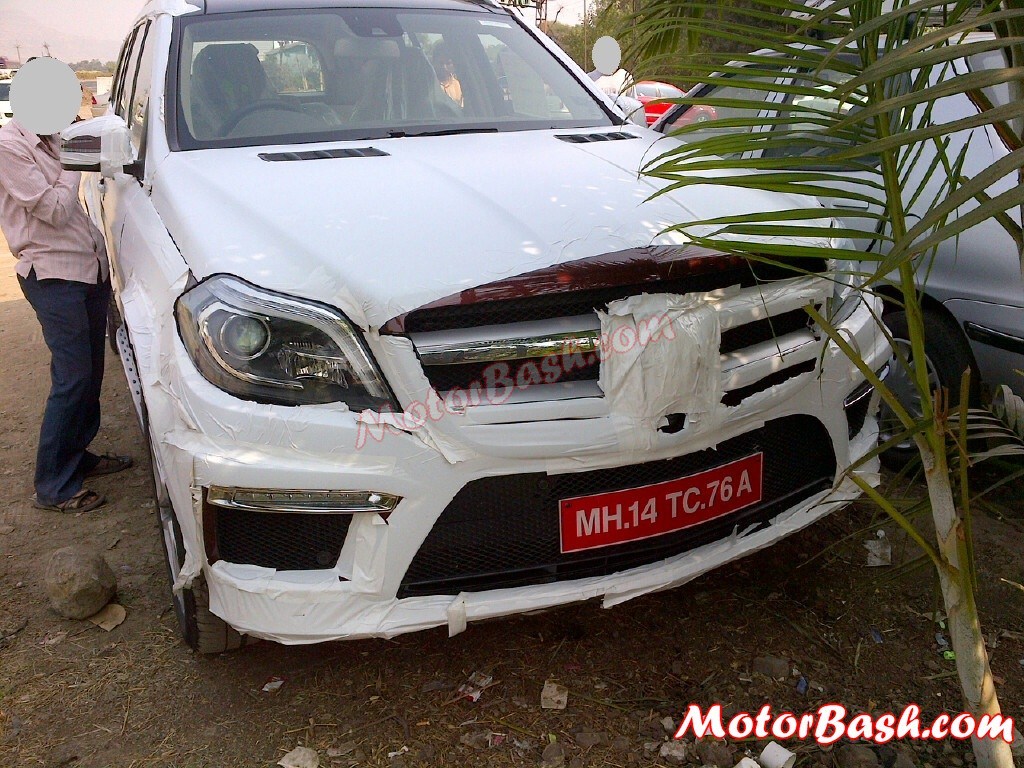 If you ask many a Indians, chances are that they will call Mercedes as the best and possibly the only luxury car manufacturer for India! Such was the brand popularity of the company but that was a few years back.

After Audi and BMW started their onslaught in India, Mercedes has been left as the last among these three BIG Germans! And it seems, a little late though, Mercedes has woken up to the reality all of a sudden and has some real big plans set for India to snatch the numero uno position once again.

They have a plethora of products lined up for the year 2013 which might just be the only year for them to strike back. If the gap increases, it would be a big chase and they might just keep running behind. Nonetheless, looking at their plans and the kind of planned products, it seems these Germans will give a tough time to Audi and BMW.

They will start their stint with the big and sophisticated GL350, spy pics of which we are sharing with you right now. This SUV is codenamed as X166 and the variant you see here is the GL 350 BlueTEC diesel version with AMG kit on. These are the clearmost pics on the web and we have an exclusive interior shot of the car as well. 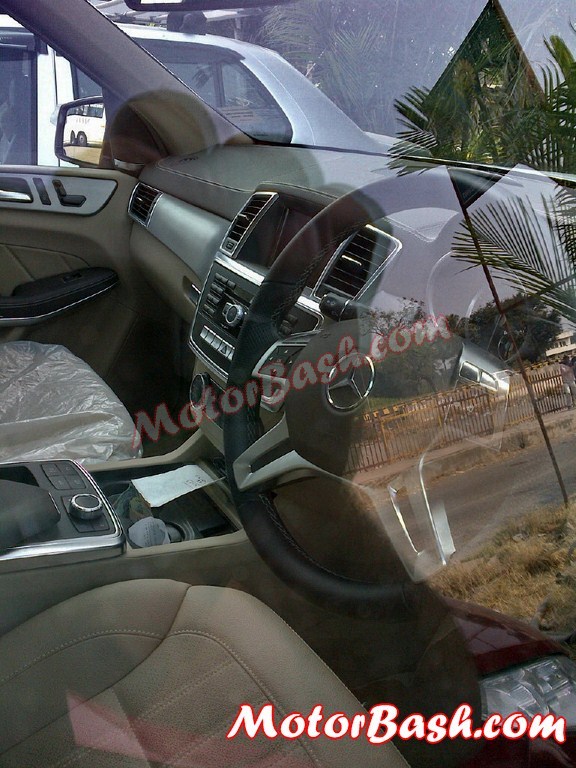 Caught on the Pune-Satara road, these pics are shared by an avid MotorBash reader Amir Malik. The lone interior pic reveals the classy interiors of this SUV. The leather strapped steering wheel, the center console, dashboard all lend an optimum of class and ruggedness.

This GL350 BlueTEC comes with a 7 speed Automatic gearbox which gets powered by a 3.0L turbocharged diesel motor capable of churning out 255bhp of power and a humongous 620Nm of torque. This GL 350 will sit over the current M series and will be imported as CBUs (Completely Built Units) initially.  Expect the official launch to happen shortly.