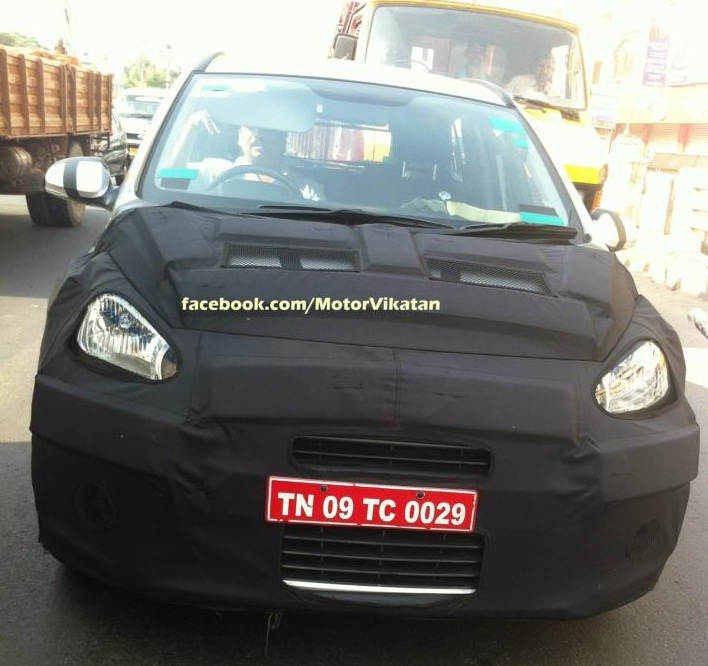 Hyundai is testing their Next-Gen i10 aggressively locally and internationally is already known through the plethora of spyshots we have all over the web.

But the most important bit here is that we all are awaiting for a confirmation on the big time speculated 1.1L CRDI diesel motor on the next-gen car. Even in its petrol-only avatar, i10 is a hot seller and is applauded for its fantastic city-centric behavior. With the addition of a diesel, i10 will square up against its chief nemesis, Swift.

There is a new set of spyshots of i10 that have surfaced which again give an illusion of a bigger car than the current version. This car was caught testing in Chennai, the home ground of Hyundai India. This is probably the clearest frontal shot available and reveals the wider dimensions of the car.

The headlamps do not appear to bulge out as much as the current version. The fog lamp housing impression on the covering also reveals that they are round similar to the pre-facelift model. The mesh grille and air dam of the current i10 gives way to a more conventional one with horizontal bars running across. The tyres also appear to be slightly wider than the current ones on offer. 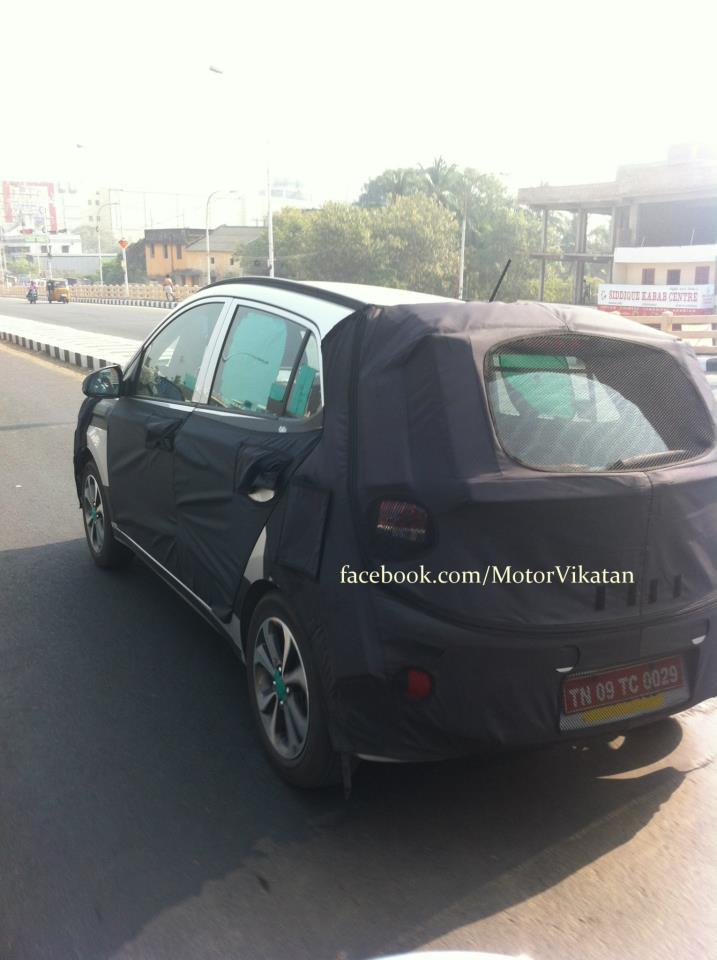 We will be able to see the car in detail without any hidings only by September this year when Hyundai will officially unveil the car at Frankfurt Auto Show. The talk in the tinsel town is that Hyundai might launch it in India around the Diwali season to give it a leaping start.