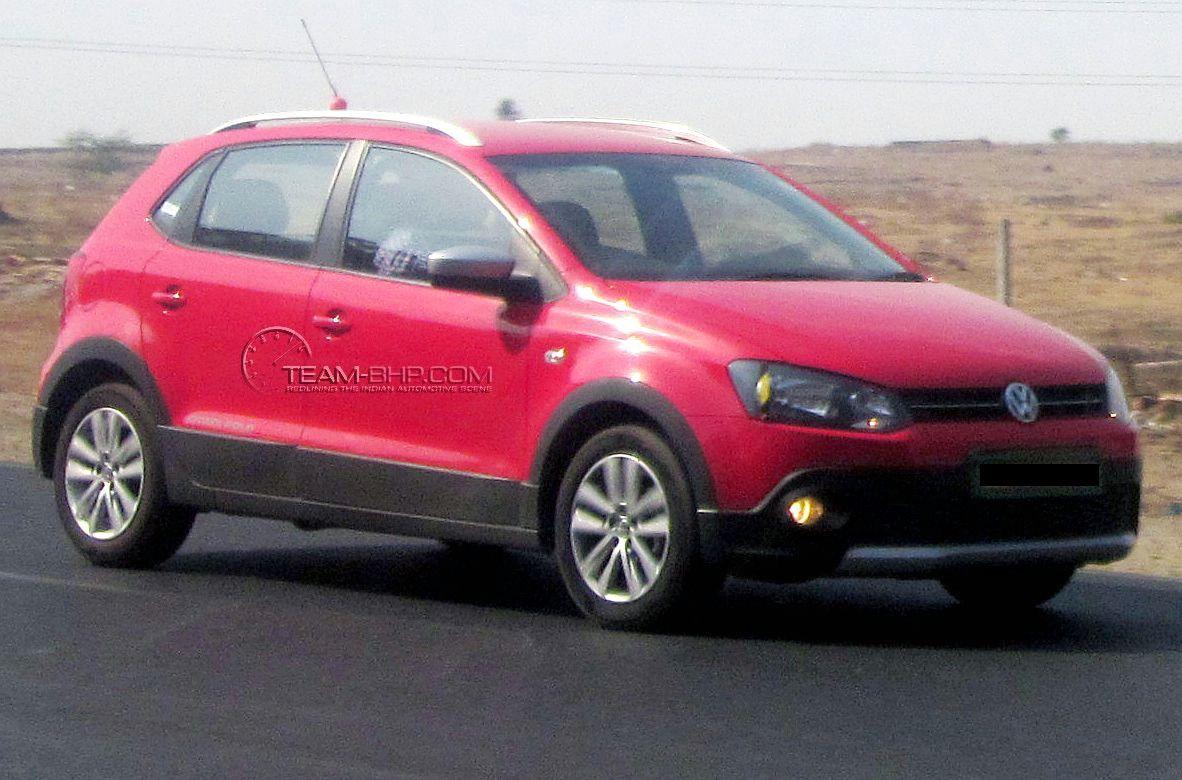 Team-Bhp has shared one of the clearmost spyshots of a Volkswagen Cross Polo test mule in India. A few of you might get confused with a lot of new Polo spyshots with some snazzy badgings. We will clear it out for you.

Apart from the regular petrol and diesel Polo, Volkswagen has launched a turbocharged petrol Polo GT TSI very recently at 7.99 Lakh (ex-showroom Delhi). After this they are also working on a Polo GT TDI diesel version which is expected to carry Vento’s 1.6L diesel motor (Spyshots & Details). Apart from these, this German auto giant is also working on a spruced up version of their Polo hatch which will have some off-roading credentials, much like Skoda Fabia Scout. It is already present in international markets and is called as Cross Polo.

An Unclear spy shot of the car has already made way a few days back and now we have some new pictures along with interesting revelations. Team-Bhp reports that even this Cross Polo will be powered by the 1.6L 105bhp/250Nm TDI diesel motor of Vento sedan.

This simply means that Volkswagen has learnt from their previous mistakes as Fabia Scout, with its 1.2L engines, was horrendously underpowered for the concept that the company tried to sell. Apart from the engine, Cross Polo is visually different from the regular Polo.

Volkswagen has tried to make it butch-looking with pronounced wheel arches, roof-rails, higher ground clearance, redesigned front and rear bumpers, body cladding along with ‘CROSS POLO’ decals. From these spyshots, it appears that Cross Polo will share its alloys from the regular Polo. 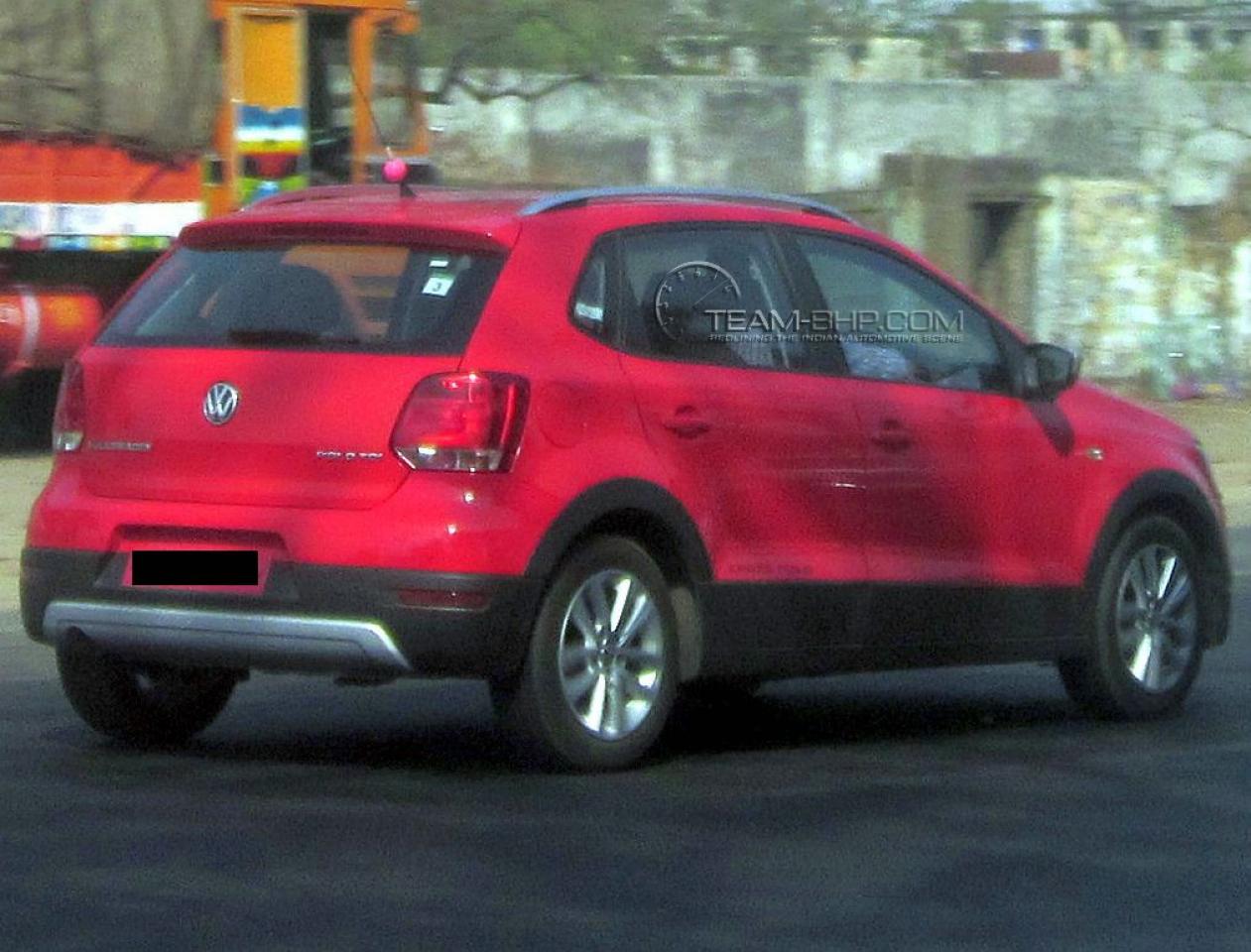 When is the company planning to launch it in India is not known but a 2013 launch seems very imminent. It will be a very challenging task for the company to price it at reasonable levels considering that we have some very competitive products coming in apart from the fact that overpricing it will make it DOA (dead on arrival) from day 1!