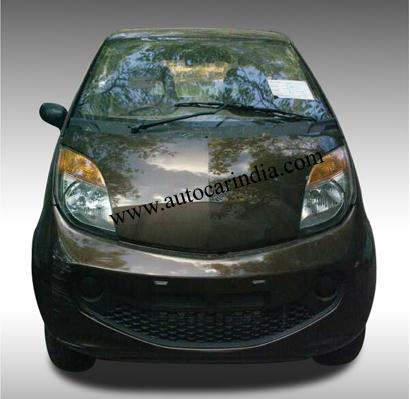 We have shown you exclusive pics of almost every part of the upcoming Tata Nano Diesel. From its interior sneaks to its under-bonnet shots to its current on-road mileage bits.

However, all the test mules wore some kind of a camouflage but not anymore..! Autocar has shared a couple of spyshots of Nano diesel which bear no camouflage and reveal a few new details about the car. That the Nano Diesel is expected to be powered by an 800cc CRDI motor is known. That, Nano diesel will sport new front and rear bumpers is also known.

These new pics reveal them clearly and the front air dam appears to be smiling at you (No Pun Intended!). Though this car doesn’t have them, but the housing tells us that the fog lamps also go round on the Nano Diesel. Things get more interesting as we proceed to the rear. For the first time ever, we see an openable rear hatch (which has been speculated for eons of years). This car has a boot opening handle as well as a key hole at the rear.

The rear windscreen is also bigger than your regular Nano. The rear bumper carries wider air inlet which will aid in cooling the diesel motor. This metallic brown color is also new to Nano’s lineup. 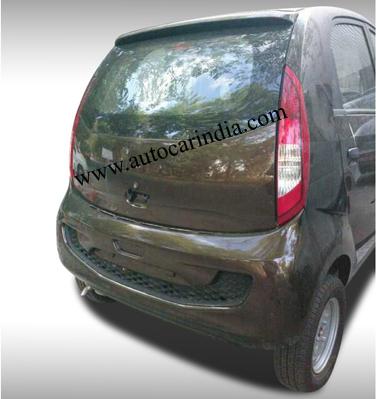 Nano diesel is the much awaited variant of Nano which is expected to bring a lot of cheer to the dampened spirits of Tata’s companymen. It is speculated to be the upcoming India’s most fuel efficient car which can work in the favor of its sales greatly. Tata just needs to price it perfectly. Nano diesel is expected to go on sale sometime early next year in 2014.