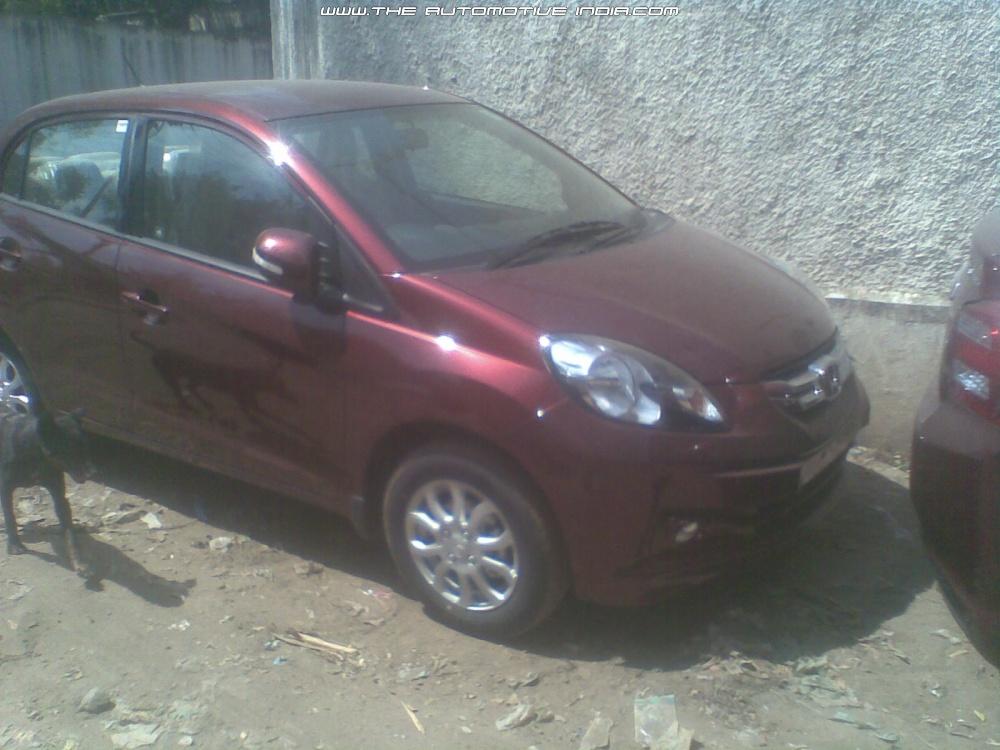 So, you have seen the blue colored Honda Amaze a few days back. Here comes another wave of shots of a Honda Amaze in maroon/dark red color from a dealership in Chennai.

This appears different from the red color of Brio and is more like the dark red color of Honda City. This is again the petrol i-VTEC top of the line new VX variant. So far, of all the pics of Amaze that have appeared over the web, we have not seen any diesel version.

Spotting of the car down south means the car has already reached dealerships and might just go on display before its official launch on 11 April. However, we would love to see a similar pic of diesel Amaze before its launch date to ascertain that both the variants will be launched simultaneously. The interiors look all the more suiting to this color.

Amaze will come with a 1.5L IDTEC diesel engine which will produce 100PS of power and 200Nm of torque. We have busted the insane fuel efficiency figures of 25.8kmpl of Amaze just yesterday. Amaze will also come with Brio’s 1.2L petrol motor. Pricing of the car is expected to be slightly over Dzire.

Did you know: Amaze is one of the 5 upcoming compact sedans in India this year.