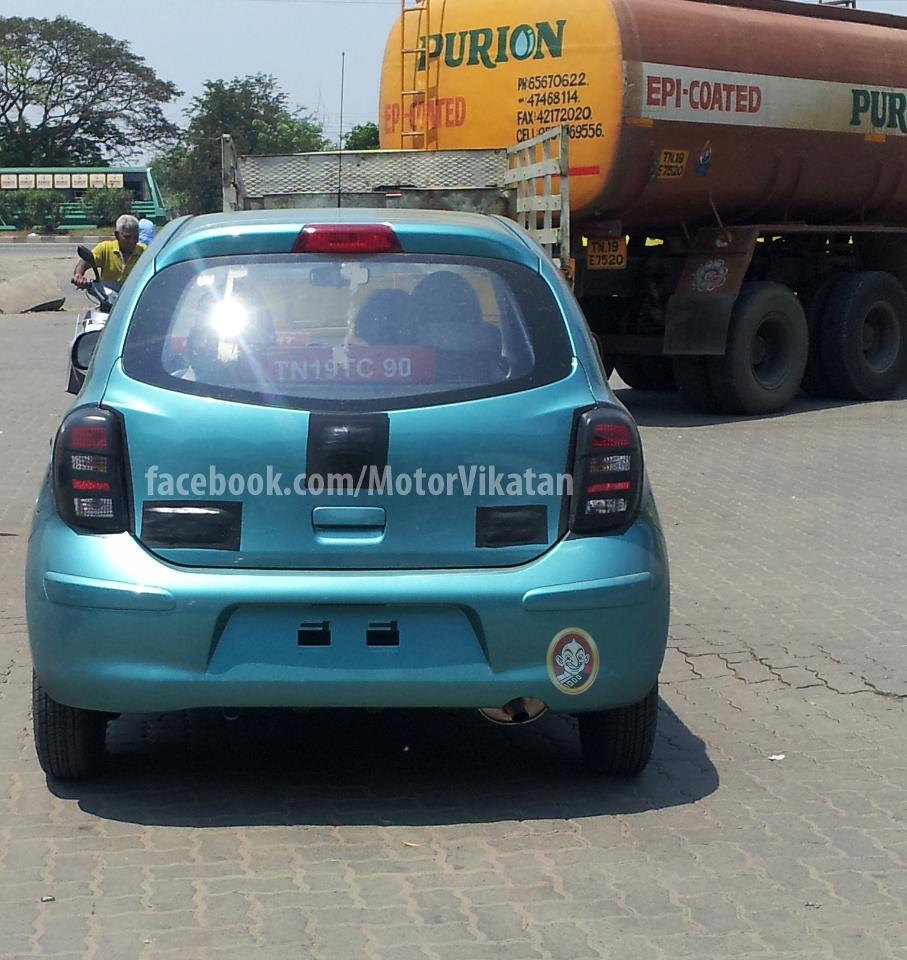 Its a well known fact that Nissan is testing a price cut variant of their Micra hatch for India. Many spyshots have emerged which reveal details about the upcoming car.

Motor Vikatan has published a lone clear daytime shot of the car’s rear which was caught near Chengalpattu in Chennai. If you are unaware, Nissan is planning to launch a cheaper variant of Micra which would compete against a segment lower rivals like Brio, i10 and others.

This lower priced variant of Micra will be called as Micra Active. Speculations suggest that Nissan might reduce the price of the car by as much as Rs 70,000 to give a fair shot at the new strategy. Obviously, there will be many a things which will be removed.

As a first, the standard driver-side airbag will find an omission. Seats will get cheaper integrated headrests along with a cheaper interior upholstery. Steering tilt adjust, digital clock and few other features might also get the axe. Since Nissan is running the test mules with a few tapes, we also expect a few changes to the exteriors like rear tail-lamps. Nissan should be launching this cheaper Micra Active this month or next month.

You should not confuse this mule with the Micra facelift, clear pics of which we shared yesterday. That is a different car which might come as a facelift of the current Micra sometime later. Nissan has also plans to launch a CVT Automatic variant of Micra.