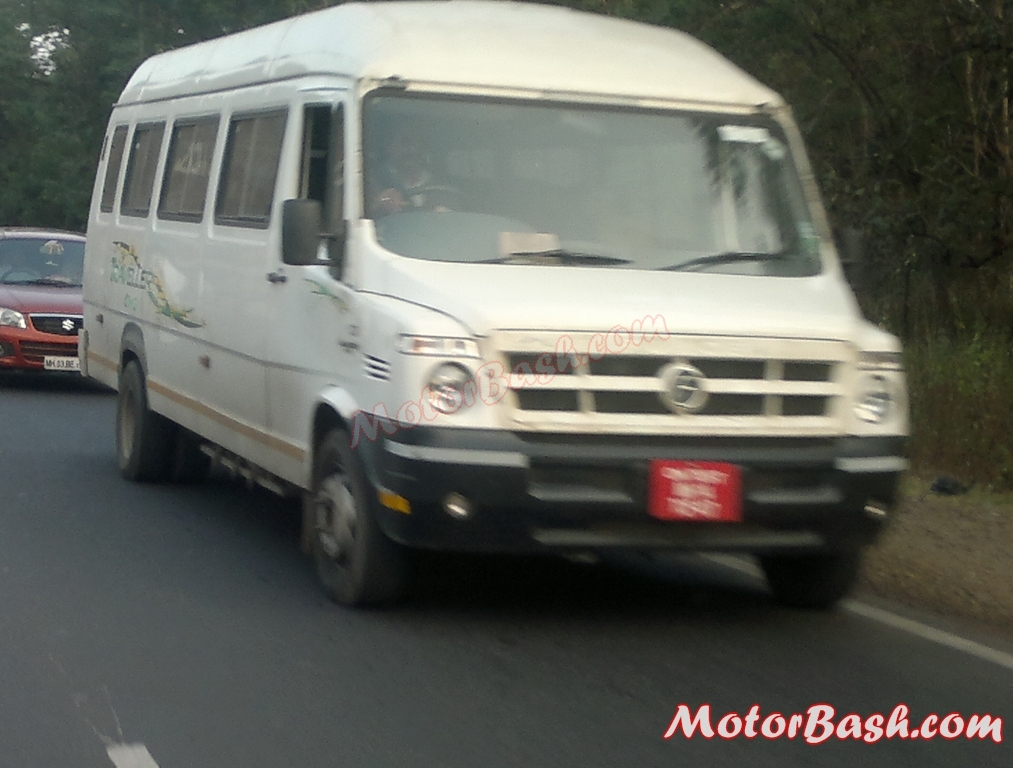 Force Motors is in the thick of things of late. They already have a fantastic seller in the form of Traveller mini bus. Capitalizing on its success, the Pune based manufacturer launched World’s largest Monocoque Bus Traveller26 with an increased seating capacity in October 2012.

During its launch Force confirmed that a CNG version of Traveller26 is under test and was slated to launch during the early part of 2013. However, that did not happen and the bus is still not on sale. Going by the latest spyshot we have, it is a conclusive evidence that the monocoque bus in CNG is under test. Look just under the big Traveller badge on the side and you can notice the ‘CNG’ moniker confirming the development.

Considering that this looks like a production ready mule (and even the stickers have arrived), launch must be close by. We can expect an Auto Expo unveiling and a launch thereafter now.

Traveller26 CNG will continue to be powered by the 2149cc 4 cylinder CRDI diesel engine. In its current form on the regular Traveller26, it produces 129PS of maximum power output and peak torque of 295Nm. How will Force alter these specs on the CNG variant remains to be seen.

However, features such as disc brakes on all 4 wheels, good fuel efficiency, high power to weight ratio etc are expected to be carried over to the Force Traveller26 CNG as well.

For all details and pictures of Traveller26, click here.