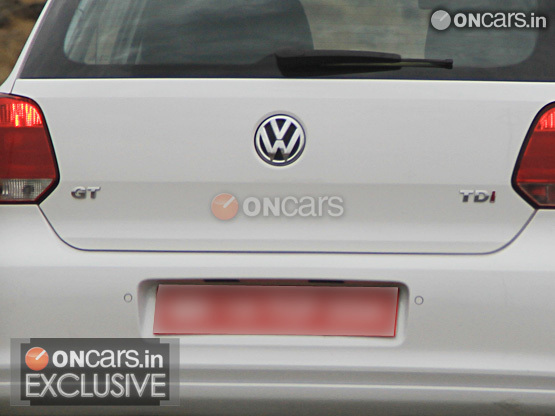 Well, it has been in the air for sometime how Volkswagen intends to leverage their current Polo and Vento to form various variants out of them in the Indian market for the coming few years before bringing new products in the market.

After launching the hot petrol GT TSI, the next in line will be Volkswagen CrossPolo and Polo GT TDI. We have shared with you a lot of spyshots of Polo’s test mules but here are the first conclusive pictures of Polo with actual GT TDI badges. Caught by an OnCars reader, this mule is reportedly very similar to GT TSI. Right from the front grille to alloys it shares its parts and comes with black interiors.

But What is Polo GT TDI?

Polo GT TDI is nothing but a hot hatch version of Polo diesel. It will carry Vento’s 1.6L diesel engine which will produce power in excess of 100 horses and expect no short of a stonker of performance along with truck loads of torque. If the tunings remain similar, Polo will be a better performer than Vento considering its lighter weight.

However, there is a big hitch here. With the 1.6L diesel engine Polo will no longer be considered a ‘Small’ car and will attract higher excise duties (Excise duty structure explained in simple terms). This, in turn, means that it will be priced really higher up the tree. As it is Polo GT TSI is the costliest petrol hatch in India, expect a similar tag for this diesel as well. 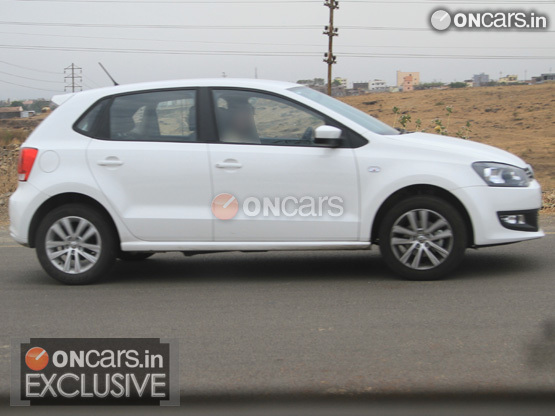 But what it gives us, Indians, is a chance to explore the powerful potent machines that we were kept devoid of earlier!

Here are the Upcoming Polo Variants: