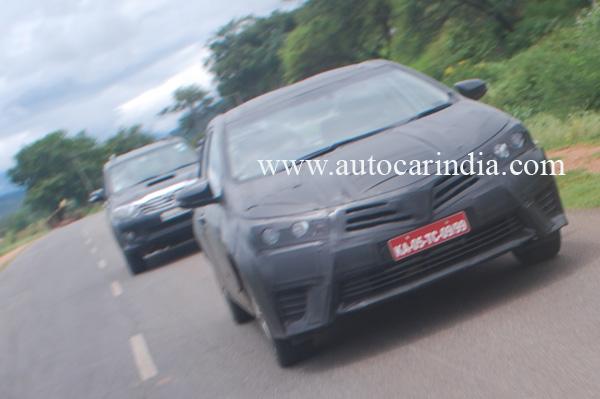 Here are the first confirmed traces of Toyota bringing the Next-Gen 2014 Corolla in India. Autocar India has published a set of spyshots of the new car which was caught testing in disguise on our soil.

This is the first Corolla that stands out, is sleeker smarter and has a distinct personality. Otherwise all the earlier iterations of this mid-sized sedan have been very sedate and muted designs. Toyota has also cleared that this new Corolla was designed keeping the younger audience in mind.

The Next-Gen Corolla is heavily based on the Furia concept that the company showcased at the Detroit motor show in January this year and was officially unveiled in June 2013. With its sharper looks and youthful demeanor, Toyota is probably trying to crack the lower age buyers which, till now, have kept themselves distant from this car.

The Next-Gen car will come with completely new exteriors and all-new interiors. But, unfortunately Autocar predicts that it will continue with the same set of engines. While we do not have any qualms with the dual VVTi 1.8L petrol motor, it is the impotent 1.4L diesel engine that should have been shown the bin! 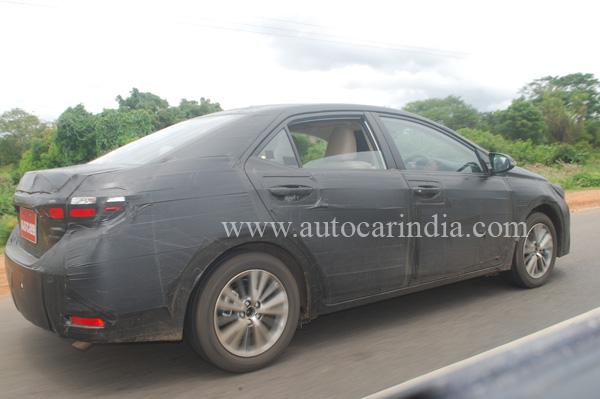 The saving grace, however, is the obvious fact, that both these engines will be tuned and optimized for better driveability and we hope Toyota also pays a little heed to the performance of the diesel motor. The Next-Gen Corolla will also come with an all-new electric power steering which is touted to save 3-5% fuel.

Corolla has been an impressive seller and with the introduction of the Next-Gen car in India, Toyota has a real good chance to tap onto the younger generation of buyers which currently prefer much more powerful cars, interestingly from the same segment. However, with that puny diesel motor we are unsure how many of us will really feel excited about this new Corolla.

If you are reading this Toyota, do consider giving us a deserving diesel engine!

Check Out all Details & Picture Gallery of 2014 Toyota Corolla