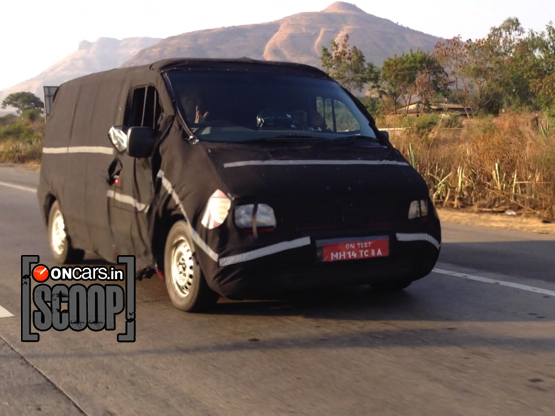 In the year of 2013, we’re going to see a slew of new launches in various segments from various manufacturers.

During the launch of Traveller26 Force officially revealed their intentions of launching a huge MPV based on Mercedes Viano towards the end of 2013.

A couple of months back, completely covered test mules were spotted in Pune through unclear pics. Now folks at oncars.in has published some clear spy shots of the upcoming MPV from Force Motors.

From whatever is visible, this MPV resembles Mercedes Benz Viano quite a bit; specially the size! With 7 seater or 8 seater configuration, this MPV will sport refreshed front and rear end. 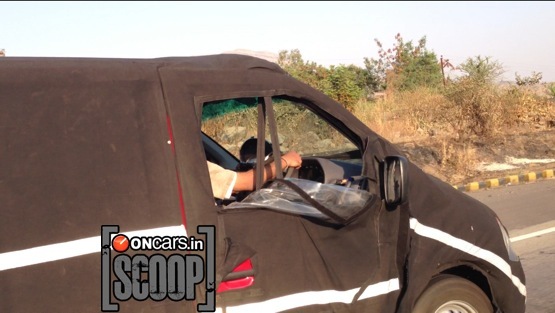 As for the engine options, we expect the most advanced diesel engine that Force has – the 2.2-Liter Turbocharged FMTECH Diesel could make way under the bonnet. This engine powers the Force One SUV and will have a power output of about  140 PS. 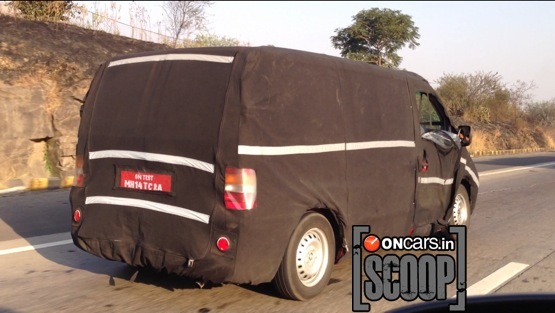 As with the current Force One entry level test mules, the Pune based manufacturer might also plonk in a BS3 engine for lesser markets.

This Force MPV will compete head-on with Innova and possibly a few bigger commercial ones as well. Expect it to make way somewhere around December this year or early next year. Let’s wait to see when this big thing sheds its clothes for us to understand its creases!