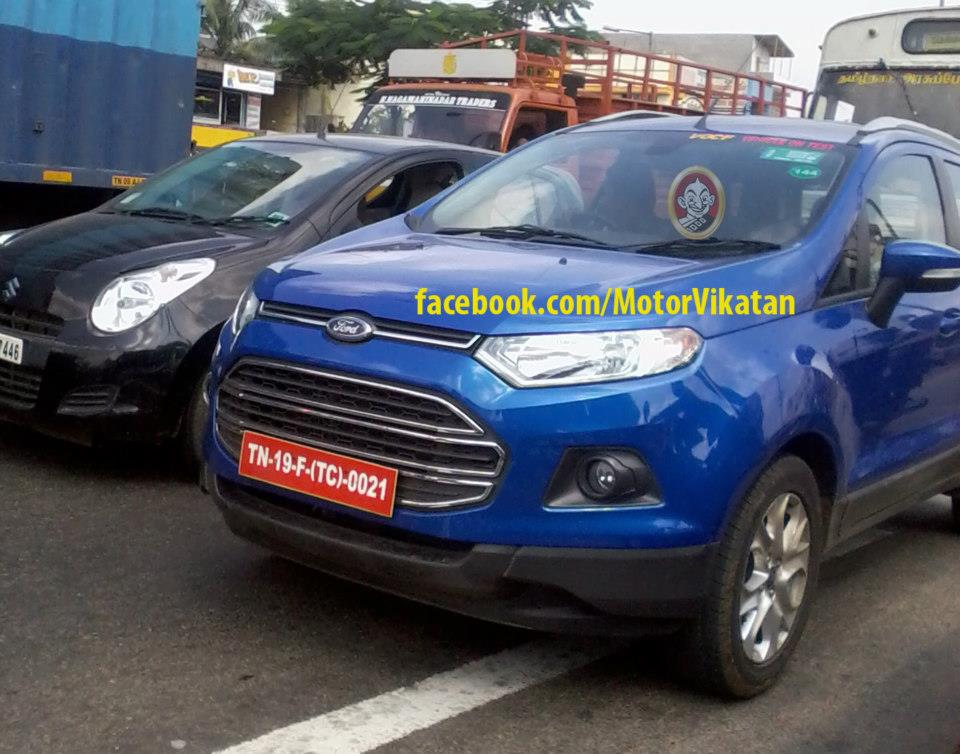 Just a few hours back we talked about the 7 seater version of Ford EcoSport and here we have another set of spyshots of the compact SUV on our Indian soil.

Motor Vikatan has shared these spy pics of the EcoSport testing in Chennai possibly around Ford’s plant. The first thing to note here is the Kinetic Blue color which, to us, enhances the road presence of the CUV. This is the top-of-the-line Titanium variant which has been spotted.

From the plethora of snaps we have in hand, we can make out the body proportions of EcoSport along with its compact dimensions. Many international markets have already received this mini SUV and we are just waiting to hear about an official word from the company.

According to unconfirmed reports we have, EcoSport would be launched sometime in February 2013 and would be unveiled by Tamil Nadu Chief Minister Jayalalithaa. Following which, Ford would launch it in Nepal in March. 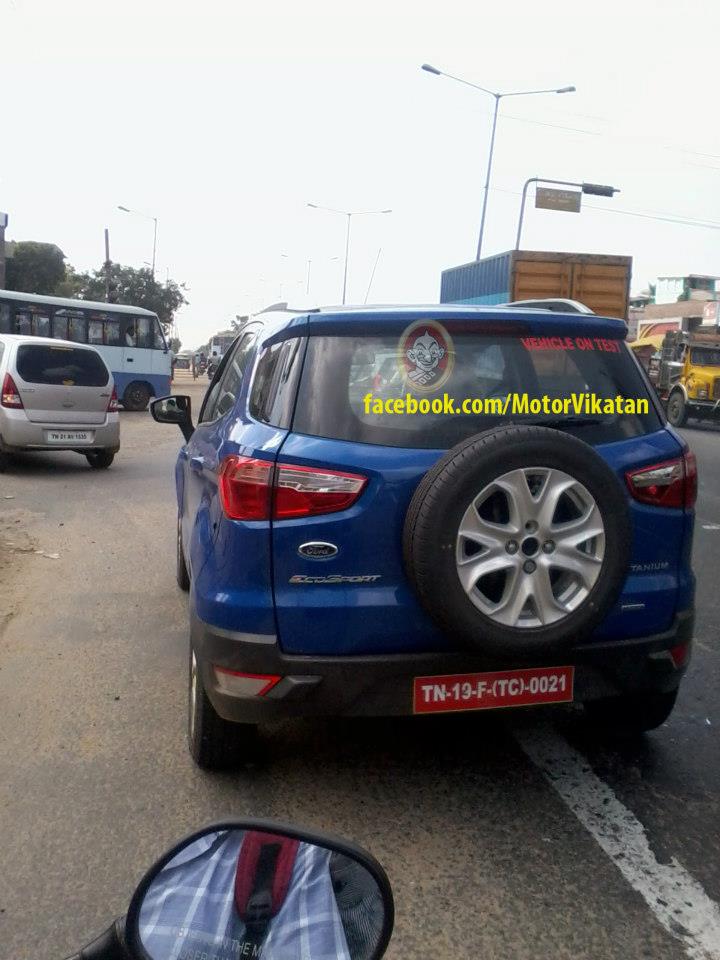 Indian EcoSport would be powered by the turbo charged 1.0L EcoBoost engine which has been awaited quite keenly. Along with it, the majority sales potential candidate would be the 1.5L TDCI diesel engine from Fiesta. The 1.5L petrol engine from Fiesta is also expected to find way. We also know that there would be an Automatic variant which would be on offer.

So, all you Duster folks, wait for a couple of months before you put your money on the table as the true alternate is about to arrive.