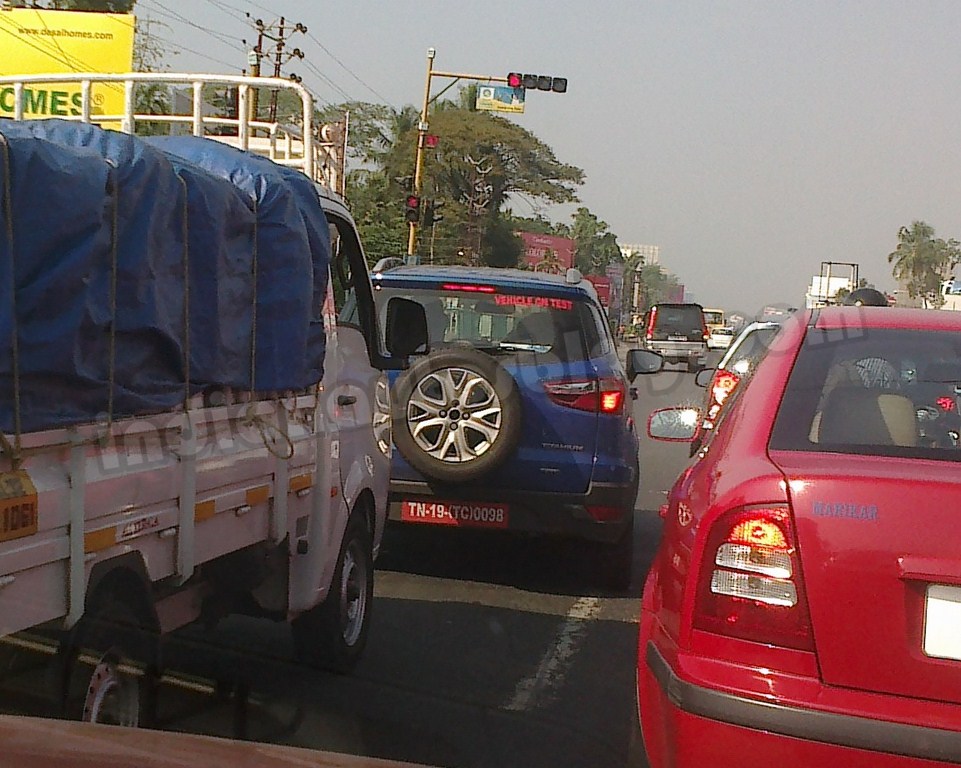 Ford is busy testing the Ecosport and it seems the car is on a Pan-India tour covering all major cities of India.

This is done in order to validate and verify the compact SUV’s behavior in as many conditions, temperatures, road conditions as possible before the product’s official launch. This is a picture of a blue colored Ecosport published by IndianAutosBlog which was caught doing test runs in Cochin.

Ecosport has already been caught in many cities of India including Chennai, Bangalore, Pune among others. Manufacturers, these days are ensuring that they test their cars extensively to ensure niggle-free products to customers. We have already seen Chevrolet testing their Sail U-VA for more than 6.3 million kilometers in India.

When is Ecosport Launching?

Despite the whole country buzzing about an August launch, we strongly feel Ecosport would come to us during the first half quite possibly around the February-March period. Just yesterday we have talked about 4 pointers which should enable Ford to price the Ecosport competitively.