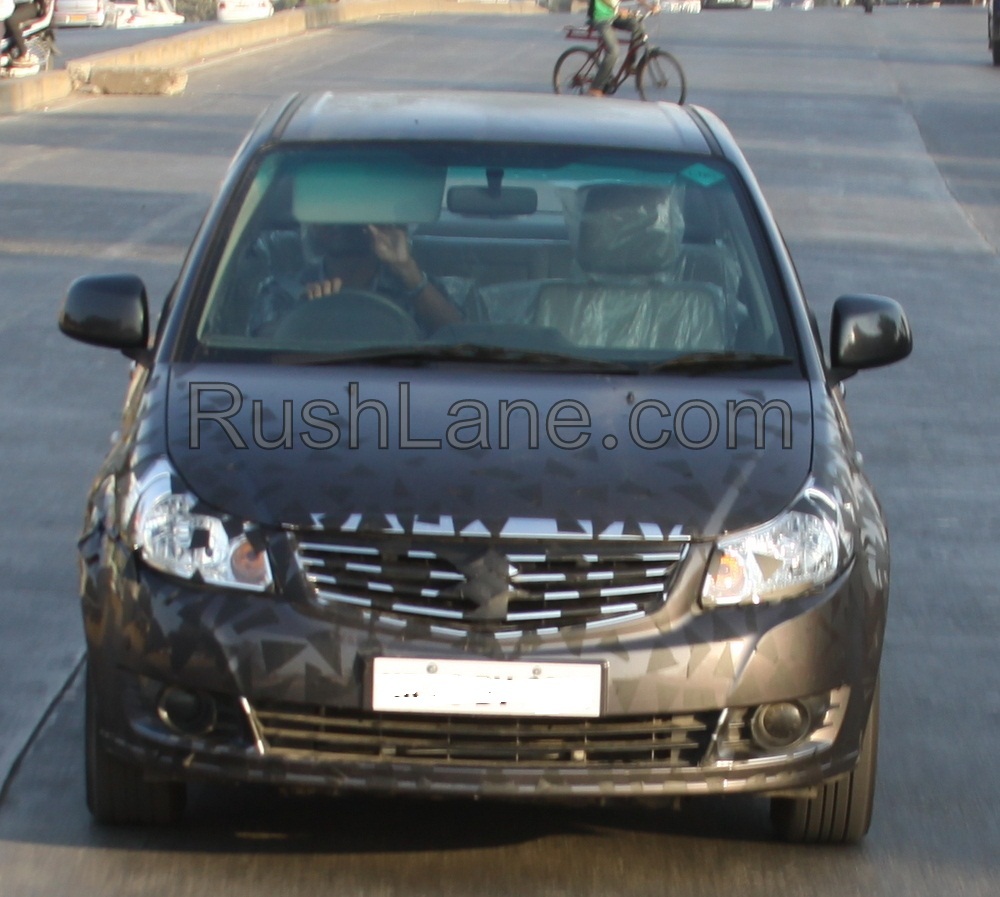 Barely a few days back, the sudden spurt of spyshots of a camouflaged Maruti Suzuki SX4 from Gujarat caught everyone’s eye and now a few more have emerged from Pune.

This facelifted SX4 sports minor changes to the front fascia of the car. It gets a chrome grille along with redesigned front bumper and possibly a new set of alloy wheels. These new pictures published by Rushlane.com appear to be of the same VXI CNG test mule which was spotted in Gujarat earlier.

SX4 was launched in 2007 in the Indian market and after the initial hysteria, has more or less remained a lesser player in the C-segment sedan market despite the presence of a diesel mill. Even the petrol-only Honda City beats SX4 quite convincingly when it comes to the talk of sales.

This facelifted SX4 will borrow major styling cues from the Chinese Suzuki SX4 facelift of 2010 (Check Pics here). We do not expect any significant changes to this new 2013 Maruti Suzuki SX4’s engine bits and other mechanicals. With these looks, the new SX4 will definitely look more mature but will it have any effect in the falling sales remains to be seen.

We also know that this will be a stop-fill gap before an all new SX4 hits the shores sometime in 2014 which might probably be based on the S-Cross concept which Suzuki unveiled at the Paris Motor Show.