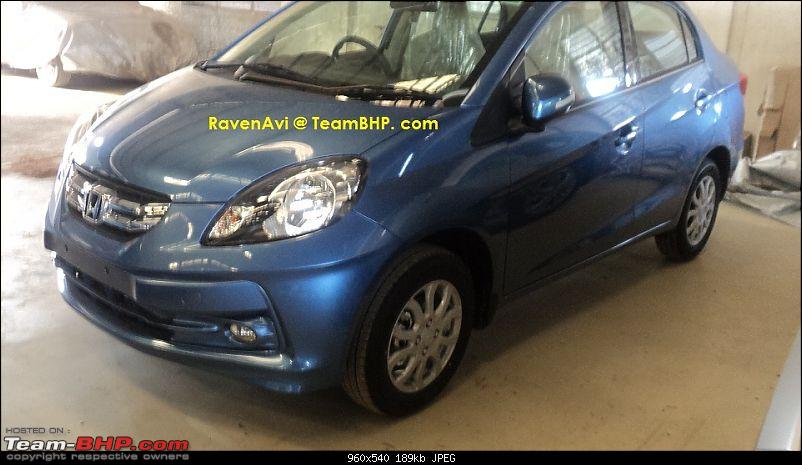 Barely a few days back, the first ever shots of Honda Amaze sputter out on the world wide web. And now it becomes apparently clear, through these new spyshots, that it will share almost everything with the smaller sibling, Brio hatch.

Published at Team-Bhp, these pics of the upcoming Honda Amaze appear to have been taken at a dealership. We have already talked about the exterior changes, these new set of spyshots also reveal the interiors of the car. So, what are the main pointers here, lets talk about them: 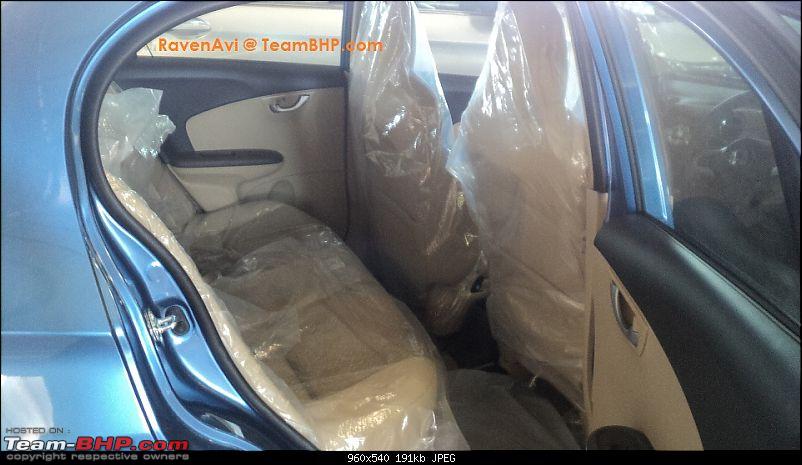 What the Amaze will bring with it for us is Honda’s first diesel engine for India. Along with the same 1.2L IVTEC petrol motor, Amaze will also be powered by a 1.5L EarthDreams diesel engine specifications of which are not known yet.

Honda is slated to launch Amaze towards the second and third week of April. There are different claims of dates but the good thing is that they all fall around the same period. Speculations point at Honda’s intents of aggressive pricing for Amaze. We expect it to be priced slightly over Dzire. With, a lot of information in hand, do you feel Amaze will do a Dzire for Honda?