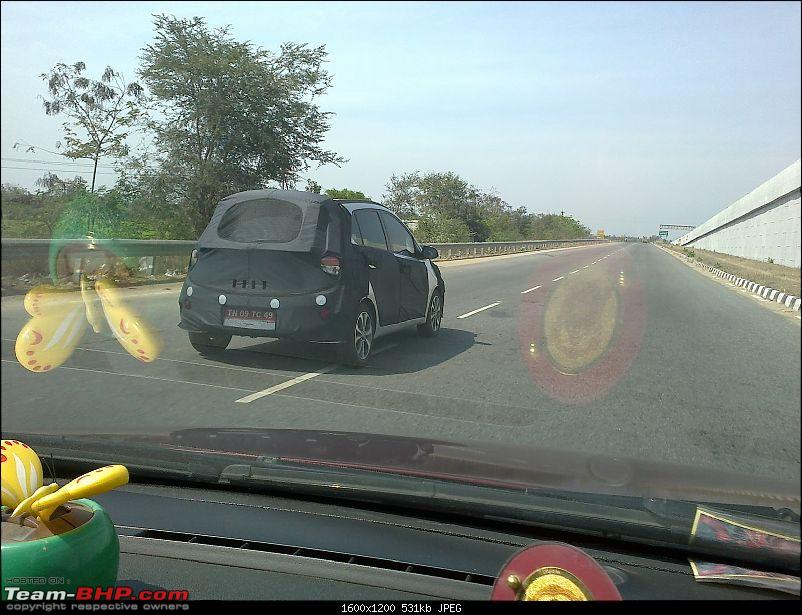 Hyundai has been testing the Next Generation of their small car i10 in India for a few months now. The first mule of the car was spotted in August last year in India.

The car has been snapped a few times in between, but to our disappointment, the heavy camouflage just doesn’t allow us to sneak into the newer bits. We, now, have a couple of recent shots of the new i10 from some part of the country published at Team-Bhp.

The car is as heavily veiled as it was earlier, but somehow, it looks a little bigger than the current version we have in the market. We can safely assume Hyundai’s fluidic treatment to be lent to this car which appears to have a falling roof-line as a result of the same.

Through the earlier spyshots, we understand that the bigger sweptback headlamps will get synchronized with modified bumpers, new face among other changes. People are very eagerly awaiting the new i10 majorly because of the fact that the new generation will come with a 1.1L Common Rail Diesel engine, obviously along with the petrols. 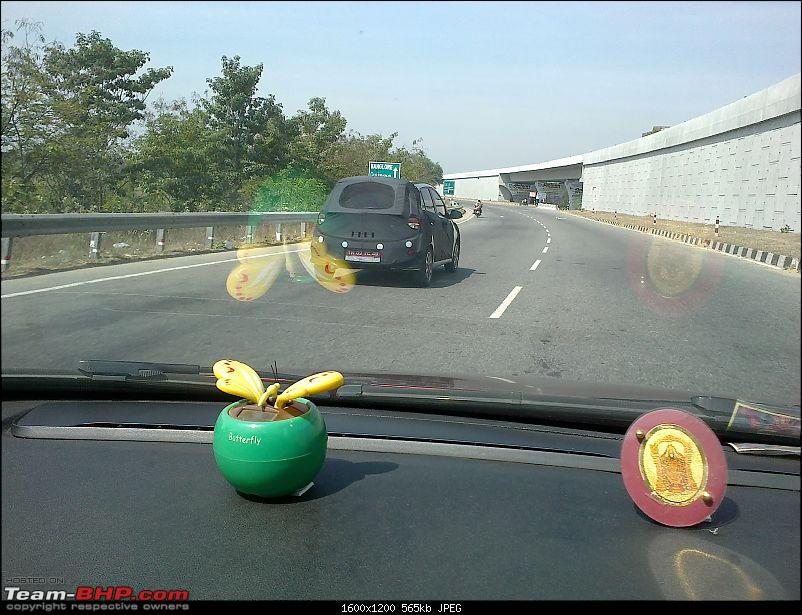 Another significant point to note here is that Hyundai is testing this car simultaneously in the international markets and will unveil it at the 2013 Frankfurt Motor Show in September 2013. We do not expect Hyundai to launch this new i10 in India this year but an early 2014 launch is what we are safely hoping.

1 thought on “SPIED: Hyundai Continues Testing the Next-Gen i10 in India”