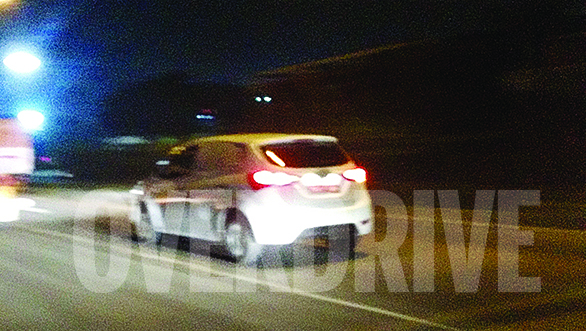 An interesting spyshot of a Hyundai car has emerged on the web. From the lone view we have, it appears to be the ix20 Mini-MPV from the Korean carmaker, which is based on the same platform as the i20 model. We are puzzled about what the international ix20 is doing on ourIndian roads!

At first sight, the vehicle appears short for a 7-seater MPV. The ix20 isn’t too tall for an MPV, either. The ix20 is essentially similar sized as i20 but has more interior space and better rear legroom.

Another noticeable observation is that the vehicle was wrapped up in no sort of camouflage. In tune with Hyundai’s current design philosophy, one can spot a wee bit of curves flowing around the shell of the car. The original source of the pic, Overdrive.in, claims that the spied vehicle featured regular doors instead of the sliding ones, and had a large hexagonal engine grille that is synonymous with Hyundai.

The Grand i10 hatchback was launched by the Korean carmaker a few months back. It was the Indianised version of the second-generation i10 that went up for grabs in Europe. Hyundai had revealed plans to spawn a compact sedan based on the Grand i10, and interesting enough, it has been caught testing just a couple of days back. Sensible thing to do in these times of tough economic conditions, as the shared platforms and parts will ultimately lead to lower costs and higher margins.

We aren’t really too sure to tell that the ix20 Mini-MPV could be making a foray into India, but if it does, then it will be very difficult for Hyundai to position it here. More so considering that this is not even a 7-seater to compete against Ertiga and upcoming Mobilio.

Whether this or some other car, Hyundai is surely preparing an MPV for the Indian market and its launch is expected sometime in 2014 after the upcoming Grand i10 compact sedan makes way. The MPV might be unveiled towards the later-half of 2014. When it goes on sale, we expect it to carry an entry price tag of around 6-7 lakh.