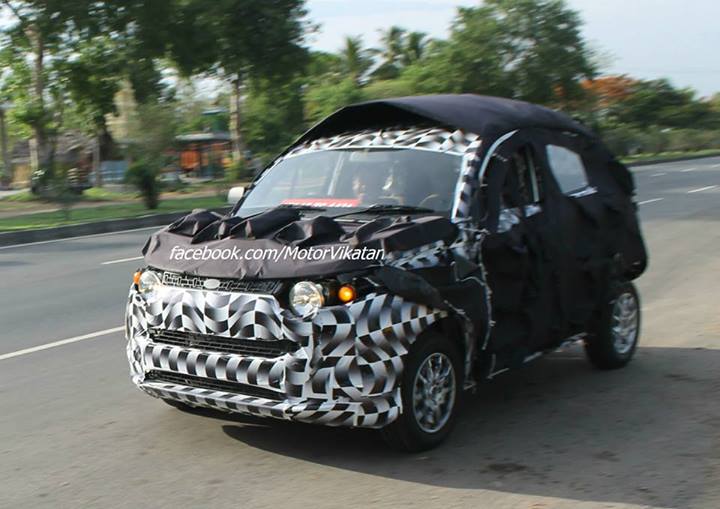 The next big thing from Mahindra is going to be this compact crossover which has been codenamed as ‘S101’ internally. This car has been caught towing a Genio a few days back and now Motor Vikatan shares more pics of the ‘under-test’ car.

From the sides, the S101 looks bulged up like a larger Nano with an obvious sub-4 meter length. And as a result of this tall-boy design, there appears to be huge headroom for the driver who is driving this test mule. Mahindra must be working Maruti’s way – more headroom gives an illusion of more space.

Catch a close rendering of S101

From these new spyshots, we can also see a dashboard, however it is as hidden as other parts of the car. What makes it apparent however is the fact that the dashboard is a high-mounted one and we wish S101 doesn’t come with an obstructed view for the driver. The rest of the car runs on dummy parts which are makeshift arrangements either to confuse the spies (who are on the roll always) or the parts and vendors have not been finalized. 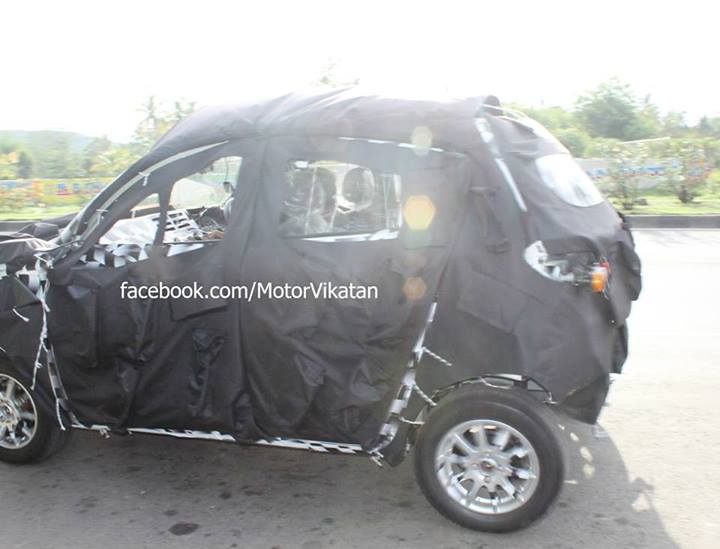 Nonetheless, if you observe closely, S101 is taking shape slowly. The front grille and beefy front bumper are now present and we expect complete car to start rolling on the streets shortly. As we have pointed out earlier as well, the tyres appear to be 15 inchers but with striking alloy wheel design. 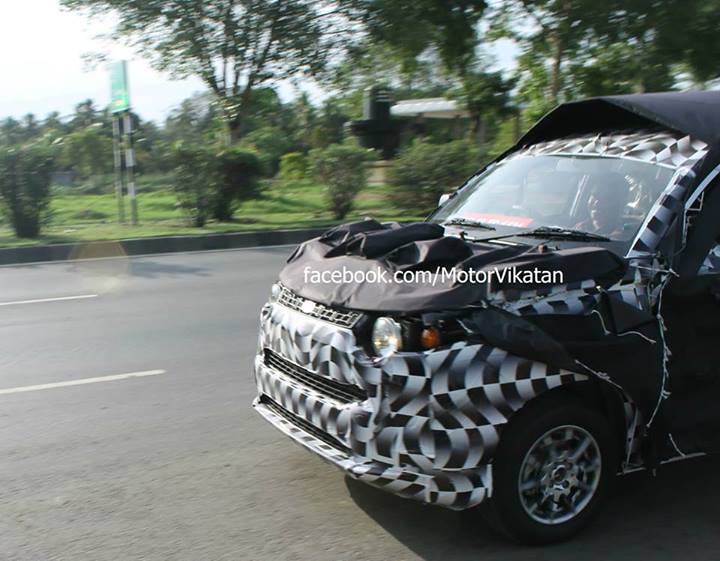 Mahindra is also developing new series of engines for its future cars. The question, then, is whether this S101 will sport Quanto’s 3-cylinder 100PS diesel engine and/or will get its new engines from the new series as well? The biggest point of discussion is S101’s expected entry price. According a speculations, S101 might start at as low as Rs 5 lakhs! Since, the car appears to be not-even-close to its production form, we expect it to take a lot of time to hit our markets.

Read All About Mahindra S101