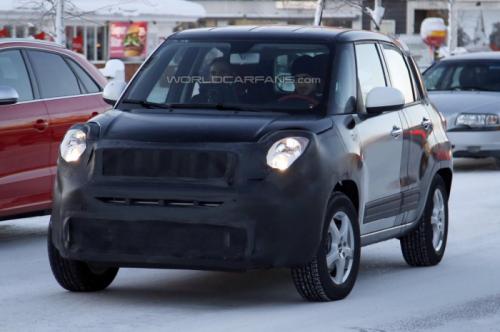 Mike Manley, President and CEO of U.S. Jeep, confirms that the upcoming subcompact will be unveiled during the Geneva Motor Show in March this year. This new crossover, unofficially being referred as ‘Jeepster,’ is based on the parent company Fiat’s handsome mini the 500L. Being a Jeep though, the all-new Jeepster will not be all that cute and soft. Jeep confirms that the Jeepster will have four-wheel drive and will be capable of flattening a few dunes and smoothing out the potholes.

A test mule of the vehicle was recently photographed undergoing cold-weather testing somewhere in Scandinavia by worldcarfans.com.

The Jeepster is expected to have the 500L derived 105 hp 0.9-liter TwinAir Turbo and a 105 hp 1.6-liter MultiJet II turbodiesel. In India, Jeepster will sport 1.4L Turbocharged petrol engine (from Linea TJET) as well as the 1.6L Multijet diesel engine that we will first see on the Linea facelift which will be launched very shortly. 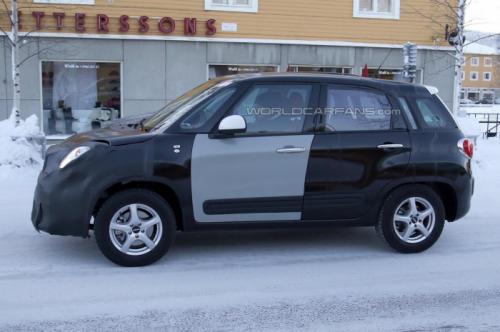 In the international markets the Jeepster is pitted against the likes of Mini Countryman and Buick Encore. Here in India, we are unsure if it would really be targeting Duster or Terrano. Both these crossovers/compact SUVs are more ‘softroaders’ than what Jeepster will have on offer and it is highly likely that the more capable Jeepster will have limited but true-blue Jeep fans as its buyers. We get the impression that Jeepster may be a 15-18 Lakh SUV.

Jeep has delayed its Indian entry however, Jeepster, we believe, will be launched according to the plan sometime in 2015. Jeepster will be the entry point for Jeep aficionados which will be followed by bigger Cherokee and the rugged and premium Wrangler and Grand Cherokee.

Also Check Out: Official List of All Upcoming Jeep Models in India