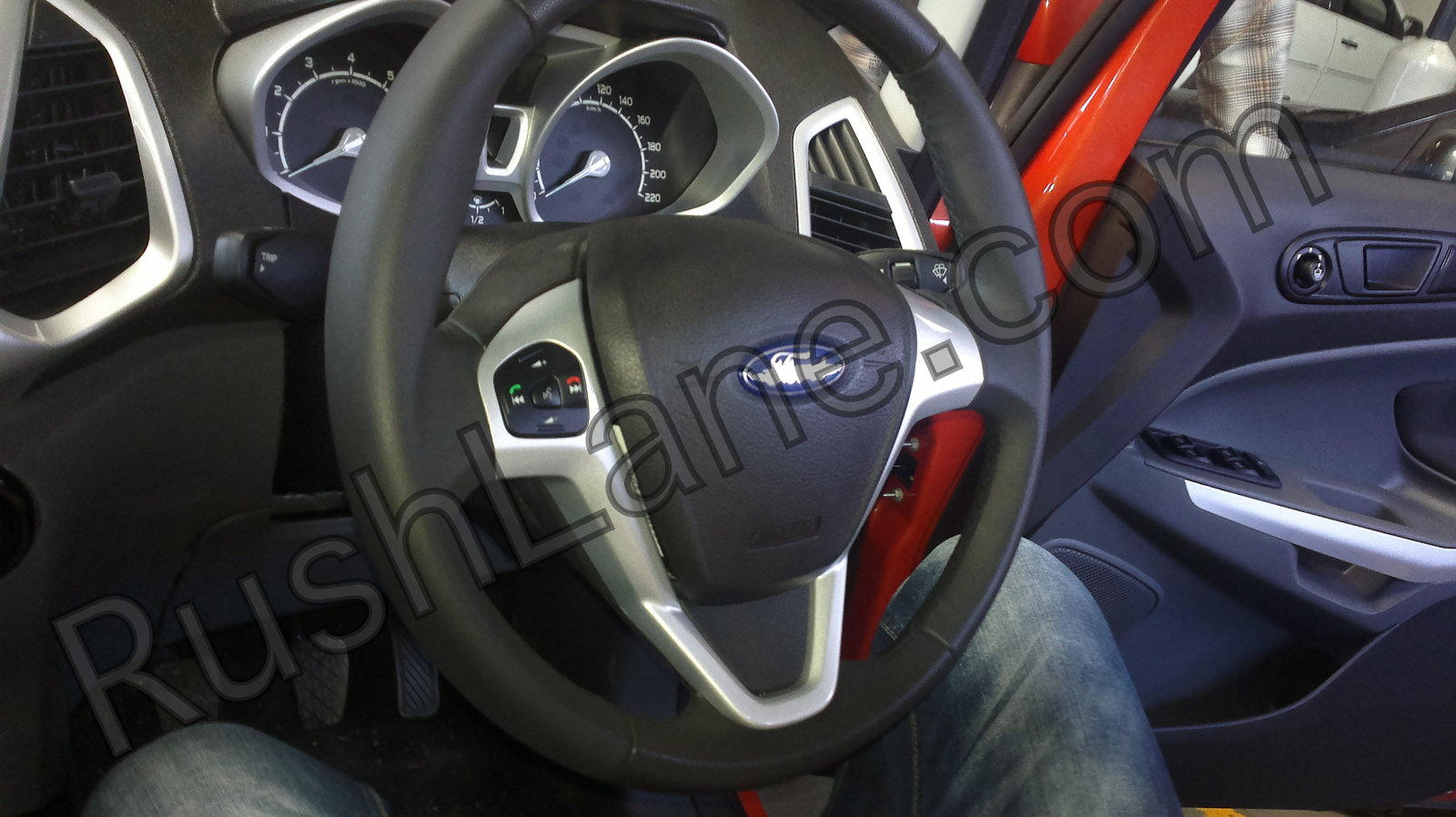 As we continue to wait for an official word on Ford Ecosport, we have landed upon a new set of spyshots of the compact SUV’s interiors which have not been so common to come by. 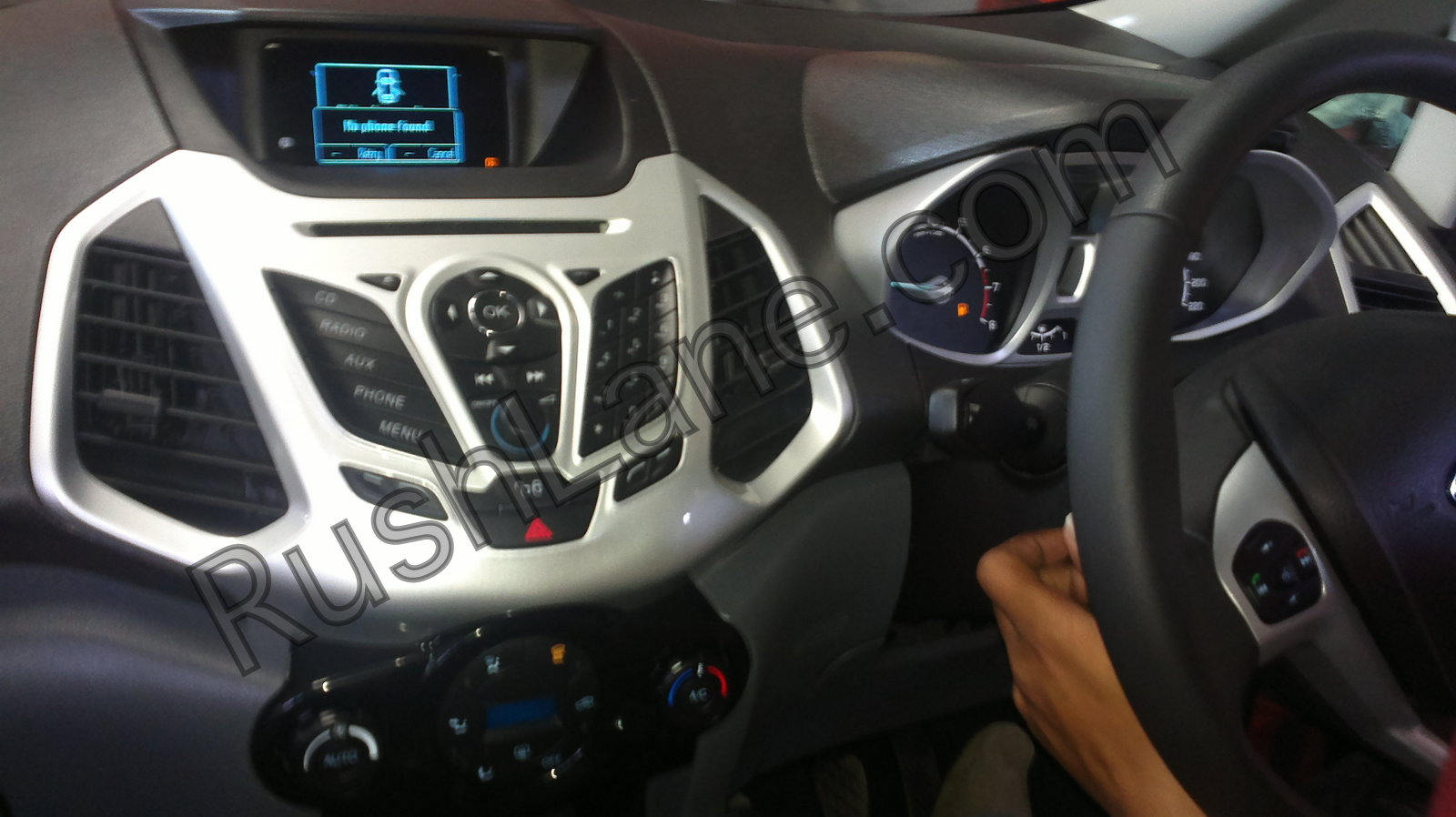 Rushlane, publisher of these pics, claim that these are interior shots of the Ecoboost petrol model. The presence of silver ascents and airbags also hint at a higher variant, probably the topmost. We have already seen interior snapshots of the Automatic variant of Ecosport which was caught a few months back. It becomes apparently clear that there is a big inspiration and parts sharing with the new Fiesta.

Right from the steering wheel to the dashboard, to the console everything bears a striking similarity. There are very minor changes which we can observe. Here are the main observations:

Bit by bit we are getting pretty closer to the Ecosport which is expected to make way soon. It has already been spotted as a dealer vehicle and expect it to soon make way into the Indian market.

Also Read: Four Reasons Why Ecosport should be Sensible Priced