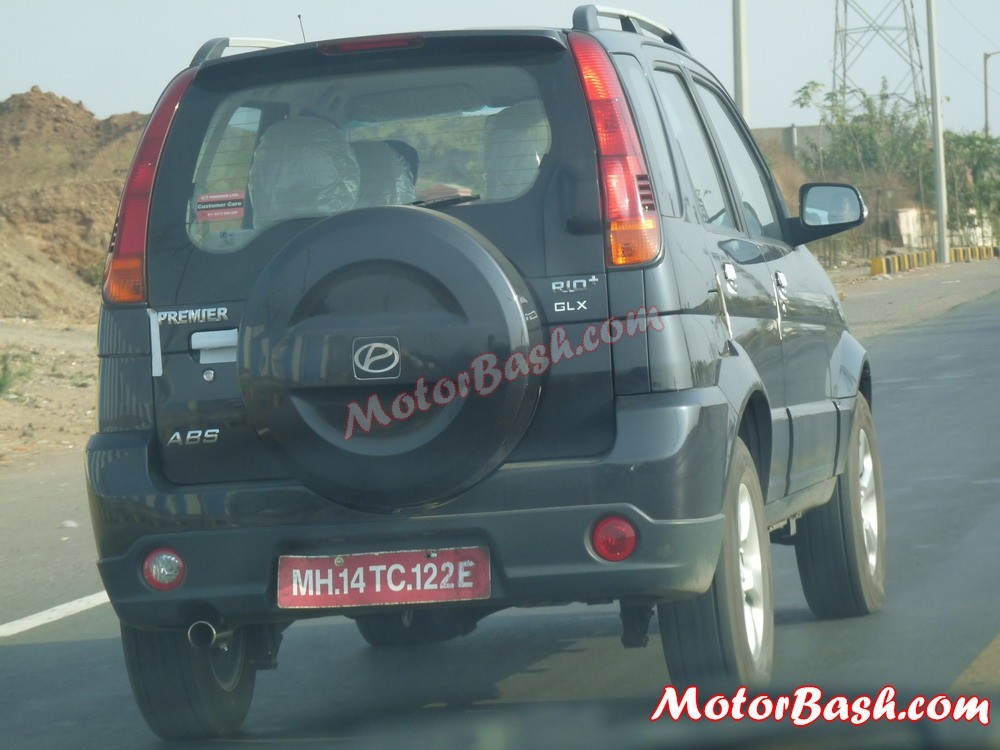 Premier launched the latest version of Rio with the famed 1.3L Multijet diesel engine sourced from Fiat. The compact SUV did become a lot more recognized and needless to say, better.

After the launch of this Rio Multijet CRDI4 in July last year, test mules of the car had eloped from Pune’s streets, obviously so! However, for the last few days, we have started witnessing Rio’s mules again on the same roads of Pune where the CRDI4 was spotted many a times.

We tried asking the drivers of one of the mules about what was he testing. Not very convincingly he said he is unsure, he has been asked by the engineers to drive. But he confirmed that the Rio he was driving was a petrol version. We let that thing pass by but frequent encounters with new test mules do bring a suspicion.

In a latest, we encounter this black colored Rio+ GLX variant running around near Pune bypass road. GLX means this is the petrol’s top variant. Now, the parent company from which Rio is rebadged, Chinese Zotye has given the the Nomad 2 a mid-life facelift in China very recently.

So, is Premier also about to lend the same to our Indian Rio? Or is it testing something related to the engine or mechanicals? We have provided the first fodder. Whatever it is, we will get to know pretty soon.

1 thought on “SPIED: Is Premier Preparing a Rio Refresh?”