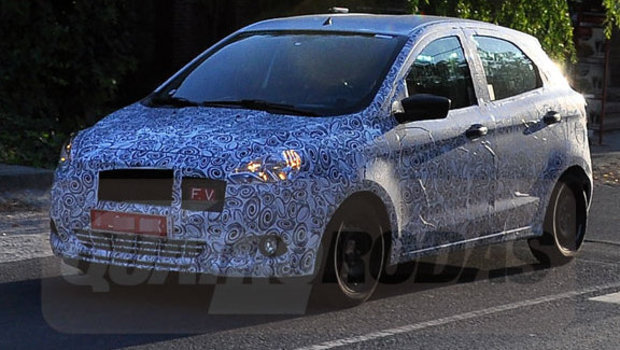 Blue Oval’s first and foremost success in India is undoubtedly Figo. It is a well-priced, well rounded hatch and offers a good experience to not just first-time buyers, but some veterans-on-a-budget as well.

Figo has also been an important driver of worldwide growth for the American auto-manufacturer. This specific platform is the perfect fit for not just the European and South American markets, but also the Indian and Chinese markets as well. It draws its roots from the Fiesta hatchback, with some tweaks done to suit local preferences and market conditions in nations like India and Brazil.

Meanwhile, a Ford Figo replacement is already under development at Brazil. Ford CEO Alan Mulaly made no bones when he stated that their crosshairs are focused on the B-segment hatchbacks, and thus there is almost no probability of a cheaper-than-Figo hatchback to originate from Ford’s stables. Could the spotted car be a Ford Figo replacement then??

Brazilian auto site, CarAndDriverBrasil was the first to carry out a render of the Ford Figo replacement model. In a revelation of sorts, a camouflaged hatchback has been spotted by some eager pairs of eyes from Quatrorodas.abril.com.br in the German city of Cologne. What adds fuel to the speculative fire is the fact that Blue Oval has a development center stationed here. Infact, the rendering carried out by CarAndDriverBrasil carries an eerie resemblance to the recently spotted camouflaged hatchback in Cologne. 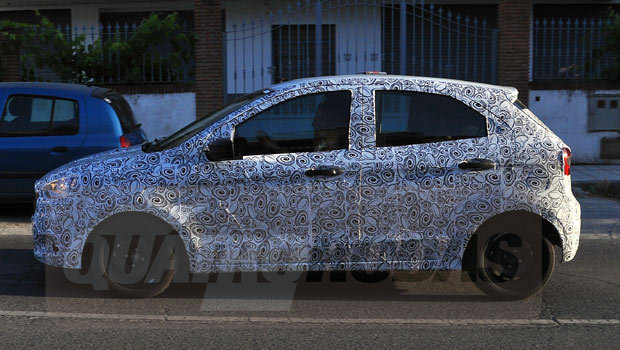 Coming back to India, we are reminded of Ford’s new facility at Sanand in Gujarat. It is undergoing construction, and is expected to start rolling out models from its assembly line early next year. It is also understood that the Ford Figo replacement might roll out from this manufacturing facility. Mash them up, and you get an idea that the Next-Gen Figo could arrive on our roads next year or the year following that. 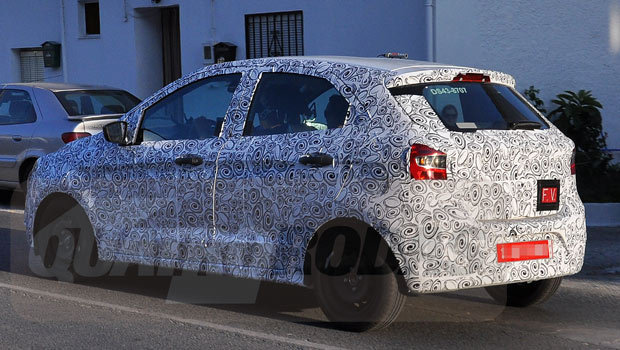 Both the Figo and the corresponding compact sedan should have petrol as well as diesel engine offerings. The 1 L EcoBoost Turbo Petrol mill is the deserving candidate here as we had shared in an exclusive report a few months back. Next-Gen Figo is, in all probability, the same car that is codenamed as B562 which is speculated to world premiere from India. (More Details)