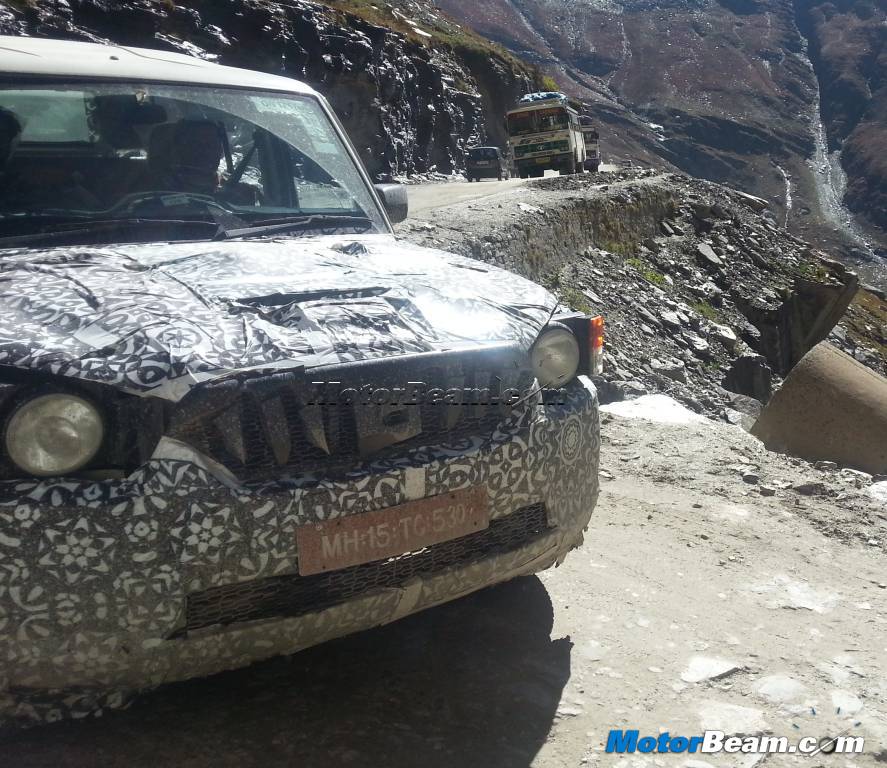 Mahindra has cleared that they will not be launching any new models in the country for at least a couple of years. And till that time, they will fill the gaps with product refreshes of almost their complete range.

One of our readers had mentioned to us about Mahindra testing the facelifted Scorpio in Ladakh region well before the first ever spyshots broke cover. Now, MotorBeam.com has shared a couple of spyshots of a fleet of Mahindra UVs from Manali which includes the upcoming Scorpio facelift.

We can see at least two Scorpio mules one with alloy wheels and another one with simple steel rims. This hints at Mahindra testing both the higher and lower variants and the lower trim might mean the M2DICR diesel engine which pumps out 75PS of power in its current form.

Other vehicle in the fleet are Xylo, Quanto and a pick-up which doesn’t appear to be Genio and more stylish than Bolero’s range of pick-ups. These do not appear to be simple convoy vehicles and there appears to be something behind them as well which we might come to know a little later. 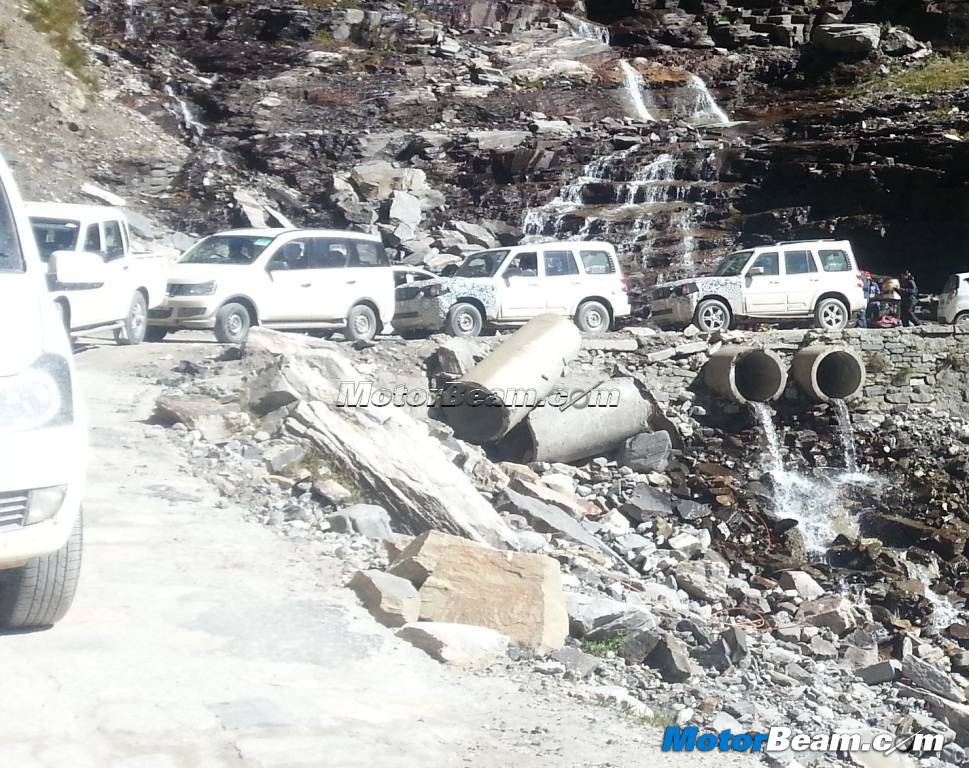 Nonetheless, rigorous testing of Scorpio facelift around such difficult terrains also point at the possibility of Mahindra tweaking the engines for better power and driveability. Don’t be fooled by the round headlamps; they are dummy pieces and the final product will be different.

The Scorpio facelift will get a different face (hopefully better) including the grille, air dam, front flowing bumper etc. The rear is also expected to go through some minor refreshment. However, it is the interiors that we expect Mahindra to work on dearly. And camouflage on them means Mahindra might just refresh them comprehensively.

Mahindra Scorpio facelift will launch in June 2014 and an all-new Scorpio will make way sometime in 2017 or 2018. Till then, whatever it will be, Mahindra intends to take care by this Scorpio facelift.