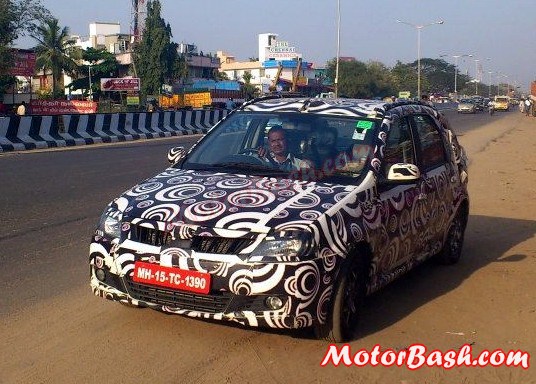 Just a day after Mahindra officially announced 18th March to be the launch date of the electric car e2o, we come up with more spy pics of the other upcoming product from their stables – Verito compact!

Mahindra has been busy testing the sub 4 meter version of their sedan, Verito and it has been caught a few times earlier as well. Today we also have a few spyshots which give us a quick glimpse of the interiors as well. These new pictures of Verito compact are shared by our ardent follower, Vijay Ganesh who caught the mule in Kollathur in Chennai. The mule is carrying load at the rear to simulate real life conditions. 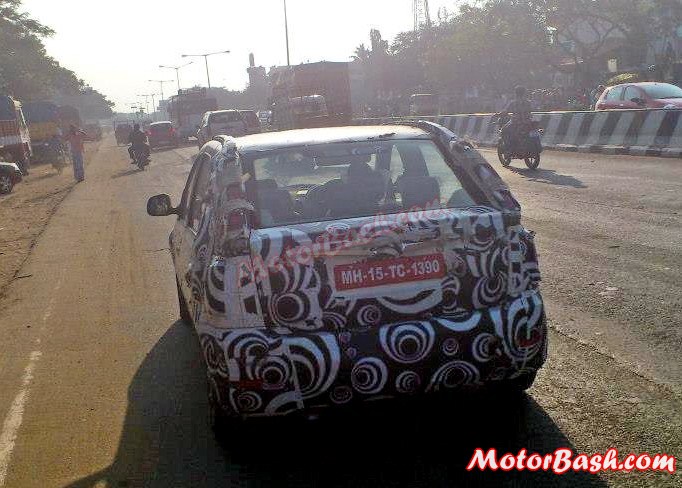 With this new offering, Mahindra will be gunning not only the Dzire but also hatchbacks like Swift, i20 among others. And, if the interior space has not been compromised, the two big USPs that would go in favor of the car will be – its price and the interior space. Launch of this Verito CS is expected within a couple of months.