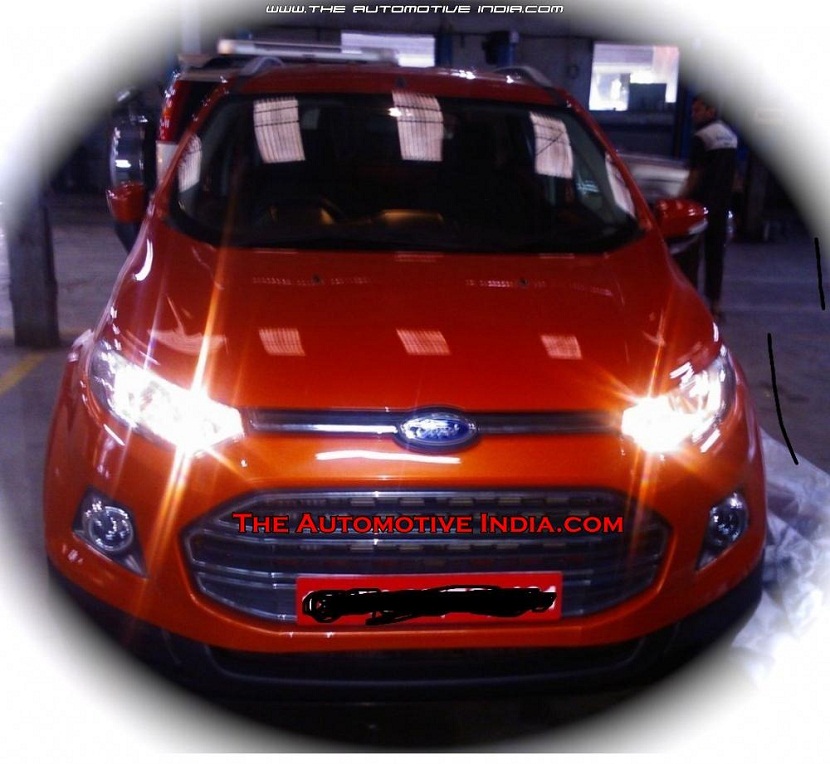 As the whole country watches in hope, newer developments on Ford Ecosport surface almost everyday. After the revelation that Ford might surprise everyone by launching the Ecosport at a very competitive price of Rs 5 Lakh, we have new set of souls who have joined the waiting bandwagons.

Now a new set of clear spyshots of an orange colored Ecosport have emerged. Published by Raja, a member of The Automotive India Forum, these pics have on display an Ecosport Ecoboost petrol Titanium. It appears that this is some company or dealership yard. This color will be the flagship and most promoted color for Ecosport as we have seen on the company’s website and Brazil. 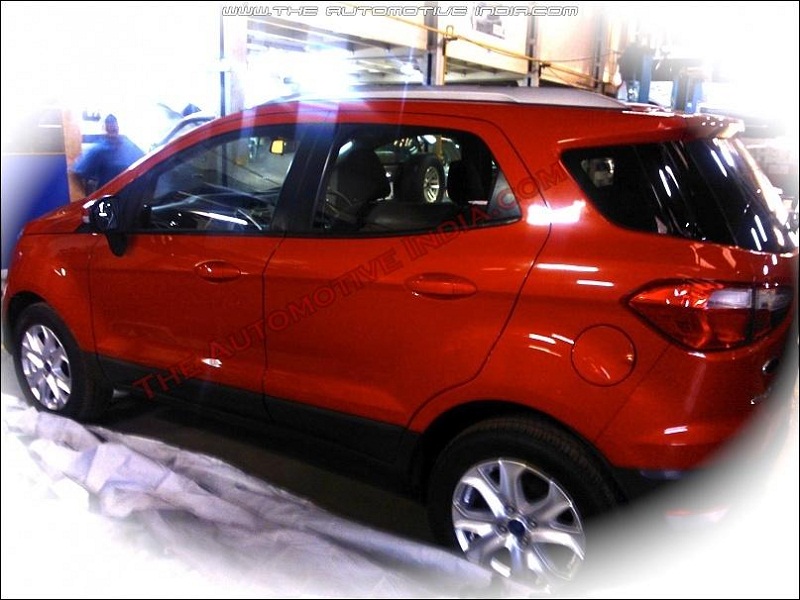 Just yesterday, we have shared with you interior spyshots of Ecosport which reveal that Ecoboost might be a high revving engine which redlines at 6.5K rpm (on the tacho). The Titanium, as has been the standards, will be the top of the line variant with chrome running across the front fascia, fog lamps, integrated (into ORVMs) side blinkers, possible DRLs, alloy wheels (which are different from the Brazilian model). 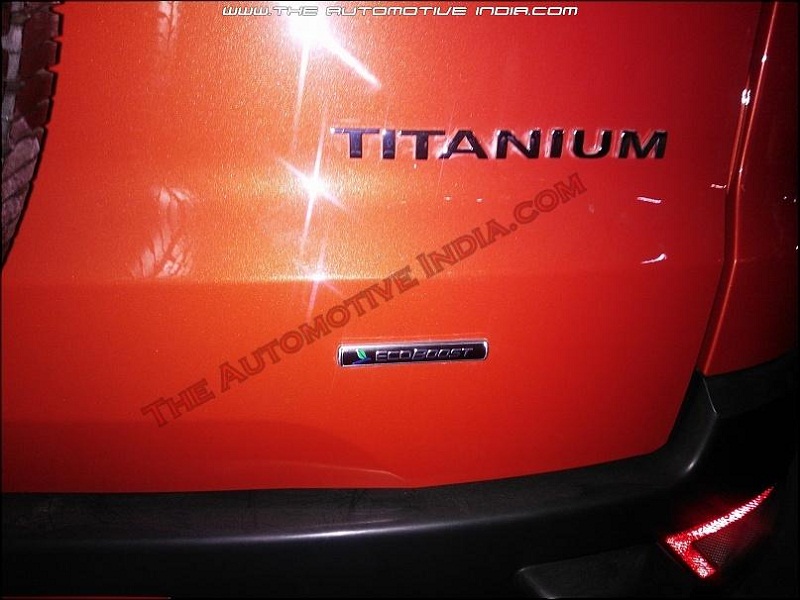 If you haven’t noticed, off late, we are witnessing pics of Ecosport from dealer yards which are the Ecoboost variants, further strengthening our belief that Ford might launch this petrol version sooner and the diesel might come later.

Also Read: Five Reasons Why Ford Ecosport Might NOT Get the 1.5L Fiesta’s Petrol Mill